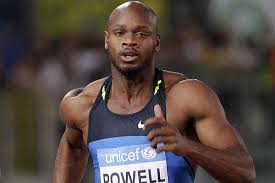 The eyes of the sporting world are not only on Jamaica but the entire Caribbean following the positive dope tests of several of the region’s world-rated athletes.

Our image has taken a whopping beating in the international community given our rise to prominence in recent years as an athletic powerhouse on the world stage.

In one month, the positive doping tests on the likes of Veronica Campbell-Brown, Asafa Powell and Sherone Simpson – all Olympic gold medalists have resulted in the world focusing on us as cheats.

Questions will now be asked, and quite rightfully so of the region’s biggest athletic icon, Usain Bolt, his compatriot Yohan Blake and our own Kirani James.

One major Italian newspaper has already jumped on the bandwagon with a headline that suggested that Bolt is surrounded by dope. It is clear that a particular message is being conveyed to the international sporting world about our athletic prowess.

The recent dope cases involving our elite athletes in the Caribbean should be met with a response from our regional leaders at the level of the Caribbean Community (CARICOM) and not left only to Jamaica.

Our region has been put on the map due to our performances at international games like the Olympics and World games such as next month’s athletics meet in Moscow.

It is reported that the University of the West Indies (UWI) has the facilities to test each and every stimulant and vitamins that our athletics need to put into their system.

THE NEW TODAY is calling for systems to be put in place so that greater use can be made of these facilities in order to make our athletes drug-free.

The back and forth between Asafa Powell, Sherone Simpson, their agent and trainer on who gave what and when to the athletes will not solve the problem.

The athletes are fully aware of the fact that they – and not the coach, trainer or whoever are the ones responsible for what goes into their systems.

There is an old saying, “If in doubt leave out