Government has responded to statements made by United Workers Party (UWP) Leader Allen Chastanet regarding its decision to join ALBA.

In a statement issued by the press secretary on Tuesday morning, the government labeled some of the opposition member’s comments as “false.”

Chastanet had called on the prime minister to make the details of the agreement between ALBA and St. Lucia public, in addition to raising several other concerns about the matter.

Chastanet had said he was worried that the new relationship with ALBA could lead to possible fall-outs between St. Lucia and some of its traditional partners such as the United States, the United Kingdom and the OECS, since ALBA members had agreed to expel USAID and support Argentina over the Falklands, and to join a new currency.

The government’s press release responded, “Clearly, Chastanet is blissfully unaware of the fact that three other members of the OECS, namely Dominica, St. Vincent and the Grenadines and Antigua and Barbuda, have been members of ALBA for over four years – over five in the case of Dominica. Therefore, we are at pains to understand how Saint Lucia joining the ranks of three of its sister OECS Member States will cause ‘potential fallout’ within the organization,” the government release said.

It further stated, “To compound matters, Chastanet implied that before Saint Lucia can join any organization, the executive must first seek parliamentary approval. Is Chastanet suggesting that Parliament should have approved Saint Lucia joining the Caribbean Tourism Organization or the Food and Agriculture Organization? Obviously Allen Chastanet does not understand the role of the cabinet as distinct and separate from the role of Parliament.

“Allen Chastanet would be better served if he were to acquaint himself with the workings of our regional organizations and the respective roles and responsibilities of the executive and the legislature before he makes another of his so-called addresses to the nation,” the release said.

The government also pointed to Chastanet’s questions with regards to an announcement by Venezuela to increase its Petrocaribe interest rates. 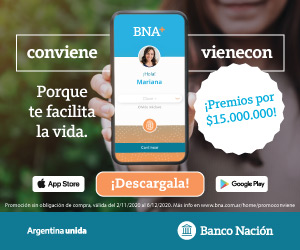