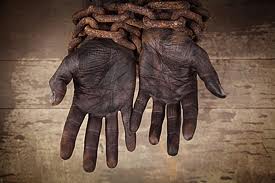 The Antiguan representative on the region-wide Reparations Commission seeking compensation from Europe for native genocide and enslavement of Africans during colonization, says there is much work to be done in the quest for reparations. Dorbrene Omarde says he hopes their efforts will eventually result in  negotiations with Britain and the other European nations concerned, including France and Holland.

“I think we envisage a process where there is an exchange of correspondence between the CARICOM heads of Government and the European powers” Omarde has explained. He said the region would be, at the appropriate time “requesting meetings, requesting negotiations, requesting that we sit at the same table and talk a bit about this issue”. According to Omarde, there is strong support among European people on the question of reparations.

“Europeans themselves are not particularly pleased now that they’re learning the history of their forebears about the cruelty and the genocide and the murder that their forebears exercised to give them the standard of living that they now have,” the Antiguan said. Commenting further on the process forward, Omarde explained that the exchange of letters he mentioned earlier could be followed by a challenge in local or European courts as the next step.

He added that if that process fails, the region could then present its case to an international tribunal. The reparations commission is headed by  Professor Hilary Beckles of the University of the West Indies. Omarde says Dr Beckles’ recent publication  – “Britain’s Black Debt: Reparations for Caribbean Slavery and Native Genocide”, is viewed as a handbook for going forward in the quest for reparations.