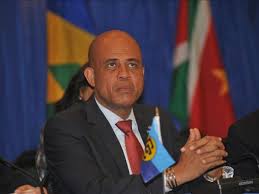 Haiti’s Prime Minister Laurent Lamothe returned to Haiti during the weekend from a European tour that took him to France and Belgium, where European Union officials committed to providing 532 million Euros to help the Caribbean country implement most needed projects.

Lamothe explained that Haiti needed funds to continue ongoing projects and initiate new programs likely to change living conditions in the country where most Haitian are living on less than US$2 per day.

“The trip was very productive and I believe there is a better understanding on the part of our partners about our efforts and resolve to bring about change in Haiti,” Lamothe told HCNN on Monday.

“Contrarily to what was the practice so far, the European Union is open now to channel resources to fund projects through the government instead of through NGOs,” he said.

Lamothe also mentioned the fact that his government may now receive direct budget support from the EU and other donors.

“Our administration is based on transparency and we are doing more effort everyday to make sure this becomes a culture in the public administration,” Lamothe said.

During his visit to France and Brussels, Lamothe met with president of the European Council Herman Van Rompuy; French prime minister Jean-Marc Ayrault, and secretary-general of the association of French-speaking countries (La Francophonie) Abdou Diouff, among other international officials.