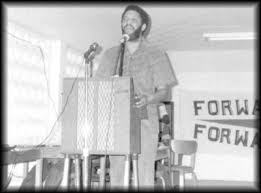 This is Maurice Bishop speaking.

At 4.15 am this morning, the People’s Revolutionary Army seized control of the army barracks at True Blue.

The barracks were burned to the ground. After half-an-hour struggle, the forces of Gairy’s army were completely defeated, and surrendered.

Every single soldier surrendered, and not a single member of the revolutionary forces was injured.

At the same time, the radio station was captured without a shot being fired. Shortly after this, several cabinet ministers were captured in their beds by units of the revolutionary army.

A number of senior police officers, including Superintendent Adonis Francis, were also taken into protective custody.

At this moment, several police stations have already put up the white flag of surrender.

Revolutionary forces have been dispatched to mop up any possible source of resistance or disloyalty to the new government.

I am now calling upon the working people, the youths, workers, farmers, fishermen, middle-class people, and women to join our armed revolutionary forces at central positions in your communities and to give them any assistance which they call for.

Virtually all stations have surrendered. I repeat. We restress, resistance will be futile. don’t be misled by Bogo DeSouze or Cosmos Raymond into believing that there are any prospects of saving the dictator Gairy.

The criminal dictator, Eric Gairy, apparently sensing that the end was near, yesterday fled the country, leaving orders for all opposition forces, including especially the people’s leader, to be massacred.

Before these orders could be followed, the people’s revolutionary Army was able to seize power. This people’s government will now be seeking Gairy’s extradition so that he may be put on trial to face charges, including the gross charges, the serious charges, of murder, fraud, and the trampling of the democratic rights of our people.

In closing, let me assure the people of Grenada that all democratic freedoms, including freedom of elections, religious and political opinion, will be fully restored to the people.

The personal safety and property of individuals will be protected. Foreign residents are quite safe and are welcome to remain in Grenada.

And we look forward to continuing friendly relations with those countries with which we now have such relations.

Let me assure all supporters of the former Gairy government that they will not be injured in any way. Their homes, their families and their jobs are completely safe, so long as they do not offer violence to our government.

However, those who resist violently will be firmly dealt with. I am calling upon all the supporters of the former government to realize that Gairy has fled the country and to cooperate fully with our new government. You will not be victimized, we assure you.

People of Grenada, this revolution is for work, for food, for decent housing and health services, and for a bright future for our children and great grand-children.

The benefits of the revolution will be given to everyone regardless of political opinion or which political party they support.

Let us all unite as one. All police stations are again reminded to surrender their arms to the people’s revolutionary forces.

We know Gairy will try to organise international assistance, but we advise that it will be an international criminal offence to assist the dictator, Gairy.

This will amount to an intolerable interference in the internal affairs of our country and will be resisted by all patriotic Grenadians with every ounce of our strength.

I am appealing to all the people, gather at all central places all over the country, and prepare to welcome and assist the people’s armed forces when they come into your area. The revolution is expected to consolidate the position of power within the next few hours.

LONG LIVE THE PEOPLE OF GRENADA!
LONG LIVE FREEDOM AND DEMOCRACY!
LET US TOGETHER BUILD A JUST GRENADA!’ 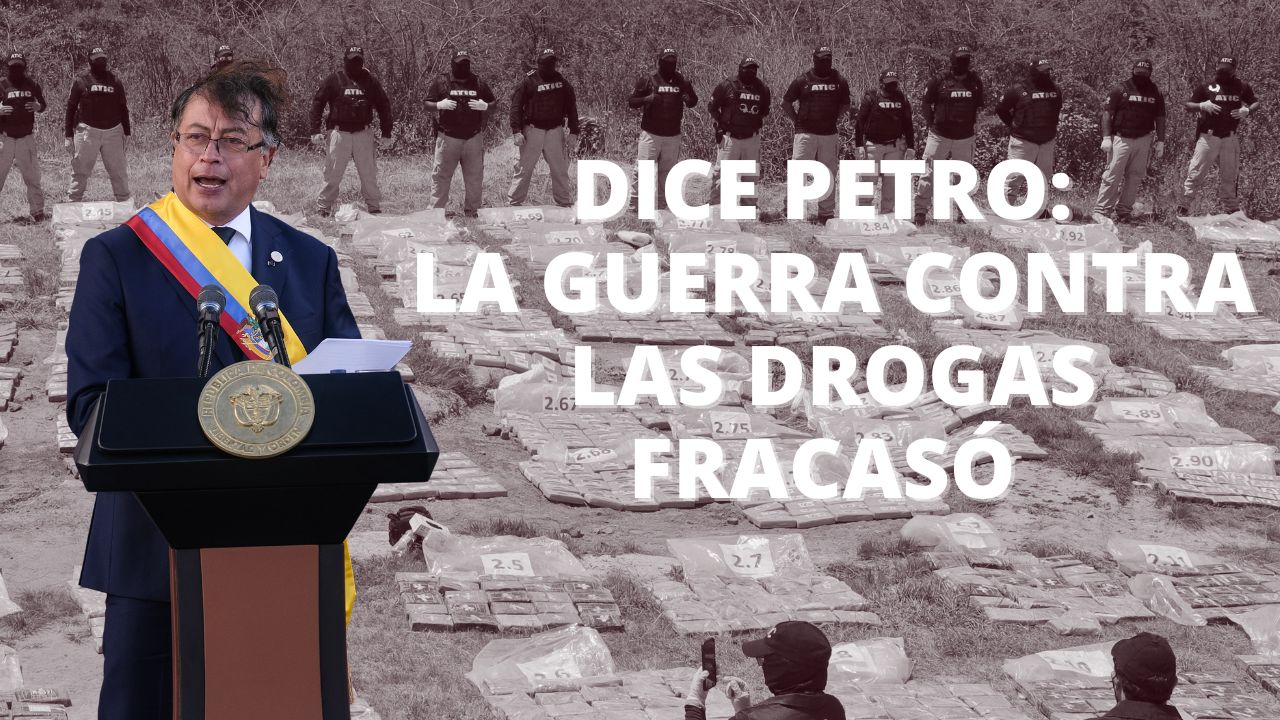 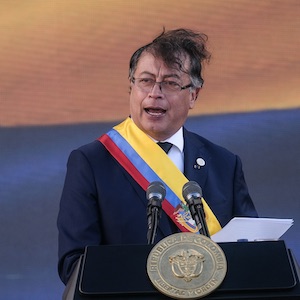