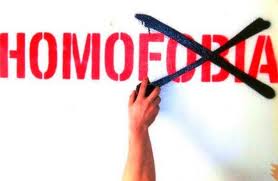 The Caribbean Court of Justice (CCJ) has started hearing applications for special leave to commence proceedings in a case in which a Jamaican national is challenging the immigration laws of Trinidad and Tobago and Belize.

Maurice Tomlinson, who is homosexual, claims that the Immigration Act in these two Caribbean Community (CARICOM) countries violates his freedom of movement as a national within the 15-member grouping.

He is arguing that the both countries are contracting parties to the Revised Treaty of Chaguaramas that governs the regional integration movement and that the Immigration Act includes homosexuals “as a class of persons who are prohibited from entering their jurisdiction”.

Last month, the CCJ ordered Barbados to Myrie BDS$75,000 (One BDS dollar = US$050 cents) in compensation after it found that Bridgetown had breached the rights of the Jamaican national when she sought entry into the country in 2011.