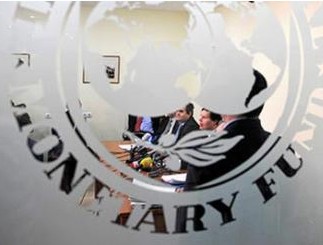 A release from the IMF says the Extended Credit Facility is to support an ambitious programme, embarked on by the one-year-old Keith Mitchell administration, to correct the country’s fiscal imbalances and lift sustainable growth.

The agreement is expected to further bolster initiatives, already set in motion by the new government, aimed at cutting expenditure and raising new stream of revenue.

The new programme, the IMF says, is aimed at restoring fiscal and debt sustainability, boosting long-term growth through structural reforms, and safeguarding the financial sector.

“The agreement reached with the authorities is subject to approval of the IMF’s Executive Board and is contingent upon the timely completion of prior actions to be taken by the Grenadian authorities and obtaining the necessary financing assurances,” Aliona Cebotari, IMF mission chief to Grenada, said.

“The cornerstone of the programme is a strong fiscal adjustment focused on curbing current spending and widening the revenue base, while maintaining space for infrastructure spending and social safety nets.”

Ahead of the weekend announcement by the IMF, Prime Minister Dr. Keith Mitchell told a meeting of stakeholders, fine tuning a five-year growth and poverty reduction strategy on Friday, that a collective approach is required for Grenada to meet the targets of the IMF deal.

Previous Growth facility and extended growth facility programmes with the IMF collapsed under the previous Tillman Thomas administration after they failed to meet IMF targets.

“Another key element of the program is to bolster competitiveness and thus raise sustainable growth and reduce poverty,” Cebotari said.

“Reforms will focus on removing constraints to growth through the liberalization in the renewable energy and other strategic sectors, improving the investment environment, and putting in place the legal infrastructure for public private partnerships.”

Prime Minister Mitchell has said that Grenada was unable to pay its creditors and was seeking the assistance of the international community to restructure its debt.

The IMF deal is expected to pave the way for Grenada to access at least US$100 million in grants and soft loans from donors and friendly countries.

“The fiscal adjustment will be complemented by a comprehensive debt restructuring, which will aim to secure meaningful debt reduction, address financing shortfalls, and put Grenada’s public debt firmly on a downward path towards the Eastern Caribbean Currency Union (ECCU)’s regional target of 60 per cent of GDP by 2020,” the IMF official said.

“Grenada will emerge stronger and more dynamic from the programme, and it will be better poised to generate growth and job creation going forward.”
http://nowgrenada.com/2014/03/us21-9-million-imf-agreement/