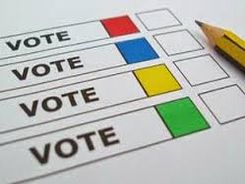 Once at least 85 per cent of registered voters turn out to exercise their franchise on Election Day, which is just two days away, the United Progressive Party (UPP) will record victory at the polls, the latest CASURO poll predicts.

“In fact, we believe the average turnout will be about 90 per cent,” the poll, released yesterday, revealed. “Once this is borne out, the UPP’s chance to retain power is greater as about 51 per cent of nationals have declared support for the UPP versus about 32 per cent who declare support for the ALP.”

The latest CASURO survey was conducted in five constituencies over four days that ended on June 6. According to the findings, the contest in St John’s Rural North remains very close, as the data collected showed the opposition Antigua & Barbuda Labour Party (ABLP) was leading by just over 3 per cent.

“In St Paul, the barometer continues to move away from the (ABLP), but remains as in May, too close to call. There, the UPP has 41 per cent vote support up to June 3, versus 40 per cent for the (ABLP). The Antigua and Barbuda True Labour Party (ABTLP) has a 3 per cent vote support. The non-committed group equals 16 per cent,” the poll said.

It noted that while third parties manage to capture a small percentage of the votes, the ABTLP factor could have a major impact on the actual outcome.

In St John’s City South, the ABLP continues to trail behind for three consecutive polls with the gap continuing to widen with the non-committed group falling significantly.

Additionally, the UPP is said to be leading by over 30 per cent in Belmont and Briggins and 20 per cent ahead of the ABLP in Ovals, the polling divisions where the UPP lost in the 2004 and 2009 general elections.

“The UPP’s candidate, Mervyn Richards, seems to resonate well with the constituents. He is outstripping the incumbent,” the poll said.

“The June poll also shows that the UPP is ahead in St Mary’s South with 48.437 per cent voter support.

The poll results also showed that the UPP had a 6 per cent lead in St John’s Rural East.

The main opposition Antigua and Barbuda Labour Party (ALP) is likely to win a minimum of 10 seats in Thursday’s general election, according to a new opinion poll released here on Tuesday.

The poll done by the Barbados-based Caribbean Development Research Services (CADRES) indicates that the ALP would hold on to the seven seats in controlled in the outgoing Parliament and “should capture all three, if not two of the UPP’s (United Progressive Party) weakest seats”.

CADRES said that it had conducted the poll in the three weakest seats of the ruling party as it had done for the opposition ALP based on the outcome of the 2009 elections, a few weeks ago.

“This approach to polling was a unique strategy devised to provide insight into the six marginal seats for the June 12th election. Last week’s assessment indicated that the ALP was unlikely to lose any of its three weakest seats and would therefore presumably hold all the stronger seats in this election.

“ On this occasion, the focus is now on the UPP’s three weakest and the approach used to polling was identical to that used to read the ABLP’s,” said CADRES director, Peter Wickham.

He said the CADRES estimation technique relies on an analysis of swing and as with last week’s report; the details have been omitted in deference to more relevant information.

The Caribbean Community (CARICOM) and the Organization of American States (OAS) will both observe the Antigua and Barbuda general elections, to be held on Thursday, June 12, 2014, joining another electoral observation team from the Commonwealth.

The OAS electoral observation mission (OAS/EOM) has also arrived in St John´s, led by chief of mission Rosina Wiltshire, who brings Caribbean and global experience to the team, which is composed of 16 observers from Argentina, Barbados, Canada, Chile, Colombia, France, Haiti, Mexico, Spain, Trinidad and Tobago, and the United States.

The overall objective of the missions is to observe that the electoral process is carried out with impartiality, transparency and reliability. The delegation will meet with representatives of political parties and government officials, as well as with members of the media and social organizations. On Election Day, observers will be present in polling stations across all 17 constituencies in Antigua and Barbuda from the opening of the polls to the counting of votes and the publication of results.

The OAS mission will implement two methodologies to observe campaign financing and gender equality. In the case of political financing, the mission will focus on transparency and fairness. In the case of gender equality, it will analyze the access of men and women to elected office and their participation in the process. In addition, the OAS/EOM will analyze the legal framework for the resolution of electoral disputes.

The first members of the OAS mission arrived in the country on Thursday June 5. Since then, they have held meetings with different political actors. This is the second time the OAS has observed an election in Antigua and Barbuda. The first mission was deployed in 2009.

The day after the election, the OAS/EOM will present its preliminary findings in a press conference and will subsequently present a report to the Permanent Council of the Organization in Washington, DC.

Widespread allegations of voter fraud have been reported prior to the arrival of the various observer missions and, according to some commentators, the observers’ arrival in the country just a few days before the elections has deprived them of any opportunity to witness or investigate alleged vote-buying that has been widely reported in social media and on local radio call-in shows.