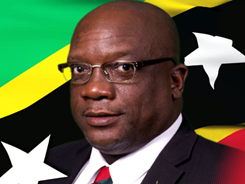 AFTER more than 12 hours since the last public announcement was made in the count of the 2015 General Elections results, Supervisor of Elections Wingrove George late this afternoon (Feb. 17) officially declared Team Unity the winner.

Speaking on the state­owned ZIZ radio and television, George announced that the incumbent Marcella Liburd of the St. Kitts­Nevis Labour Party (SKNLP) had defeated Jonel Powell of the People’s Action Movement (PAM) to retain her Constituency Two seat, while the incumbent Sam Condor of the People’s Labour Party (PLP) had lost his Constituency Three seat to newcomer Konris Maynard of the SKNLP.

He also announced that outgoing Prime Minister Dr. Denzil Douglas of the SKNLP had retained his seat while defeating PAM’s first­timer Vernon Connor in Constituency Six, and Dr. Timothy Harris of the PLP and Leader of the tri­party Team Unity retained his Constituency Seven seat contesting against another SKNLP’s newcomer, Dr. Vance Gilbert.

Leader of the PAM and Deputy Leader of Team Unity, Shawn Richards retained his seat while defeating Dr. Norgen Wilson of the SKNLP in Constituency Five, and Ian ‘Patches’ Liburd defeated SKNLP’s incumbent Dr. Asim Martin in Constituency One.

Over on sister isle Nevis, NRP’s incumbent Patrice Nisbett retained his Constituency 11 seat against the Concerned Citizen’s Movement’s (CCM) newcomer at this level, Alexis Jeffers, while Premier Vance Amory of the CCM remained steadfast against NRP’s first­timer Cory Tyson in Constituency 10, and his Deputy Mark Brantley, who is also a Deputy Leader of Team Unity, also retained his seat in Constituency Nine against Robelto Hector of the NRP.

The tri­party Team Unity (PLP, PAM and CCM) will now form the Federal Government of St. Kitts and Nevis with Dr. Timothy Harris as the new Prime Minister after winning seven of the 11 seats.

Today is a great day!! Team UNITY has won the general election in St. Kitts and Nevis. In an unprecedented turn of events, the supervisor of elections has abruptly suspended reporting the results of the returns of the constituency representative….

At this time, we ask the people of St. Kitts and Nevis to be patient and to remain calm.

Our Democracy will prevail and the fresh start we have all been yearning will come to fruition.

Your resolve, strength and our UNITY is changing our country for the better. Change is here and I know you can feel it. Again, I ask you to continue to be patient.

We call upon the supervisor of elections to continue the democratic process and to complete his job. We call upon him to immediately certify the writ of election and to send the results to the Governor General.

We find his actions totally unacceptable and ask him to rectify this very important matter with a sense of urgency. The people have a right to know who is governing them. It is critical that the Supervisor of Election inform the people of the results of the election. The people have the right to know.

Again we want you to remain calm. We want you to be joyful and happy. I expect the supervisor of elections will do the right thing quickly. 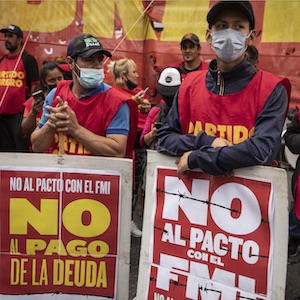