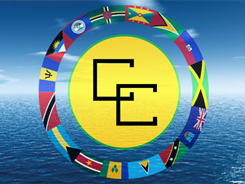 The Caribbean Community ( CARICOM’s) engagement with important third countries is among matters on a packed agenda of a Meeting of the Region’s Foreign Ministers in Saint Lucia, 20–22 May, 2015.

This Eighteenth Meeting of the Council for Foreign and Community Relations (COFCOR) will also discuss modalities for selection of candidates for international organisations and matters related to the Region’s participation in hemispheric and international bodies including the United Nations (UN), Organisation of American States (OAS), Community of Latin American and Caribbean States (CELAC), and theCommonwealth.

The Meeting will also consider the establishment of a Regional consultative process on migration.

These were among issues recommended for action by a preparatory meeting of technical officials from Member States held 27-28 April, 2015.

The Foreign Ministers will also devote part of their meeting to engagements with their counterparts from Ecuador, Japan, New Zealand and Sweden on matters of mutual interest.

The meeting begins on the evening of 20 May, 2015 with an official opening ceremony.