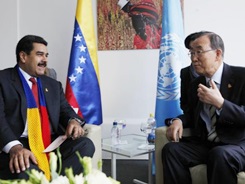 As the controversy continues between Guyana and Venezuela with regard to the Spanish- speaking country laying claim to Essequibo, the People’s Progressive Party/ Civic (PPP/C) has reprimanded the present Administration for the manner in which it is handling bilateral relations between the two countries.

PPP General Secretary Clement Rohee, during a media briefing at Freedom House Monday, stated that the new Government has already committed major economic blunders as it relates to bilateral agreements between Venezuela and Guyana.

He made reference to the oil-for-rice deal between the two countries which comes to an end in November as well as preventing CONVIASA, Venezuela’s state-owned airline, which had not paid the mandatory security fee, from landing at the Cheddi Jagan International Airport (CJIA) quite recently.

This decision had resulted in hundreds of passengers heading to Venezuela being stranded at the airport. Rohee explained that such a move was “inexcusable” by Government and when the PPP/C was the ruling party, it always tried to maintain a common balance with other countries especially those that have bilateral agreements with Guyana.

“I think diplomacy has to be done in a certain way, diplomacy has to do with toning down, exerting every effort at toning down, even though the adversary would have adopted the position that you are against…We are upset with this Government about the mishandling of the diplomatic bilateral relations between these two countries. That’s where our beef is.”

According to the PPP General Secretary, there are a number of signed bilateral agreements between Guyana and Venezuela which have the potential to generate and develop closer ties between the two. Meanwhile, he noted that the A Partnership for National Unity+ Alliance For Change (APNU+AFC) Administration was not letting the public know the outcomes of various bilateral meetings that it has or should have participated in. The Guyanese public should be aware of such events since they are matters of national interest.

“I did not hear anything from Granger about what took place between the Guyana delegation and the Venezuelan delegation during the Caricom summit. We have heard nothing. Did they meet? And if they met, what did they discuss?”

Rohee also lamented that Foreign Affairs Minister Carl Greenidge recently met with the Organisation of American States (OAS) and there was no public update on what transpired at the meeting except what Greenidge reportedly said. “The nation ought to know.

So these are the kind of searching questions we need to have answers to in respect to Guyana’s bilateral relations with Venezuela. As well as the search for support and solidarity from other countries by Guyana … You’re not seeing any effort at dialogue, at overcoming the hurdles,” Rohee added. 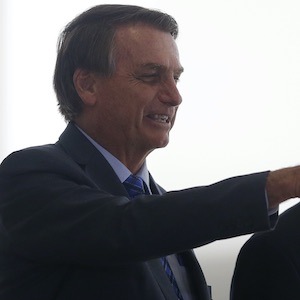