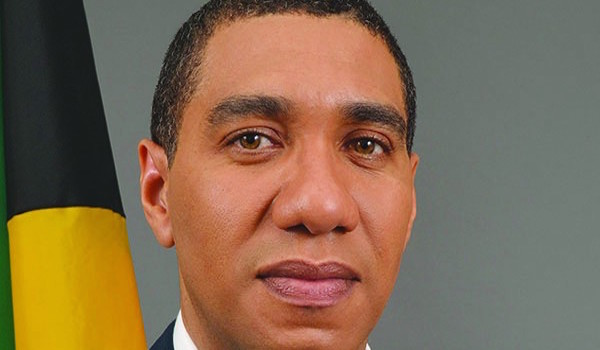 The polls will be memorable for the low voter turnout — barely more than one-third of the electorate. But they also sent a message to politicians that Holness acknowledged in his acceptance speech at Jamaica Labour Party (JLP) headquarters in Kingston last night.

“And so, from this platform, I make the commitment to you that your new Government will not be Government as usual. We don’t take it that we have won a prize. We have been given stewardship of the country, and we stand to be held to account for our stewardship,” he said.

“We are under no illusions as to the ability of the Jamaican people to hold their Government to account,” he added.

“Our campaign was issues-based. We focused on the things that you told us were important to you. We developed plans around them, and we discussed those plans with you, and we intend to be faithful to those plans. We will grow the Jamaican economy. We will create jobs. We will give you an accountable and responsive Government,” Holness said.

In conceding defeat, PNP President Simpson Miller commended the JLP, but warned that her party would not allow them to wreck the economy.

“We have done our best. I hope and pray that what we achieved on behalf of this country will not be ruined. I hope those who succeed us will not throw away the gains made by the People’s National Party Government,” she said.

“We have regained the respect of international governments and the international community. The fact is, we are not quarrelling with anyone. This is Jamaica, and we have a responsibility,” Simpson Miller addded.

“I am not watching any of them. As a woman, I don’t watch man. What our team is going to do is monitor everything that happens and every decision taken. We did all we could to make it easier for the Jamaican people,” she said.

“If anything, we are stronger than yesterday. This is a time for us to get back to the drawing board,” Simpson Miller said.

Analysts immediately attributed the JLP win to Holness’s 11th-hour 10-point plan and its centrepiece income tax proposal, as well as the refusal of the governing party to participate in national political debates.

Holness’s proposal that a Government led by him would “get rid of personal income tax for everyone who earns a gross salary of $1.5 million or less” created the biggest buzz during the campaign, as the PNP and some financial analysts slammed it as unworkable. They also argued that it would derail the economic reform programme approved by the International Monetary Fund.

The income tax proposal is part of a 10-point plan that Holness said his Government would implement to spur economic growth.

But Holness said he and his team were confident in their numbers, because they have been thoroughly researched.

“Moreover, our plan will not affect government revenue. It will not be inflationary because there is productive capacity in Jamaica to respond to increased demand. In fact, there will be a positive impact for your household and for our economy. Together we can build a better Jamaica,” Holness said at his party’s final mass rally in Half-Way-Tree last Sunday.

The election was also marked by questions raised by PNP campaign director Dr Peter Phillips about the house being built by Holness and his wife in Beverly Hills, St Andrew.

The questions have resulted in Holness’s wife filing a lawsuit against Phillips for defamation.

The PNP apparently also lost support among the electorate for its refusal to participate in national debates unless Holness apologised to Simpson Miller for comments he made about her on nomination day.

The party had also placed as a condition of its participation in the debates, a demand that Holness answer the questions about the funding of his house.

But even after Holness answered the questions, the PNP insisted that he needed to say more.

The PNP also entered the election with disaffection among its ranks, as supporters in a number of constituencies were unhappy with the party’s candidates and made their anger known publicly.

The PNP’s defeat came just over four years after it took power in December 2011 to make the JLP the first one-term Government since Independence.