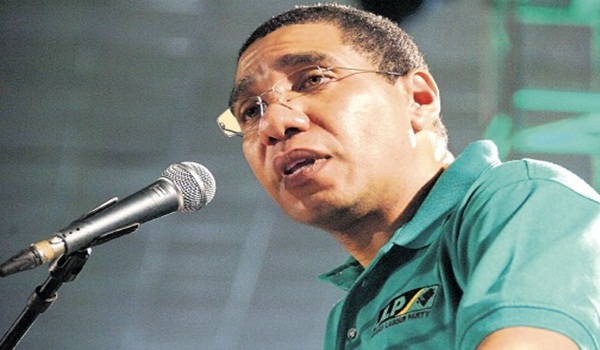 Prime Minister designate Andrew Holness says he has spoken with the Director of Elections Orrette Fisher asking him to move as quickly as possible in completing the final count and certifying the majority of the new Jamaica Labour Party government.

According to a just received released from the JLP, Holness pointed out that any delay could have serious effects on Jamaica ‘s macroeconomic and financial market indicators.

In the release Holness reassured the nation that he has already moved to take charge of the government and as soon as counts are finalised, will be sworn in.

AS the recounting process of ballot boxes continue, tensions remain high in both political parties.

Yesterday, Orrette Fisher, director of elections, halted the process of the final count of ballots in the St Thomas Western constituency and requested that the boxes be moved to the headquarters of the Electoral Office of Jamaica (EOJ) on Duke Street in Kingston where the recount will take place.

When the Jamaica Observer contacted Fisher to ascertain the reason behind the order, he said based on concerns of staff and party officials regarding the conditions and space at the St Thomas office, he made the decision.

“A number of persons expressed concern, and I thought it was in the best interest to move the counting to the EOJ office,” he said.

With regard to how soon the final results will be known for the seat contested by the Jamaica Labour Party’s (JLP) James Robertson and the People’s National Party’s (PNP) Marsha Francis, Fisher said it depends on how soon the returning officers (ROs) from the different polling stations complete the counting.

“It is difficult to say [definitively]. It depends on when the ROs finish. Some finished on Friday, some on Saturday, some may finish tomorrow (today). It depends on the pace of the RO. Everyone counts at a different pace,” he said.

This comes mere hours after the PNP’s Winston Green was declared the official winner of the St Mary South Eastern constituency after the official recount ended late Saturday evening.

Initially, Green lost by 137 votes after the preliminary count on Thursday to the JLP’s Norman Dunn.

It is alleged that one of the boxes that was counted on election day (preliminary count) had Dunn winning when it should have been the other way, with Green winning.

With regard to the move of the ballot boxes for the St Thomas Western constituency, party officials from both sides of the divide who were present at the EOJ’s office said it is a routine matter; regardless of the result they would be comfortable.

He added that if Francis is declared the winner of the seat it would mean that the balance would shift to 32-31 in favour of the PNP, but pointed out that because of the margins it is not within his contemplation at this time.

Incumbent for the St Thomas Western constituency, James Robertson, said he had no issues with the boxes being moved as where they were being counted was too small and cumbersome.

“They could not open the boxes, take out and lay out the different packages. It was just too small and it was just not fair. I have no objection, no problem with them moving it. The level of interest in it I accept and I understand, and that’s good for democracy.”

Despite the change in St Mary South Eastern, Robertson said he was confident that he will retain his seat because of the difference in margins.

“This margin is a lot different than that. There are over 400 votes with what we’ve counted so far and the votes continue to pick up. The large boxes — three of the large polling divisions — have all been already counted so the possibility of that has disappeared,” he said.

“I know the constituency. Remember I play a big part in the parochial elections. We’ve had three for me and this is my fourth, so I know the boxes. I can close my eyes and tell you where every number comes from, what numbers to expect, and there are no surprises to be found. I’m confident that they will increase,” Robertson said.

Additionally, the JLP’s Tom Tavares-Finson said he supported the EOJ’s decision and is confident that Robertson will retain his seat.

“Well, the preliminary count suggests Mr Robertson would have won by over 300 votes and the chance of that being overturned is very slim,” Tavares-Finson said.

He, however, stated that the party will be filing a request for a magisterial recount but, that aside, the party is good and there are no other problems.

Political Ombudsman Donna Parchment Brown, who was present at the EOJ offices when the ballot boxes arrived, appealed for Jamaicans to respect the process taking place and allow it to run its course.

“Obviously, this is probably the closest election Jamaica has probably had, and at this point there are probably still recounts going on. We await the word from the director of elections as to certifying the elections at some point, according to the rules set out in the Representation of the People Act,” she said.

“In the meantime, it is important that all Jamaicans know that there is a process. Respect the process, allow it to play out to the end, and know that no matter what is happening we are careful in how we handle one another so as not to create any unnecessary tension, conflict and confrontation.”

Meanwhile, both parties have appealed for calm among citizens as the recounts take place.

In a press release from the Office of the Prime Minister, outgoing Prime Minister Portia Simpson Miller stated that “all Jamaicans have a responsibility to ensure that Jamaica’s reputation as a mature democracy is preserved and nothing causes hurt to anyone”.

She added that our country has made important economic gains which Jamaicans cannot afford to reverse at this time and everyone must ensure that we put Jamaica first.

General secretary of the JLP Dr Horace Change also appealed for Jamaicans to respect the process.

“The reported loss of Dr Norman Dunn by nine votes has not affected the majority of the Government, and we also feel confident that the result will be overturned at the end of the magistrate’s recount. There have been no further changes regarding the victorious party.”

Fisher is expected to provide an update today at 11:00 am at the Electoral Commission of Jamaica on Red Hills Road, regarding the recounting process.