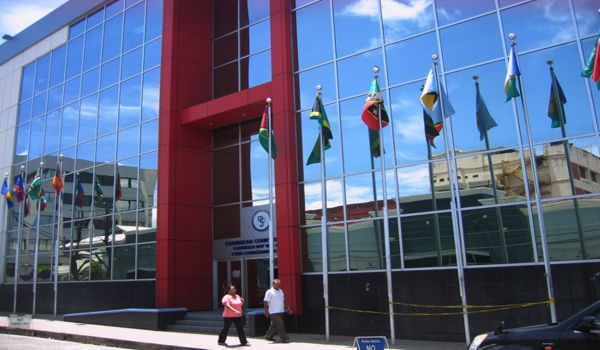 At least two Caribbean Community (CARICOM) leaders have dismissed suggestions of political interference in the operations of the Trinidad-based Caribbean Court of Justice (CCJ).

The positions of CARICOM chairman, Prime Minister Dean Barrow of Belize and the Barbados Prime Minister Freundel Stuart come as Antigua and Barbuda gets ready to launch on March 10, a public education programme ahead of a referendum on whether or not the island should become the latest regional country to join the CCJ, established in 2011 to replace the London-based Privy Council as the region’s highest court.

The CCJ also functions as an international tribunal interpreting the Revised Treaty of Chaguaramas that governs the 15-member regional integration grouping.

Prime Minister Barrow, whose country just hosted the CARICOM Inter-sessional summit, indicated that much thought went into establishing the CCJ to protect it from potential political pressures.

“The instruments that form part of the arrangements for the constitution of the court have been crafted with scrupulous care to ensure the insulation of judges from any kind of political interference,” Barrow said, suggesting that based on the experiences of the court and the ‘empirical record’, no one can point a finger showing any case where political interference has been alleged.

Prime Minister Barrow is the lead spokesman in the quasi Cabinet of CARICOM Heads of Government on judicial affairs. He gave, as an example, instances where the Belizean government has appeared before the court in legal matters, concluding that more often than not, the CCJ has ruled against the government. He contended that not only did his administration not get any ‘special favours,’ but even when the government loses, he has accepted the decisions as well rendered.

For his part, Prime Minister Stuart, was dismissive of suggestions that the CCJ is open to political interference.

He said as far as “political interference is concerned, I usually dismiss that with the contempt I think it deserves.

“I do not subscribe to the school of thought that believes that because we produce something here in the Caribbean, that by that factor, it is necessarily flawed,” he reasoned.

Prime Minister Stuart insisted that judges are appointed by politicians in the United States, Britain and other developed or developing countries and the same things happens here in the Caribbean.

The Barbados prime minister noted that while there might be ‘talks’ about political interference, these claims have not been supported by facts.

He suggested that this may be one of the factors of living in what he termed “small and very personalised societies”.

Stuart said that he is familiar with many of the judges in the Caribbean, and he knows them to be men and women of high integrity.

Both Barrow and Stuart share the view that other CARICOM countries should move with haste to adopt the CCJ in its appellate jurisdiction.

Last year, the Antigua and Barbuda government announced its intention to move towards adopting the CCJ as the final court of appeal for civil and criminal matters.

In conjunction with the main opposition United Progressive Party (UPP), the Gaston Browne government agreed that prior to a referendum on the matter, there would be a comprehensive public education campaign.

Ambassador from Antigua and Barbuda to CARICOM, Dr Clarence Henry heads the National Coordinating Committee (NCC) which is spearheading the public education campaign.