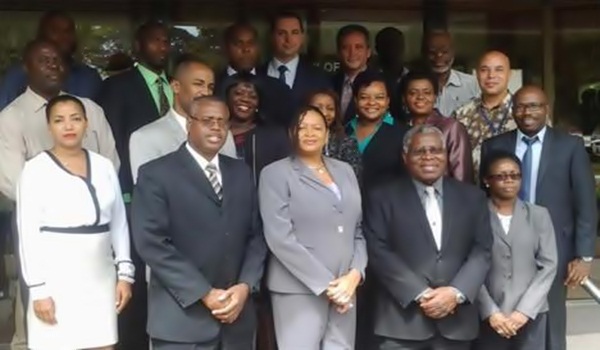 The Governments of Barbados and St. Lucia have decided to proceed to the negotiation and conclusion of an agreement establishing the maritime boundary between the two States.

Officials from the two States met in Barbados from March 1 to 4, 2016 and prepared the draft text of a maritime boundary delimitation agreement.

They were joined by officials from St. Vincent and the Grenadines, who had recently concluded similar negotiations with Barbados.

St. Vincent and the Grenadines and Barbados signed a Maritime Boundary Delimitation Agreement on August 31, 2015.

The delegations were supported by a team from the Commonwealth Secretariat headed by Rosemarie Cadogan, Legal Adviser, Maritime Boundaries.

The Heads of delegation underlined that these negotiations and, in particular, the provisional agreement between Barbados and St. Lucia bear testimony to the spirit of cordiality and good-neighbourliness that has characterised all of these discussions.

The United Nations Convention of the Law of the Sea, to which both States are party, entitles them to claim an Exclusive Economic Zone of up to 200 nautical miles. As a result of the proximity of these States, there is a necessity to delimit their maritime boundaries.

The delimitation of maritime boundaries facilitates the effective governance of these maritime spaces and creates certainty for users.