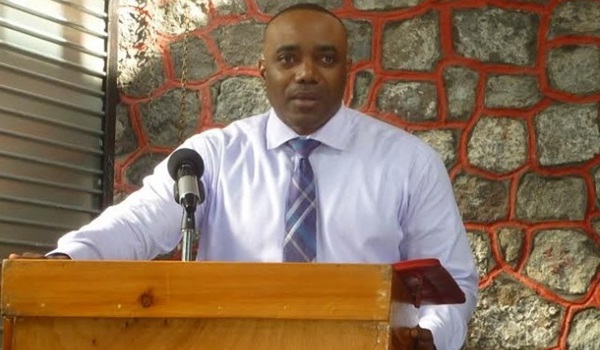 Despite a recent upsurge in criminal activity in Dominica, Minister of Justice, Immigration and National Security Rayburn Blackmoore believes the island is still one of the most peaceful countries in the Caribbean.

Speaking on state-owned DBS Radio’s Talking Point last week, he said the focus must be placed on Dominica to ensure that it does not reach to a level where there is a fundamental breakdown in the social order.

He added, “So the issue about better off yesterday and better off now, there are some incidences that occurred in the recent past that no one can feel happy about.”

According to him, the government will continue working to ensure that the level of crime is maintained, “whereby all of us can be happy about.”

Meantime Blackmoore revealed that “in due time” government will launch an Action Plan for the actual implementation of a Community Policing Programme in a community which has been identified by the police.

Recently numerous incidents of crime have become subjects of discussion on the island. During the Carnival season, a number of crimes made the headlines with the severe beating of a policeman, chief among them. Another officer was also attacked during Carnival. Then on February 20, a number of high-powered weapons, along with illegal drugs, were seized in Silver Lake, prompting Blackmore to say that Dominica is not Syria or Iraq. Just days later, on February 23, five guns were seized in Newtown by the police.

Also in the early hours of February 21, a Mero bar was robbed at gunpoint.