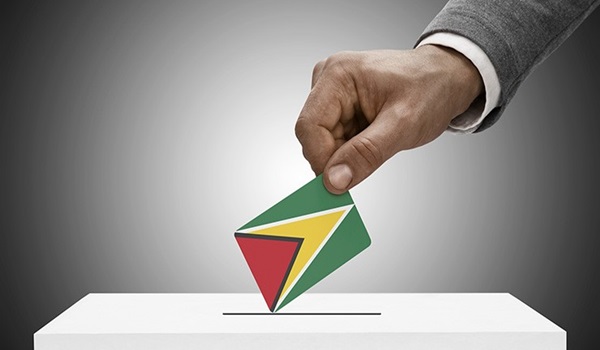 Three days after Guyanese voted in what were termed “historic” Local Government Elections (LGE), held after a 24-year hiatus, the Guyana Elections Commission (GECOM) has not been able to release the final results.

On Saturday, GECOM blamed the delay in declaring the full results on a request for recounts in East Berbice.

Those recounts were completed since about 16:00h on Saturday, but almost 72 hours later, the electoral body is still to announce the results of the elections in which just over 239,000 persons or 47.1 per cent of voters cast their ballots.

GECOM, through its Public Relations Officer, Tamara Rodney, on Monday, released an analysis of the voting, but did not release the results.

When contacted by Guyana Times about 16:30h, Rodney said that she was “heading down” to the Information Technology Department where the results were being uploaded.

But, up to 23:00h, the results were not uploaded to the GECOM website nor were they released via email.

When asked why GECOM was deviating from its tradition of announcing the results via a news conference, Rodney said that was the call of the Chief Elections Officer (CEO), Keith Lowenfield.

It is important to note that on Sunday, Rodney had given media houses the go-ahead to contact Returning Officers (ROs) for the various constituencies to seek out the results from them.

She provided the media with the personal cellular phone contact for those ROs, but an hour later, the Commission contacted the media asking it to hold on this.

“I know I would have given you the ROs’ numbers to expedite the information flow on LGE, but kindly put a hold on calls to these numbers since I will provide a summary of the results,” the PRO said in an email at 15:53h.

The efforts by media houses to get results from ROs had been proving futile.

Contacted again, the PRO said it was not possible at the time to provide the information.

Despite these results not forthcoming, the Opposition People’s Progressive Party/Civic has claimed victory at the polls, announcing Saturday that it won more than 60 per cent of the votes – some 748 seats with nine Regions, while Government has 406.

Many observers have criticised the electoral body for its slothfulness in declaring election results over the years.

They say it is particularly disturbing that GECOM with so many years of experience and having managed so many elections still find it difficult to declare the results of an election in which just over 230,000 ballots were cast.

It was the strong view of many that this recent episode demonstrated the level of incompetence that inhibited GECOM and they urged that major stakeholders, including political parties and the diplomatic community urgently address these deficiencies at such an important institution in the country.

Following the May 2015 General and Regional Elections, the PPP/C had been calling for massive reforms at GECOM, claiming the body was incompetent to manage a proper elections.

Those calls were rebuffed by GECOM Chairman, Dr Steve Surujbally.
However, this recent episode seems to give much credence to the PPP/C’s claims.