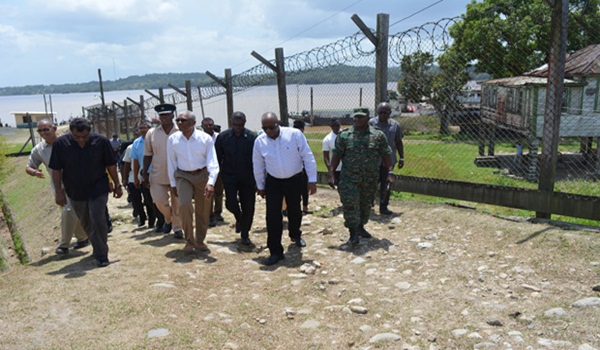 This visit to the penal settlement, the President said, forms part of a long-term strategic plan to ensure that the Guyana Prison Service fulfills its mandate.

“Our presence here is not just a gut reaction,” the President said as he alluded to the worst prison riot in the history of Guyana, which unfolded last week and resulted in the deaths of 17 inmates at the Georgetown Prison.

He added: “It is a plan to ensure that there is a long-term strategy. We are ensuring that the Guyana Prison Service fulfills its mandate. We have to build a system in which persons who enter this service as inmates would have the best opportunities for rehabilitation, and those who are incorrigible…would be prevented from bringing harm to society.”

During their tour of the Mazaruni Prison, the President and his team not only assessed the living conditions of the prisoners and the prison officers, but interacted with both parties. From all indications, the prisoners, who from within their cells hailed President Granger and the Public Security Minister, were pleased to be graced by their presence.

Assistant Superintendent of Prisons and Officer-in-Charge of the Mazaruni Penal Settlement, Alexander Hopkinson, in a brief statement, disclosed that a total of 289 prisoners are confined at the location, with 24 of them being high-profile prisoners.

He said a part of their routine includes farming, and he pointed out that four acres of land are currently under cultivation. Callaloo, thyme, pumpkin and ground provision are among the foods being planted by the prisoners.

Some of the inmates are also engaged in joinery, he said. This was evident during the visit, as three of them were completing bed frames at the time.

Though understaffed, he said, the prison officers have managed to maintained order. He pointed out that since the 1997 prison riot, there has been no other riot. However prisoners would have, in the past, escaped, but they were all subsequently captured.

The staffing population is currently below its 95 quota. There are 54 persons on staff, but the Officer-in-Charge is hopeful that the staff population could be increased to a maximum of 200. But this move, he said, would require additional living quarters for the prison officers.

It was also pointed out that sections of the prison require renovation, in addition to the living quarters of officers. However, five living quarters are expected to undergo rehabilitation this year.

In addition to the concerns raised by Superintendent Hopkinson, other officers raised a number of administrative issues regarding access to land, accommodation, and gratuity among other things. They were advised to formally write the Officer-in-Charge on these issues, and he, in turn, would raise their concerns at the level of the Prison Service Commission and Public Security Ministry. 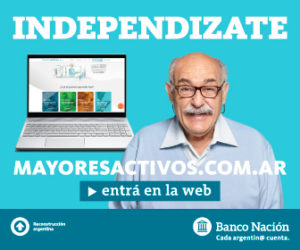