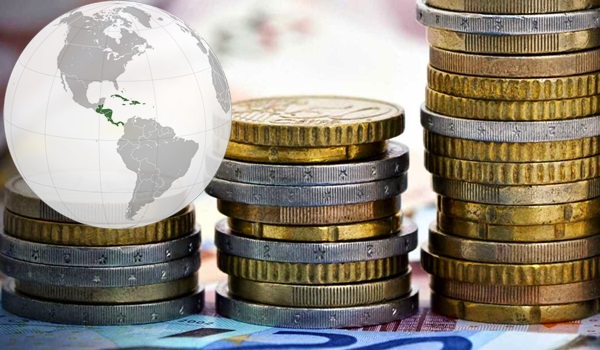 President of the Caribbean Development Bank (CDB), Dr Warren Smith has urged the Region’s governments to be resolute in creating a competitive and resilient private-sector-driven economy through the adoption of a range of macro-economic and business-friendly reforms.

He also called for a closer alignment of the education system to the needs of the productive sector; climate-proofing critical social and economic infrastructure against natural hazards; diversifying economies by developing new sectors such as renewable energy and energy efficiency; and modernising traditional ones such as agriculture.

Speaking at the official opening of the 46th Annual Meeting of the CDB in Montego Bay, Jamaica, on Wednesday, Dr Smith made his call against the background of what he said was the Region having made progress but still being substantially short of realising its true potential.

Noting that a stable, predictable, and resilient macro-economic environment was imperative for growth and prosperity, Dr Smith warned that countries with weak fiscal positions that postpone adjustment for fear of the political and economic fallout could not do so indefinitely.

Instead, he said, pursuing necessary adjustments successfully, would release resources for the transformation of education and training of the labour force, and for financing targeted social safety net programmes for the most vulnerable.

A comparison of CDB’s Borrowing Member Countries to other groupings suggests that non-Caribbean Small Island Developing States (SIDs) fared much better than the Region did in the wake of the global recession.

“Between 2006 and 2015, Caribbean growth rates averaged 1.5 percent compared with 3.4 percent for other SIDs. Small size then, does not appear to provide a robust explanation for the Caribbean’s relatively low growth performance,” Dr Smith said.

A distinguishing feature of economies which have been successfully transformed.was a dynamic private sector driving economic growth. This, however, did not mean a withdrawal of the state from economic involvement. Rather, the state assumes the role of enabler, making the domestic policy environment more attractive for private foreign and domestic investment and itself investing in infrastructure which complements the growth agenda.

“Our overall growth performance has consistently lagged behind the rest of the world’s. Our Region has grown by only 1.2 percent per year since 2009 compared with the global average of 3.7 percent. Caught in a high-debt, low-growth trap, our economies have been unable to create enough of the higher value employment opportunities that are a pre-requisite for noticeable improvements in our poverty indices,” he said.

Caribbean countries, especially the larger ones, will therefore need to make the shift from current incremental rates of growth of 1.2 percent to transformational rates of at least 5-7 percent per annum in order to create the basis for ending abject poverty by 2030.

“Given the prevailing high levels of inequality, the more aggressive growth rates will also need to be accompanied by (a) distributional policies that spread wealth more equitably; and (b) reinforced by an enlightened and efficient social policy which targets the most vulnerable in society, mainly women and children,” he said.

While focusing on the importance of macro-economic policies and reforms to create a more business friendly environment, Dr Smith said there were other areas that should be tackled to spur more sustainable growth. These include reforming the Region’s education sector and agriculture.

He said the reform of the education system in the Caribbean, in support of robust and resilient economic growth, will have to achieve a closer alignment between the needs of the productive sector and the output of the education system. Greater emphasis will therefore have to be paid to TVET and the STEM subjects, generally.

“It will be nimble and responsive to the changing labour market needs so that a continuous pipeline of appropriately skilled talent will be available for business expansion”, Dr Smith said.

With reference to non-traditional agriculture, he said this was one sector that could play a key role in transforming Caribbean economies; spurring development; increasing food security; expanding export earnings; creating jobs; and improving livelihoods. However, while agriculture is the main employer in many Caribbean countries, accounting for approximately 16 percent of overall employment in the region, much of the non-traditional agriculture sector remains low value-adding, low-tech, low productivity, and inefficient.

“With the appropriate reorientation and investment, this sector can increase employment; earn foreign exchange through export expansion; and save foreign exchange by strengthening linkages between the domestic agricultural supply chains and dynamic sectors such as tourism and manufacturing,” he said.