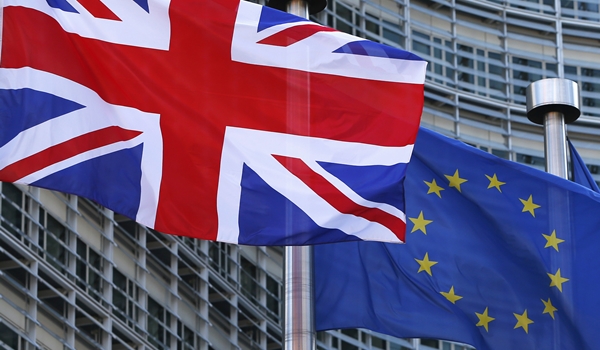 UK’s exit from EU a threat to the Caribbean, warns region’s top academic

Vice-Chancellor of the University of the West Indies (UWI) Sir Hilary Beckles has warned the region to brace for the impact of the United Kingdom’s (UK) break with the European Union (EU), as he predicted that every aspect of life in the Caribbean will be negatively affected.

The Brexit (British exit) vote last Thursday has already caused ripples across the world, with the value of the pound falling and stock markets dipping among the immediate effects.

And Sir Hilary says the region’s fragile economic recovery is now under threat and Britain’s exit should trigger immediate strategic regional reactions, even before Heads of Government meet in Guyana for their July 4 to 6 Summit.

“The predictable, highly individualistic action poses both a short-term as well as a long-term threat to the performance of CARICOM economies,” he said in a statement issued yesterday.

“From trade relations to immigration, tourism to financial relations, and cultural engagements to foreign policy, there will be a significant redefinition and reshaping of CARICOM-United Kingdom engagements,” Sir Hilary further warned, as he urged CARICOM to use the development to deepen and strengthen its internal operations and external relations with the wider world.

“It’s a moment for CARICOM to come closer together rather than drift apart. The region should not be seen as mirroring this mentality of cultural and political insularity, but should reaffirm the importance of regionalism within the global context for the future.”

Sir Hilary said the UWI will host a symposium this week to discuss the implications for the Caribbean, with a view to facilitating regional action ahead of the meeting in Guyana.

“This UK development should not be taken lightly. It should be fully researched as it constitutes an obvious structural threat to the sustainability of economic institutions in the region,” he said.

The top UWI official argued that on reaching the limits of emotional despair over how to manage its post-imperial, ethnic nationalism, and challenged to participate in the global world as an equal partner, the English have retreated to their traditional identity base at the expense of every other consideration.

“It has taken this strategic step in order to go forward as old England versus the world. This is a desperate attempt to reinvent a still idealized past in which Englishness is celebrated as a distinct standard not to be entangled or diminished by deep association,” he said.

“Those driving the ‘Leave’ agenda knew very well the likelihood of broad-based negative global effects of their option, but chose to jettison external obligations, a critical feature of hyper-conservative, extreme nationalism.”

On the heels of the referendum, UK Prime Minister David Cameron announced that he would step down in October.

He had urged the country to vote “remain”, but that campaign was defeated 52 per cent to 48 per cent, although London, Scotland and Northern Ireland backed staying in.

However, Scotland’s First Minister Nicola Sturgeon has suggested the Scottish Parliament could be able to keep Britain from enacting the referendum decision if it withholds legislative consent.