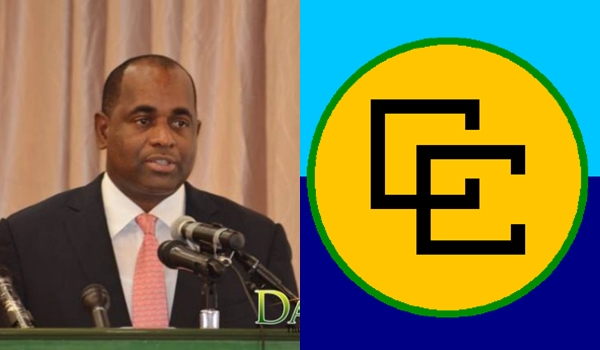 Prime Minister Roosevelt Skerrit, will once again chair CARICOM, as of 1 July 2016 and will chair the 37th CARICOM Heads of Government meeting in Georgetown, Guyana from 4 – 6 July 2016.

The Meeting, under the Chairmanship of Dominica’s Prime Minister Roosevelt Skerrit, begins with an Opening Ceremony at the Guyana Cultural Centre on Monday 4 July from 5:00 pm.

The plenary sessions on Tuesday 5 to Wednesday 6 July take place at the Pegasus hotel, Georgetown.

CARICOM Secretary-General Ambassador Irwin LaRocque, who met with Guyana media representatives last week, said that security issues, the threat to correspondent banking, the regional single market and the still unresolved matter of stateless Haitians of Dominican descent are among items on a packed agenda to go before the Heads.

Earlier this month, Prime Minister promised Indian High Commissioner to Dominica, Gauri Shankar Gupta that he would use his chairmanship of CARICOM position to strengthen relations with the Republic of India.

“I shall take up the chairmanship of CARICOM on the first of July 2016 and I intend to use that positon to also advance the relationship between India and CARICOM,” Mr Skerrit said on 3 June 2016 at the opening ceremony of the Center for Excellence in Information Technology at the Dominica State College.

Mr. Skerrit, who previously served as chairman of CARICOM in 2010, will take over from current Chairman, Prime Minister of Belize Dean Barrow.

Prime Minister Barrow assumed the CARICOM Chairmanship on 1 January 2016, taking over from the Prime Minister of Barbados, Freundel Stuart whose six-month tenure ended on December 31.