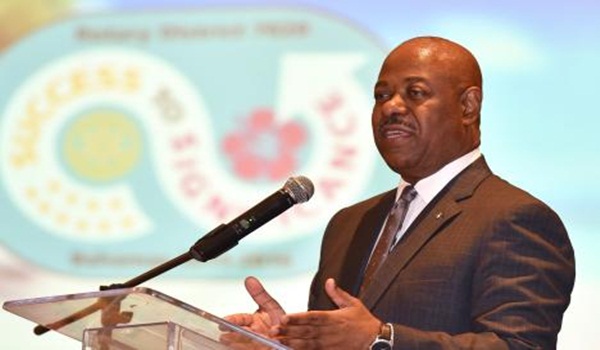 Bahamas minister of tourism Obie Wilchcombe said the increasing number of warnings on the zika virus coming from the Caribbean region could create a negative perception of Caribbean countries, if the number of people infected with the virus continues to rise.

Wilchcombe said, although there is currently no evidence to suggest that visitor arrivals in The Bahamas have been affected in response to the presence of the zika virus, there is still a need to adopt the “simple theory that prevention is better than cure”.

The tourism minister said the zika virus could have a “devastating impact” on the economies of Caribbean countries.

Since the first case of zika was reported on August 10, The Bahamas has received three international travel warnings.

Last week, three additional zika cases were confirmed and health officials say there were 83 suspected cases found throughout The Bahamas, eight of whom are pregnant women.

Canada’s Public Health Agency added The Bahamas to its list of travel health notices for the zika virus, recommending that Canadians practice special health precautions while traveling in affected countries.

In addition, Taiwan’s Centers for Disease Control (CDC) issued a level two alert for the country, warning pregnant women and women planning to become pregnant about the risks involved in travel to The Bahamas.

The United States Centers for Disease Control and Prevention also issued a level two alert last week to those traveling to The Bahamas, advising that they “practice enhanced precautions”, as two of the reported cases are believed to have been transmitted locally.

Wilchcombe told Guardian Business that there needs to be a regional government discussion about the impact of zika on Caribbean states.

“I believe that the regional dialogue on zika, chikungunya and dengue should be lifted to the highest levels and intensify ahead of what could have a devastating impact on the region’s economy.

“The reality is that the Aedes aegypti mosquito that carries this family of viruses still abounds and so we remain vulnerable,” he said.

Wilchcombe asserted that tourism is the Caribbean’s “principal earner of hard currency”.

“I salute the work of the Caribbean Public Health Agency (CARPHA) and regional health officials. They have done an outstanding job. The health officials of The Bahamas headed by our ministry have kept the nation informed and have dealt with all matters with the highest levels of professional competence.

“Whilst I trust work has started, there exists a sense of urgency for a regional plan aimed at eliminating or substantially reducing the population of the Aedes aegypti mosquito.

“It must be created and agreed, and each country must commit financially to its introduction and sustainability.

“We must send a message to the world that the Caribbean is leading in finding a resolution to a potential problem that has entered our paradise,” said Wilchcombe.