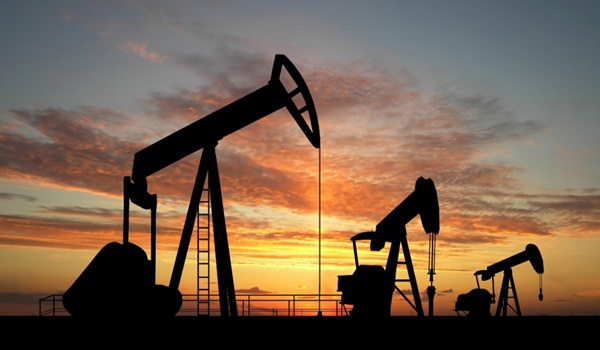 GUYANA is poised to start, from as early as 2020, producing an estimated 100,000 barrels of “good quality” oil per day, ExxonMobil has revealed.The announcement, made yesterday by ExxonMobil’s Country Manager Jeff Simon at a media engagement at Cara Lodge in Georgetown, saw Simon explaining that mainly drilling will be done between 2016 and 2019.

In May 2015, after having drilled the first Liza-1 well in the Stabroek Bloc offshore Guyana, the company made its first announcement of an oil find. In June this year, following the drilling of the Liza-2 well, another announcement was made of a “world-class discovery” of between 800 million and 1.4 billion barrels of oil. The company is presently drilling the Liza-3 well in preparation for exploration in about four to five years’ time.

Noting that the installation of project facilities will be done between 2019 and 2020, Simon said that during the period at reference, ExxonMobil will be developing infrastructure to process 100,000 barrels per day, which is about 20,000 barrels more than what Trinidad and Tobago currently produces.

And though, from 2020 onwards, there will be continued drilling and actual production of oil, Simon was keen to note that the projected 100,000 barrels per day will not necessarily remain constant for the proposed 20-year period that the company will be drilling; production would rather most likely fluctuate.

He was equally keen to make this statement: “The oil is of good quality; it is not sour, and does not have things which will make it difficult to purify.”

He, however, sought to dispel the notion that ExxonMobil’s operation in Guyana is likely to create employment for thousands of Guyanese, saying that only two floating production, storage and offloading (FPSO) vessels will be in operation, each requiring at least 50 persons.

While those persons will not be Guyanese because of the technicality of the operation, Simon said, approximately 300 Guyanese are already working with the company in terms of providing fuel and food supplies; as well as security, transportation, waste management, medical and information technology, among other services.

He, however, disclosed that the company has targeted having between 75% and 95% of its total staff being Guyanese.
“The greatest benefit is the revenue stream provided to the country,” Simon said, adding: “If job creation is critical, then take some of that money and put it into areas where job creation could be exponential relative to what we are talking about here,” he advised.

Jobs apart, Guyanese would also benefit from training in the petroleum industry. Back in July, Minister of State, Joseph Harmon, had said at a post-Cabinet press briefing that ExxonMobil has indicated to Government that it plans to train Guyanese in various spheres of activity associated with petroleum exploration and production.

This point was also articulated by Minister of Natural Resources, Raphael Trotman, who also said in July that the Government of Guyana continues to stress the importance of training for Guyanese.

“As part of the new dispensation, we have stressed to the company that they must be involved in training, and not after-production; pre-production. We are doing (the) best we can to train as many people as possible. I should add that many Guyanese who already work in the oil and gas industry in other parts of the world are expressing their willingness to come home,” the Minister had said.In addition, Education Minister Dr. Rupert Roopnaraine had announced that the Education Ministry, in conjunction with the University of Guyana (UG), would be establishing a special facility or school for oil and gas exploration.

In relation to cost, Simon noted, the Production Sharing Agreement that the company has with the Government of Guyana caters for the recovery of billions of US dollars that have been invested by ExxonMobil.

To date, the company has expended about US$500M, with that figure expected to climb to billions as exploration, and subsequently production, takes effect.

Guyana, on the other hand, will receive about half of its revenues from ‘profit oil’, while a fraction would go to ExxonMobil and other investors to recoup investment through ‘cost oil’.