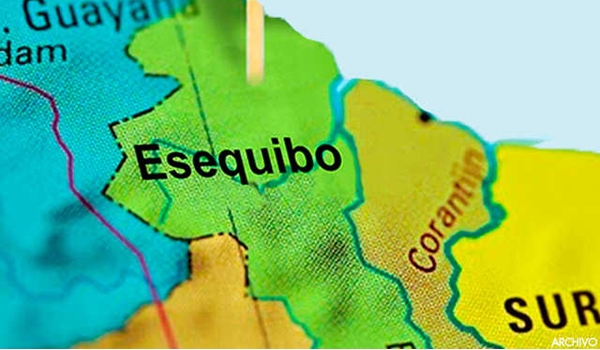 GUYANA Government assured on Tuesday that it is ready to challenge Venezuela on its claim to the Essequibo at the International Court of Justice should Caracas fail to abide under the terms of the Un Good Offices Process, which is to be resuscitated to bring a lasting resolution to the decades-old border controversy.

In a statement made to the National Assembly, Minister of Foreign Affairs, Carl Greenidge, said Guyana had lost faith in the Good Offices Process essentially because of Venezuela’s non-cooperation with it. He said, however, that Government is now willing to give it one last try with the United Nation’s Secretary General’s (SG’s) nominee.

Minister Greenidge was addressing the National Assembly in light of the decision communicated to the Governments of Guyana and Venezuela by outgoing SG Ban Ki-moon on Friday, December 16, 2016 on the way forward on the border controversy.

Outgoing United Nations (UN) Secretary-General Bank Ki-moon has decided that Guyana and Venezuela are to return to the Good Offices Process for another year with the hope of the two countries coming closer to a resolution of the ongoing border controversy. Mr. Ban indicated that, based on the various assessments done over the years, a return to the Good Offices Process is the best option at this point. Guyana has since indicated its acceptance of the decision made by the UN Secretary-General.

Additionally, the Secretary-General has stated that should there be no progress by end of 2017, then new Secretary-General Antonio Guterres will choose the International Court of Justice (ICJ) as the next means of settlement.

But addressing the House, Minister Greenidge warned that the Good Offices Process can produce mutually satisfactory results only if Venezuela cooperates fully to that end. “As we say in Guyana: ‘One hand can’t clap’. Guyana will cooperate in resolving the controversy that has arisen as a result of Venezuela’s contention that the 1899 Arbitral Award is null and void…we hope Venezuela will do likewise. If they do not, we will have readied ourselves for the International Court of Justice,” Minister Greenidge said.

In conveying his decision to Guyana and Venezuela, the SG had also promised ‘Good Offices’ with a ‘strengthened mandate of mediation.’ Minister Greenidge said the SG’s communiqué was “a most significant moment in our relations with Venezuela.” He noted that, “it promises, one way or another,” the resolution of the country’s controversy with Venezuela.

The minister expressed hope that the announcement brings satisfaction to all parties in the House, in light of the fact that “it has been the objective of all Governments of Guyana, since the early days of the Mixed Commission, to resolve this matter with finality through a judicial process, particularly given our disappointment with the process through dialogue.”

“It has long been the accepted position of all Governments in Guyana that the best means of settlement of our controversy with Venezuela should be a reference of it to the International Court of Justice. We consider that controversy to be essentially a legal question and one eminently susceptible to a legal process of settlement,” the GoG statement said.

According to Guyana, there can be no higher tribunal for this purpose than the International Court of Justice (on which once sat our own distinguished son Mohammed Shahabuddeen) to determine this matter on a definite basis. “The Secretary General of the United Nations, acting under the 1966 Geneva Agreement, has informed the President of his decision to give the Good Offices Process one last period of twelve months; that is, to the end of 2017. If, at the end of that period, the Secretary-General concludes that significant progress has not been made towards arriving at a full agreement for the solution of the controversy, he will choose the International Court of Justice as the next means of settlement, unless the Governments of Guyana and Venezuela jointly request that he refrain from doing so.”

Government has said that it accepts the decision of the Secretary General. “We stand committed to using our best endeavours to fulfill its highest expectations. The Government will be writing formally to him, as well as to the President of Venezuela, to indicate our acceptance of this decision. We believe that in taking this decision, the Secretary General has remained loyal to the sacred mission of the United Nations to uphold the law and maintain the peace between nations – small and large,” the statement added.

Guyana Government has said it would do everything in its power to ensure that the UN SG’s expectations and those of his successor, to whom the mandate of implementation now falls, as well as our expectations, are fulfilled.

“The Government calls upon all Guyanese to support the process that now lies ahead in the confidence that it will lead to a just and binding resolution of the discords that have plagued our development for so long. It is a fitting advance in this fiftieth year of our independence. May God continue to bless our nation in this noble cause,” the statement ended.