It appears safe to say that Donald Trump’s approach to the world will oscillate short of the poles of interventionism or retrenchment championed respectively by presidents George W. Bush and Barack Obama. The president-elect — whose early cabinet picks suggest a preference for policymakers with an “America First” worldview — will most likely approach each foreign policy question and crisis he faces with more doctrinal flexibility than his two predecessors.

Fortunately, no one in the nascent Trump administration is calling for any major U.S. intervention in the Western Hemisphere. But that doesn’t mean the United States does not have important national interests that need addressing in our neighborhood. The Obama administration believed it had checked its “Latin America” policy box with its controversial opening to Cuba, but it left other problems to fester. An incoming Trump administration would do well to focus on four issues right out of the gate: Mexico, Venezuela, Cuba, and transnational crime.

During the presidential campaign, Mexico became a scapegoat for voters’ concerns about a U.S. immigration policy run amok, even though Mexicans crossing the border contribute little to an immigration crisis fueled more by Central Americans and by visa overstays. Still, “The Wall” resonated, but it is more a metaphor for lackluster enforcement of U.S. immigration laws and Washington’s indifference to their impact on Americans’ way of life.

Yet the U.S.-Mexico relationship is one of the most important bilateral relationships the United States has in the world. Mexico is the United States’ second-largest export market after Canada, and its third-largest trading partner after Canada and China, with a two-way trade that amounts to $530 billion (more than Japan, Germany, and South Korea combined). Six million U.S. jobs depend on trade with Mexico; 14 million depend on the North American Free Trade Agreement, or NAFTA. Moreover, U.S.-Mexico trade encompasses “production sharing,” in which 40 cents of every dollar spent on imports from Mexico come back to the United States.

President-elect Trump has a mandate to make border security or a NAFTA review priority issues. One hopes, however, that they are carried out in a collaborative way that encourages vital cooperation with our neighbors. As with any border relationship, there is an array of issues in which respective interests coincide and others where they differ. We need to approach them as statesmen, find common ground, and work together to promote security and prosperity. For example, Mexico has its own security issues on its southern frontier and counts on the commerce on its border with the United States. Why not create a presidential binational working group with a mandate to identify gaps and weaknesses, recommend specific measures, and ensure accountability?

The 2016 campaign has left a lot of bruised feelings on both sides of the border. The challenge is to pursue very real U.S. interests on a plane of mutual respect and goodwill. Such an approach will likely deliver the stronger border security and a NAFTA that better serves U.S. interests as President-elect Trump sees them.

President Obama did the Trump administration no favors by leaving the mess of Venezuela on the White House doorstep. In fact, a social implosion there could well be the first international crisis Trump faces. The socialist regime of Nicolas Maduro has presided over an unprecedented economic debacle while systematically gutting the country’s democratic institutions. Last October, Maduro eliminated the last option for a peaceful transition when he cancelled a recall referendum the opposition had been pursuing. Meanwhile, pervasive food and medicine shortages are making life intolerable for millions of Venezuelans.

It may not, however, come to a social implosion — at least not yet. The good news is that President Trump will be engaging a hemisphere that is changing politically. In contrast to the previous decade, when governments sympathetic to chavismo dominated regional forums, more pragmatic leaders are coming to power in important countries. That creates opportunities for more diplomatic engagement behind the scenes to hold Venezuela accountable for its depredations against democracy.

Whether or not the Trump administration deems it vital to defend democracy in Venezuela, Trump is likely to care more than Obama that senior Venezuelan officials have been implicated in narcotics trafficking to the United States. Obama was reluctant to give authorities in the State and Treasury departments the power to sanction high-ranking Venezuelans. The administration feared that any moves would help the Caracas government play up the specter of U.S. aggression. But not acting in response to crimes against the United States is an abdication of a president’s responsibility. While pursuing a multilateral solution in defense of democracy and human rights, Trump’s team can gain leverage on the Venezuelan regime by exposing and punishing the crimes of its officials.

Undoing the Opening to Cuba

In December, Trump spokesman Jason Miller said that Cuba “has been an important issue, and it will continue to be one. Our priorities are the release of political prisoners, return of fugitives from American law, and also political and religious freedoms for all Cubans living in oppression.” In late November, President-elect Trump tweeted, “If Cuba is unwilling to make a better deal for the Cuban people, the Cuban/American people and the U.S. as a whole, I will terminate deal.” In October, Vice President-elect Mike Pence said, “When Donald Trump and I take to the White House, we will reverse Barack Obama’s executive orders on Cuba.”

Challenging current Cuban President Raul Castro to implement democratic reforms as a basis for reversing Obama’s policy is smart. The regime will of course refuse, while supporters of President Obama’s opening to Cuba will be hard-pressed to explain why the Castro government doesn’t need to change in exchange for warmer relations with the United States. Of course, Obama policy proponents will continue to argue for engagement and will continue to receive a sympathetic airing in the press. Even so, Trump cannot go wrong by standing with 11 million Cubans.

The Trump administration should immediately re-establish common cause with Cuba’s persecuted dissidents and human rights activists. Perhaps the worst aspect of Obama’s Cuba rapprochement was to relegate these groups to a peripheral policy concern. In particular, U.S. assistance for dissidents was redirected to other activities on the island seen to be less provocative to the Castro regime. That program should be returned to its original purpose, and additional support should be sought from the new Congress. Moreover, simply ending such Obama initiatives as tourist travel — combined with the downturn in Venezuelan aid to Cuba — will increase pressure on the Castro regime to undertake real reforms.

The most under-reported story of the decade in the Western Hemisphere has been the expansion and growing sophistication of transnational criminal networks that undermine security and economic growth in the region. Gen. John Kelly, the now-retired former commander at Southcom and President-elect Trump’s nominee for secretary of homeland security, has repeatedly attempted to warn Washington officials and insiders about the threat. In a 2015 congressional testimony, Kelly said that:

The drug trade — which is exacerbated by U.S. drug consumption — has wrought devastating consequences in many of our partner nations, degrading their civilian police and justice systems, corrupting their institutions, and contributing to a breakdown in citizen safety. The tentacles of global networks involved in narcotics and arms trafficking, human smuggling, illicit finance, and other types of illegal activity reach across Latin America and the Caribbean and into the United States, yet we continue to underestimate the threat of transnational organized crime at significant and direct risk to our national security and that of our partner nations.

It is simply impossible, however, to secure our southern border without addressing the “push factor” causing people to flee their homes. Two years after the crisis on the southwest border that saw thousands of unaccompanied minors attempting the dangerous crossing, very little has been accomplished to deal with the push factor, and Central Americans are still crossing in record numbers. The Obama administration’s response has been tepid, for fear of being accused by left-wing non-governmental organizations of militarizing U.S. policy in the hemisphere. But people fleeing violence and criminality are not worried about what the United States did or did not do back in the 1970s or 1980s; they want safe and secure homes today.

The Trump administration can bring new energy, commitment, and funding to security assistance and training for our beleaguered neighbors to the south attempting to cope with transnational crime, insecurity, and gang activity. Unless we help them help themselves it will not matter how high or intimidating the wall; even if we build it, they will come. 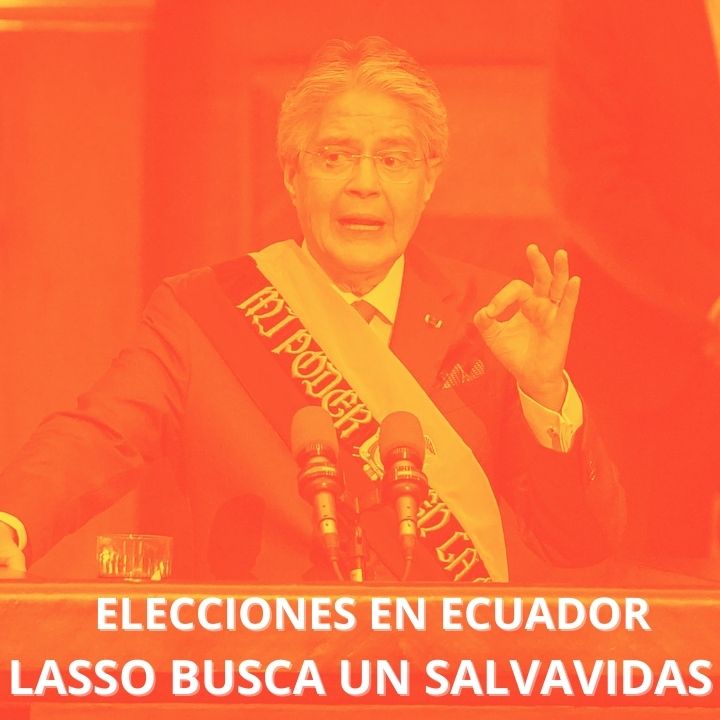