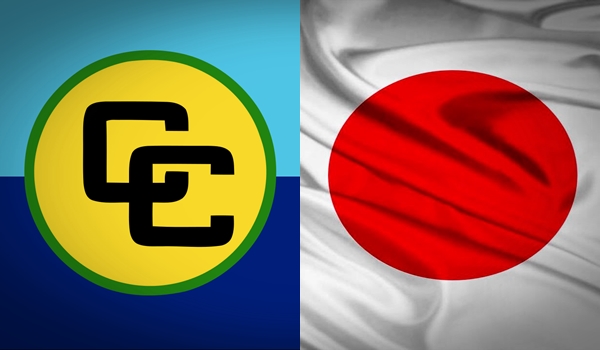 The Caribbean Community and Japan to discuss strengthening cooperation

Senior officials from the Caribbean Community and Japan hold the 18th CARICOM-Japan Consultation on Tuesday 14 March at the CARICOM Secretariat in Georgetown, Guyana.

The consultation will, among other things, review CARICOM-Japan cooperation since their last Ministerial Meeting in 2016, and examine the CARICOM-Japan Friendship and Cooperation Fund and its current and planned projects.

Technical cooperation between Japan and CARICOM since 2001 has been primarily through the Japan-CARICOM Friendship and Cooperation Fund (JCFCF) and the Japan International Cooperation Agency (JICA).

The Friendship and Cooperation Fund has seen funding by the Japanese government to Caribbean Community Member States in a variety of areas including small and medium-sized enterprises, culture, agriculture, information technology, environment protection and participation in various trade fairs; and funding by the Japanese private sector in the areas of energy, the environment and tourism. JICA has provided technical assistance and equipment for projects especially in the areas of disaster management and fisheries.

Japan and CARICOM Member States established the basis for their cooperation in a framework agreement adopted at a Ministerial Level conference in Tokyo in November 2000 and revised at a second Ministerial meeting in 2010. They agreed to four broad areas of technical cooperation; overcoming vulnerability and promoting human security, integrating into the global economy, environment and climate change, and assistance for the reconstruction of Haiti.

Tuesday’s meeting will be co-chaired by Ms Sandy Peters-Phillips, Actin Permanent Secretary in the Ministry of Foreign Affairs of St. Vincent and the Grenadines on behalf of the CARICOM delegation, and Mr. Yasushi Takase, Director General of the Latin American and Caribbean Affairs Bureau, on behalf of the Japanese delegation.