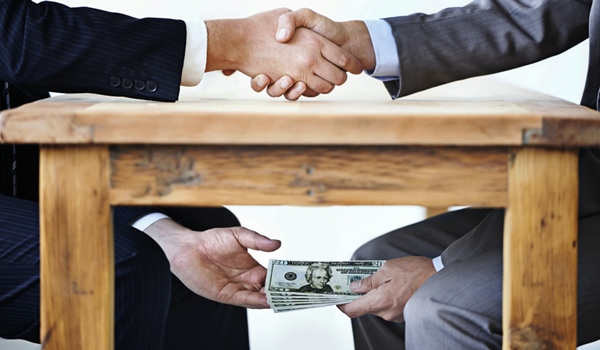 Caribbean Commonwealth countries get commitment in fight against corruption

Commonwealth Caribbean countries have been given a commitment by the Governance and Anti-Corruption Adviser to the Commonwealth Secretariat, Dr Roger Koranteng, to continue the facilitation of anti-corruption messages and dialogues among the states.

Speaking with JIS News on Friday, ahead of today’s opening of the Commonwealth Caribbean Association of Integrity Commissions and Anti-Corruption Bodies (CCAICACB) Conference, he said the anti-corruption fight has been a mandate of the Secretariat since 2005.

The conference will be hosted for the first time in Jamaica, at The Jamaica Pegasus hotel in Kingston, from April 24 to 28 under the theme ‘The Anti-Corruption Agenda – Today, Tomorrow, the Region and Beyond’.

Dr Koranteng said the CCAICACB conference represents a strategy by the Secretariat to achieve its objectives through facilitating communication, collaboration and the sharing of best practices between countries in a region.

“You take a region in which countries are confronted with the same challenges, and in that region you could see pockets of best practices as well as pockets of weaknesses. The best research has demonstrated that you should bring (these countries) together and let them share ideas. Those who are weak will learn from those who are strong,” he said.

He added that this is achieved by first bringing together the anti-corruption and law-enforcement agencies and integrity commissions that exist within a country to bring about a partnership towards achieving a common goal.

Dr Koranteng hailed the Jamaican government and local anti-corruption institutions for accommodating the intervention of the Commonwealth Secretariat and the CCAICACB and for hosting the conference, noting that this indicates a strong push for the elimination of corruption.

“Our focus is at the institutional level, and each institution has been tremendously supportive and has been well coordinated,” he said.

Dr Koranteng said he hopes that in a few years’ time, the results of the collaboration at the regional and local levels will become evident.

“It takes a long time for you to see the fruits of this work. In terms of governance policy and corruption issues, it will take a while to see the difference, and the work you do will build it up. That’s why we are laying down solid foundations for institutions to work on together,” he said.

Caribbean countries came together in 2015 to establish the CCAICACB, which is composed of agencies from 11 countries and aims to support cross-border cooperation and knowledge exchange.

Under this association, Jamaica’s Office of the Contractor General has engaged in the sharing of investigative tools, compliance systems and procedures with Grenada’s Integrity Commission.

The CCAICACB hosted the first conference in Grenada in 2015 and the second in Trinidad in 2016.

Arrangements for this year’s staging have been spearheaded by the Office of the Contractor General, in collaboration with the Major Organised Crime and Anti-Corruption Agency (MOCA), the Revenue Protection Division (RPD) and the Commission for the Prevention of Corruption (CPC).

Local participants also include the Financial Investigations Division (FID), the Office of the Director of Public Prosecutions and the National Integrity Action (NIA).

Some 30 international delegates have been confirmed for attendance, including Dr Koranteng; Commonwealth Secretariat Deputy Secretary General, Deodat Maharaj and Chairman of the CCAICACB, Lady Anande Trotman-Joseph.