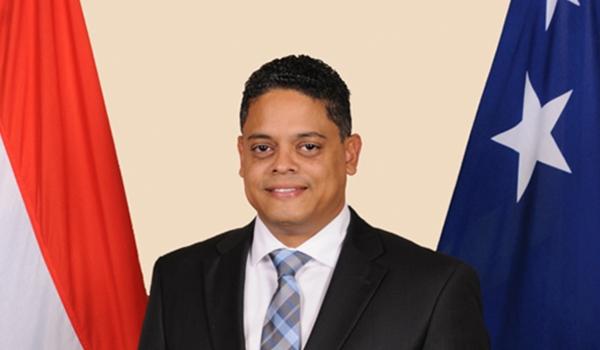 ‘Entrepreneur In Politics’ Probably The New Prime Minister Of Curaçao

The 47-year-old Eugene Rhuggenaath is likely to be the new Prime Minister of Curaçao. His liberal political party Partido Alternativa Real (PAR) won on 6 of 21 seats on Friday and is now the biggest party to form a stable government.

Curaçao, which has an autonomous status within the Kingdom since 2010, according to the Dutch Member of Parliament Ronald van Raak (SP), chose for the Kingdom and against corruption. Otherwise formulated: for the democratic parties and against the “mafia parties”. The latter remark is, in particular, a reference to the anti-Dutch politician convicted of corruption, Gerrit Schotte and his party MFK.

Van Raak typifies Rhuggenaath, who was a Minister of Economic Development or Commissioner of Finance in various Cabinets, as an “entrepreneur in politics”. “He has been particularly concerned with economic policies so far, but as a future Prime Minister, he must also give priority to social policies. “Curaçao is not a poor country, there is a lot of wealth but also a lot of poverty and a great social inequality. Many people at the bottom of society voted for Schotte; that group must now get a perspective on a better existence.”

Rhuggenaath studied Business Administration in Miami and at the Rotterdam School of Management. He has been active in politics since 2003 but retired from politics in 2009 after a conflict with his party. In 2015 he was retrieved as a “lost son”.