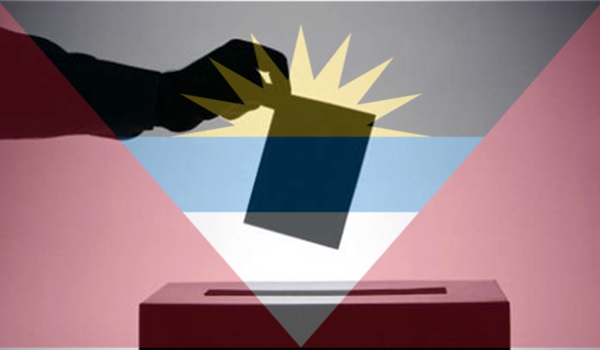 “Call the elections now!” was one of the more highly applauded statements of the night at the opposition United Progressive Party’s (UPP’s) Black March which moved through St John’s yesterday in a protest to air its dissatisfaction with the management of the country.

The call was made by the UPP political hopeful and caretaker for St Philip South, Chester Hughes who addressed the gathering of hundreds of residents who turned out for the event which commenced at Newgate Street at Freedom Hall, the headquarters of the Antigua Barbuda Workers Union (ABWU), and culminated at The House of Culture at Parliament Drive.

“If Gaston Browne calls the elections now he will recognise how unpopular he is in this country and even in his party,” Hughes said.

“Just imagine they are celebrating three years in office and his face alone is what we are seeing. Clearly there’s also a serious internal issue in the party and if he thinks he has the testicular fortitude, call the elections now and he will see how many people hate him…call the elections now, call it now…when you alone profiting you think everything going good, but businessmen are out there borrowing money to pay staff,” Hughes said in a more extensive interview after he addressed the crowd.

While the UPP marched, PM Browne was handing over keys to several homes which are part of the Antigua Barbuda Labour Party’s (ABLP’s) flagship project which promised 500 homes in 500 days back in 2014. This event was done to mark the ABLP’s anniversary of three years since it swept 14 of 17 seats at the polls, defeating the UPP.

Hughes questioned who has benefitted from the project and were given keys yesterday.

“They have failed to deliver the 500 homes and those they delivered, we ask how many teachers and police officers got homes [yesterday], it is 12 homes they gave because the sewage system isn’t in place after three years. It is 48 they were trying to finish but they only had 12 on the agenda,” Hughes said.

The workers’ advocate lamented what he said was an alleged lack of jobs, problems with the education system, abuse of power and Crown land among other allegations to include corruption of government officials.

He said these things have made the ABLP unpopular.

“The worse thing he [PM Browne] did was to hint at early elections. He has changed the mood of the people and people are now emboldened in the civil service to hold him accountable. Let him call the elections now and if he thinks the UPP is not ready he will see this big blue machine in action, we are ready,” he added as light rain began to fall.

Hughes posited how the government can honestly boast a growing economy when traditional businesses are closing down.

“The most predominant one is Stephen B Shoul and meanwhile the Chinese are taking over the city, competing with local businesses. That is something that is worrisome,” he said.

Over 2,000 people, according to the official police estimate, marched yesterday in what the opposition UPP said has been its biggest public march against the Gaston Browne led administration.