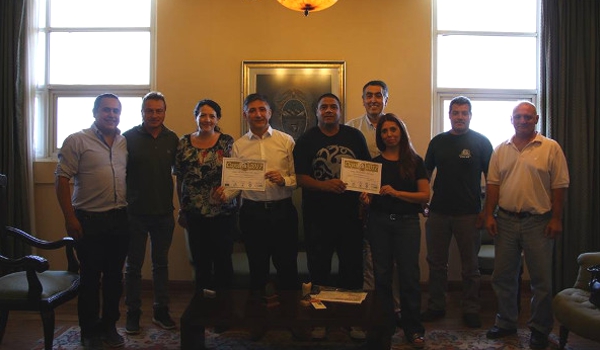 The UNLaR (UNLaR, a per its Spanish acronym) Was Awarded the First Prize at Olive Oil International Competition

SOLAR oil, produced at UNLaR´s Catuna University Headquarters, participated in the “VII Extra Virgin Olive Oil International Competition”. On that occasion, the product of this University was awarded the first prize for the “green bitter fruity/slightly spicy” category/group III”. Prizes are awarded for the best local and international olive oils.

The best competing extra virgin olive oils are selected and prizes are awarded by the “VII Extra Virgin Olive Oil International Competition”, “Domingo Faustino Sarmiento Prize”, managed by San Juan Government –through the Ministry of Production and Economic Development of said province together with Tasting Panel from UCCuyo.

A total of 25 prizes were awarded last Thursday, 7th September. Argentina was awarded 11 prizes and became the country most highly honored at this competition. This was performed within the framework of Argoliva, where the National University of La Rioja participates.