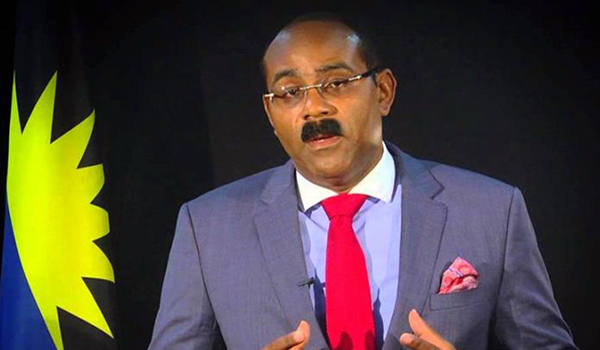 Antigua and Barbuda Prime Minister Gaston Browne has denounced the US State Department for its hostile acts towards the region in its latest International Narcotics Control Strategy Report (INCSR).

“They have become more and more hostile to countries in the Caribbean including Antigua and Barbuda,” the prime minister said over the weekend.

“But when they write up these false things, when they come with these audacious mendacities, they are undermining the relationship between the United States and CARICOM countries,” he said on local radio.

Making reference to a statement issued by St Kitts and Nevis recently, the prime minister said: “I am sure other countries will be putting out statements because they are saying things that are not factual and they got to stop it.”

The 2018 INCSR has publicly labelled all member-states of the Caribbean Community (CARICOM) as “major money laundering jurisdictions”.

However, Browne said the report contains a number of lies:

“They say, for example, that we have several casinos involved in money laundering. There is one casino operating in this country and that’s Kings Casino. The other two are closed.

“They say where as we have passed laws to tax the offshore banks [and that] we have not taxed them. We have not only taxed them but we have collected the funds… so again factually incorrect.”

He said the part of the report that dealt with the Odebrecht bribery scandal and the citizenship by investment programme was also incorrect.

With regard to a claimed increase in narcotics trafficking, the prime minister said, “There is no evidence produced to confirm that.”

“I know they don’t like my style cause I’m not going to cow down to them. They not going to beat me to the ground. When you lie, you just lie,” he said.

The prime minister told radio listeners that the US was getting its information from people opposed to his government, “and everything they say, they take it and put it in their report.”