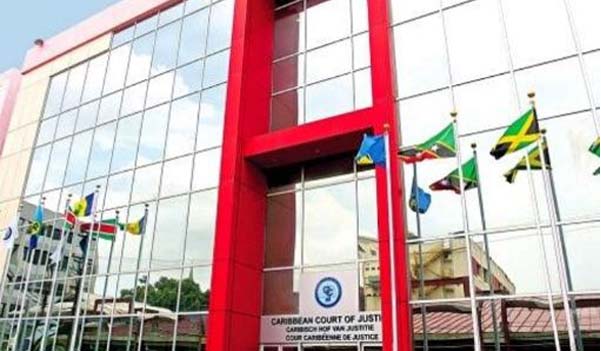 Defeat for CCJ, what is next?

The referendum seeking the permission of the electorate to move to the Caribbean Court of Justice as Antigua and Barbuda’s final appellate court, fell woefully short of the 67 percent threshold required, leaving the prime minister “disappointed.”

Yesterday, the majority of those who turned out to vote said “NO” to the government’s request, through a referendum, which, if successful, would have seen an end to the use of the current apex court, the London-based Judicial Committee of the Privy Council.

Out of the 52, 999 registered electors in Antigua and Barbuda, 17,743 voted yesterday, with 9,234 rejecting the proposal to switch courts and 8,509 voters giving approval of the Bill that would have allowed a constitutional change which is required to make the move to the Trinidad-based CCJ.

The numbers represent 52.04 percent against a move from the Privy Council and 47.96 percent saying yes to a move from it. In order to succeed with the referendum to adopt the CCJ, a two thirds majority of the turnout had to say yes.

Several proponents of the change were left dejected, including PM Browne, after the Supervisor of Elections, Lorna Simon announced the result, which, if one were to judge from the outcome of similar exercises in the Caribbean, would have been obvious. Yesterday, Grenadians rejected the effort in that country, for the second time in two years..

Over the weekend, Prime Minister Browne, who is the first leader in Antigua and Barbuda to take the country to a referendum, expressed confidence that the move he desired, would have been made.

He said he felt he had enough “patriots” on his side.

But, as polling got underway yesterday and the turnout was obviously low, it would appear that the prime minister changed his tone, when he said, “It is a daunting task getting the two thirds majority vote” and “it would be unfortunate if we do not get the 67 percent because I am not too sure when this opportunity would be made available to the people of Antigua and Barbuda again. In fact, it took us 37 years after independence to get here.”

Once the result was in last night, he told OBSERVER media, “I accept the result of the referendum. The voice of the people is the voice of God. We knew that getting 67 percent of the votes was an extremely daunting task, practically unachievable without the support of the main opposition party.”

He added that he believes the support of the opposition was very important to mitigate against the “natural inclination” of electors to vote no in a referendum and he said it is a point he had raised earlier during one of the consultation exercises with the people.

“Unfortunately, despite our commitment to pursue a joint initiative with the opposition, the efforts failed. Instead, members of the opposition were successful with their propaganda which was predicated on lies, half-truths and innuendos,” he said.

It should be noted that many who openly said they would reject the referendum, said they support the CCJ, but do not think a move is necessary now, given the number of issues they identified as bigger and more pressing.

Browne said those naysayers, as he referred to them in earlier interviews, “created sufficient fear among electors which undermined the yes vote”: hence, “the outcome, even though disappointing, was not surprising.”

As it relates to his government’s next move, Browne said he is satisfied that the labour party administration has done enough to bring justice to all at this time and since the effort was rejected, it is time to move on.

But he said his “biggest disappointment” is not just that the desired move to the CCJ failed, but it is “the impact of this failure on future constitutional reform.”

Therefore, he added, “It is unlikely that my government will, in the circumstances and in the absence of political maturity and magnanimity, pursue any further constitutional reform in the near future. My government has decided to move on. We will put this unfortunate development behind us and press on with the people’s business.”

While many lamented that the education campaign for the referendum was inadequate, others argued that they would have preferred the politicians stay out of the campaign and let the government-appointed National Coordinating Committee, lead the process it was tasked to do.

It should be noted that the committee was active, utilising traditional media, social media, townhall meetings and other door to door, face to face interactions to get the message across as to what is available at the CCJ and the Privy Council.

The public debate that ensued was intense, with each side, proponents and opponents, arguing strongly for the court they support.

Some of the arguments that stood out as it relates to why the country should retain the Privy Council are that; the people do not trust the local and regional judiciary; they want to see emphasis on reforming and improving courts, prison, police stations and case management locally before thinking about changing the final appellate court; the Privy Council does not cost the Antigua and Barbuda government anything so there’s no risk of undue influence and that the Privy Council has served well for nearly 200 years so there’s no need to move or fix what exists.

On the other side, the arguments in support of the move to the CCJ included that it would further advance the nation’s independence; it is too expensive to go to the Privy Council making it inaccessible; that its set-up insulates it from political interference; the court is fully aware and familiar with the culture of Caribbean people hence its judgments would be from a place of greater understanding; the judges are as qualified as those serving the Council and; costs are generally lower at the CCJ.

Some of people who were vocal on social media and traditional media included Queen’s Counsel Justin Simon, United Progressive Party political leader Harold Lovell who is also a lawyer, attorney Dane Hamilton Jr. and Dr. James Knight, among others, who all support the CCJ, and attorney Kendrickson Kentish, Pearl Quinn, Ralph Bowen, former MP Dr. Jacqui Quinn and groups such as CCJ Can Wait and The Movement who said a move to the CCJ is not and should not be a priority until certain issues are addressed.

For the second time in 2 years, Grenadians voted no to a referendum seeking to make the Trinidad-based Caribbean Court of Justice its final appellate court. The first occurred in 2016 when 12,635 voted against the move and 9,639 supported the move.

“I am disappointed, but the people have spoken,” Prime Minister Dr Keith Mitchell said in an interview on the Government Information Service (GIS) which occurred immediately after preliminary results from the Parliamentary Elections Office (PEO) website showed that 12,133 voted against referendum while 9,846 for the approval of the Bill.

“I accept the result; the people have spoken. We are in a democracy, the people have voted, we accepted, we move on,” he said assuring that he will not in the near or distant future introduce measures for Grenada to join the CCJ.

“I will not initiate another attempt at this time as Prime Minister,” said Dr Mitchell who felt that there are people who will continuously oppose such a move once he is serving as leader of the country. “It seems that as long as Keith Mitchell is here, I will oppose is the message from some,” he said.

Repeating his belief that the CCJ is the court that should be Grenada’s final appellate court, Dr Mitchell was of the opinion that the double message from the main opposition National Democratic Congress (NDC) contributed to more persons voting against the bill.

The NDC was originally part of the yes campaign but by the last week before the poll, the leader and other executive members called for a detail of the polls claiming that the bill was filled with flaws.

“The amount of propaganda that was spread in the last week of the campaign, it was unfortunate,” said the Prime Minister.

Alex Phillip, Supervisor of Elections said that 22,098 or 28% of registered voters participated in the referendum. Of that number there were 119 rejected ballots, 9,846 for the approval and 12,133 voted against the approval. In terms of percentage, he explained that 45.05% voted for the change and 54.39% against the change.

Grenada’s constitution mandates that for any amendment to be made, at least 2/3 of the voters who participate in a referendum must approve the proposal.