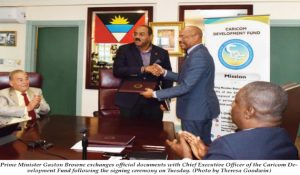 The government has received more money for a project aimed at moving Barbuda away from fossil fuels to a mix of renewable technologies, primary solar and wind power, backed up by modern battery storage.

The US $1 million grant agreement, between the government of Antigua and Barbuda and the Caricom Development Fund (CDF) was inked on Tuesday during a small ceremony at the Office of the Prime Minister.

The project will result in the construction of a hybrid diesel base-load power station with two power supply components and one storage component.

During the ceremony, Prime Minister Gaston Browne said the financial injection from the CDF completes the counterpart funding for the project, which is primarily being funded by the United Arab Emirates (UAE).

He further explained that the government will be investing in 600 kilowatts of renewable or green energy, which is expected to make the island totally green in that sense.

“The project is also expandable; so as the population grows in Barbuda, we will increase the capacity to ensure Barbuda remains a totally green island. The project will help to reduce the cost of electricity,” Browne said.

Chief Executive Officer of the CDF, Rodinald Soomer, said the proposal was approved three months after it was submitted. He also added that the money will be spent specifically on the solar power component of the project in keeping with the mandate of the regional body.

“Our support is premised on a number of factors all grounded in that core mandate of the CDF, which is to provide financial and technical assistance to CARICOM member states, to enable them to derive optimal benefits from their participation in the Caricom Single Market and Economy,” Soomer said.

Meanwhile, the project, when completed, will be able to provide solar power to Barbuda throughout an entire day based on the storage capacity being proposed.

However, PM Browne has given the undertaking that negotiations will commence shortly to ensure that the project is able to provide full power to the sister island. 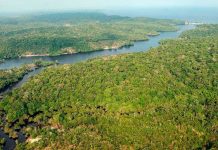 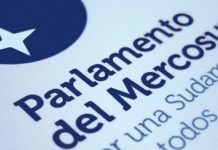 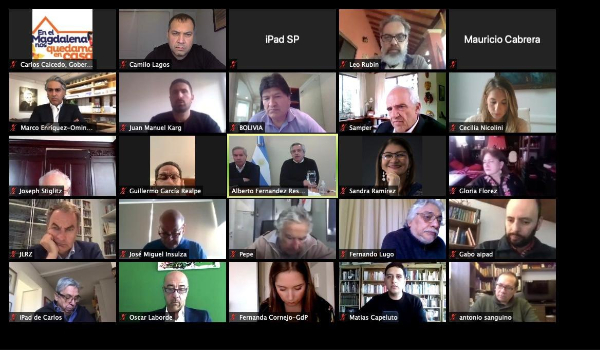 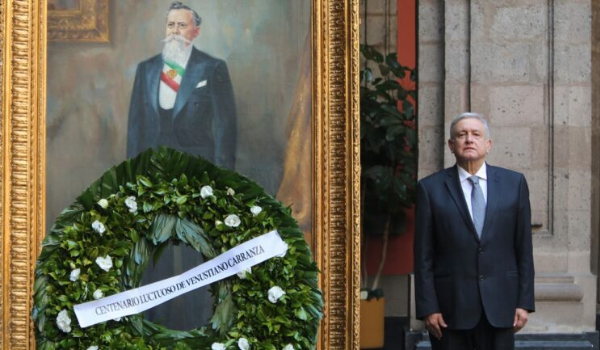 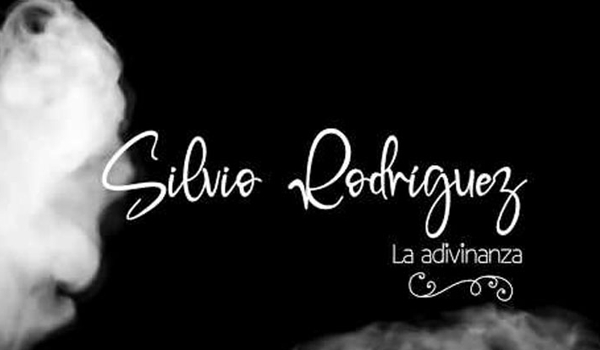