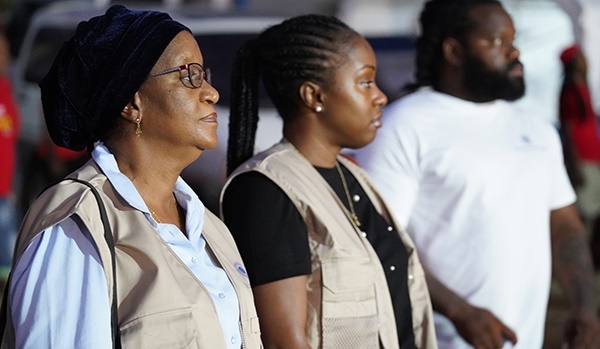 A Commonwealth Observation Group (COG) has arrived in Dominica to observe the upcoming elections.

The COG arrived in the country on 27 November following an invitation from Dominica Prime Minister Hon Roosevelt Skerrit to observe general elections scheduled for Friday 6 December.

COG members will meet with stakeholders, including election management officials, representatives of political parties, civil society groups and others, and will deploy to observe the election environment, including related court proceedings and polling day preparations.

Group chairperson Zainab Bangura is the former Sierra Leone Minister of Foreign Affairs and International Cooperation and former Under-Secretary-General at the United Nations.

In an arrival statement she said: “Our presence in Dominica affirms the support of the Commonwealth to Dominica and its democratic processes.

“The group’s assessment will be its own and not that of any other individual, institution or country.”

Election observation is a core Commonwealth role undertaken with impartiality, independence and transparency.

This role is in accordance with the Declaration of Principles for International Election Observation and the Revised Commonwealth Guidelines for the Observation of Elections in Member Countries which was agreed by Commonwealth Heads of Governments in 2018.

COGs are made up of people from various regions of the Commonwealth bringing a wealth of experience with regards to political, social and legal issues.

The COG is made up of the following members:

It will issue an Interim Statement of its preliminary findings shortly after 6 December.