Guyana President commits to finding a solution to electoral deadlock

Guyanese President David Granger has said he is disappointed that an Independent High-Level Team from the Caribbean Community (CARICOM) could not oversee a recount of votes from the March 2 Regional and General Elections.

Granger said he welcomed the team which was established after a meeting with CARICOM Chairman Mia Mottley and the Prime Ministers of Grenada, Dominica, St Vincent and the Grenadines and Trinidad and Tobago on March 14.

Opposition Leader Bharrat Jagdeo also agreed to the team overseeing a recount of the disputed elections.

On Tuesday, the High Court granted an injunction that set aside any agreement between the President of Guyana and the Leader of the Opposition and the Guyana Elections Commission (GECOM) and CARICOM.

The matter will be heard in the Supreme Court on 20th March 2020.

Granger stated: “I have said repeatedly throughout the electoral process that I will abide by the Constitution of the Co-operative Republic of Guyana, the decisions of the Elections Commission and the ruling of the Supreme Court. I maintain this position.”

“I iterate my commitment to the due completion of all electoral requirements and the conclusion of the process under the auspices of the Commission and in the interest of all Guyanese.”

“I assure the nation that I remain committed to the electoral process and to the declaration of results by the Elections Commission in accordance with the law.”

He has called on Guyanese to be patient until this matter is resolved.

Statement by the Chairman of the Caribbean Community (CARICOM) The Honourable Mia Amor Mottley, Prime Minister of Barbados on the Withdrawal of CARICOM High Level Team

The Caribbean Community (CARICOM) deeply regrets that it has been forced to withdraw the independent High Level Team it fielded on Saturday, 14 March 2020, to supervise the re-counting of the ballots in Region 4 of the General and Regional Elections of 2 March 2020 in Guyana.

The fielding of the Team had been at the request of His Excellency David Granger, President of Guyana, on Saturday 14 March 2020. In response, and given the urgency of the task, the Team was mobilised immediately and arrived in Guyana in the early hours of Sunday morning.

Given that the tabulation process had been widely viewed as not being transparent or credible, President Granger and Mr. Bharrat Jagdeo, Leader of the Opposition, agreed that the only possible resolution was by way of a recount supervised by an independent team. This was seen as a significant contribution to bolstering the transparency and legitimacy of the electoral process.

This step forward had been anchored by an Aide Memoire signed by both leaders on 16 March 2020, and the Terms of Reference prepared by the Guyana Elections Commission (GECOM) to govern the role of the High Level Team on Sunday, 15 March 2020, for the supervision of the recounting of the ballots, not only in Region 4, but in all 10 electoral districts.

The Caribbean Community has no other choice but to withdraw the High Level Team.

It is clear that there are forces that do not want to see the votes recounted for whatever reason. Any Government which is sworn in without a credible and fully transparent vote count process would lack legitimacy.

I would like to thank the High Level Team for offering to serve at such short notice and for displaying the patience they have displayed over the last three days. The Team was led by Ms Francine Baron, former Attorney-General and Foreign Minister of Dominica, and included Mr Anthony Boatswain, former Minister of Finance of Grenada and Ms Cynthia Barrow-Giles, Senior Lecturer in the Department of Government at the University of the West Indies. They were accompanied by Ms Angela Taylor and Ms Fern Narcis-Scope, the Chief Elections Officers of Barbados and Trinidad and Tobago.

As I said in an earlier statement it is critical that good sense prevail. The preservation of law and order is paramount and all parties must work hard to ensure that there is peace on the roads and in the communities across Guyana.

The Community remains committed to the people of Guyana.

18 March Statement from the Commonwealth Observer Group to Guyana

The Commonwealth Observer Group to the 2 March 2020 General and Regional Elections was constituted and deployed by the Commonwealth Secretary-General, Patricia Scotland, following an invitation from the Government of Guyana. The Group withdrew from Guyana on 15 March 2020.

It is the clear and considered view of the Group that the tabulation processes conducted by the Returning Officer for Region 4, Mr Clairmont Mingo, were not credible, transparent and inclusive.

The series of events that the Group observed in the tabulation of Region 4 results between 3-14 March are of grave concern. Specific issues include:

– The repeated cessation of the tabulation process for a variety of irregular reasons.
– The Group did not observe any material or substantive impediments inside the tabulation room, which might have prevented the resumption of the tabulation process. It is the Group’s clear view that robust exchanges between political party agents in the room only occurred when the Guyana Elections Commission (GECOM) repeatedly halted the tabulation process.
– The unlawful declaration made by Mr Mingo on 5 March at about 2pm, despite the tabulation process being halted.
– The unlawful 5 March declaration of Mr Mingo was undertaken under heavy police guard; and his departure from the tabulation centre was guided and guarded by six police officers.
– The continued failure of the Returning Officer, Mr Mingo, to comply with the 11 and 13 March orders and judgements of the Acting Chief Justice. On 13 March, The Chief Justice made it patently clear that actual statements of poll should be shown to entitled parties present. For the avoidance of doubt, the Acting Chief Justice demonstrated herself how this should be done and enquired “what was the difficulty in doing so” during the contempt of court proceedings.
– However, on resuming the tabulation after leaving the Court on 13 March, Mr Mingo refused all requests from those entitled to be present to view the actual statements of poll and did not display the spreadsheet being populated. This compromised the process of ascertaining the credibility of the statements of poll relied on by Mr Mingo to tabulate the results; and, it was impossible for party agents and those entitled to be present to observe that the numbers being called out were being accurately entered on the spreadsheet.
– In some cases, the tabulation totals announced by Mr Mingo on 13 March reflected more voters than were entered on the list of eligible electors for certain polling stations.
– At no point did the leadership of the Guyana Electoral Commission halt or rectify these blatant instances of disregard for the rule of law and electoral ethics, despite its vested authority to independently ensure credible elections.

Despite the serious and persistent electoral malpractice observed by the Group from 3-14 March, the Group welcomed the Caribbean Community (CARICOM) initiative, at the invitation of President David Granger, to deploy a High-Level Team to Guyana, to supervise a recount of the ballots. The Group notes with regret that the Team has now departed Guyana having been unable to complete their task.

The Commonwealth Observer Group commends the people of Guyana for peacefully exercising their right to vote for the Government of their choice on 2 March. This is a sacred constitutional and universal right. This right of the Guyanese people is respected when every vote is transparently and credibly counted.

In accordance with our Terms of Reference, the Group will submit its full report to the Commonwealth Secretary-General, who will forward it to the Government of Guyana, the Chairperson of the Guyana Elections Commission, leaders of political parties, and to all other 53 Commonwealth Governments. 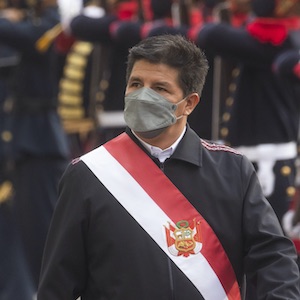