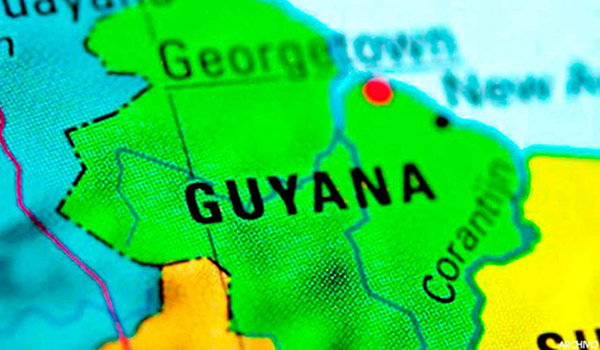 Chairperson of the Guyana Elections Commission (GECOM) retired Justice Claudette Singh has written to the Leader of the political Opposition, Bharrat Jagdeo, to inform him that the electoral body will not be taking any further steps with regards the announcement of the 2020 General and Regional Elections, until the determination of the ongoing court hearing. Opposition Leader Bharrat Jagdeo The position was communicated by way of a letter to the Opposition Leader, following a correspondence by Jagdeo, outlining formally, concerns over the declarations of the Region Four (Demerara-Mahaica) electoral results.

Jagdeo, in a letter to the Chairperson on Saturday, noted that under the guidelines in Section 83 of the Representation of the People Act, the ballots had been counted and Statements of Poll (SOPs) generated, each of which was carbon copied to political parties.

He was adamant that based on those SOPs, the People’s Progressive Party/Civic (PPP/C) had won the elections by a margin of more than 15,000 votes.

According to Jagdeo, in relation to district/Region Four, the verification process catered for under Section 84 (1) of the statute, did not run smoothly and was interrupted intermittently for various reasons including illness, exhaustion or unavailability of elections officials. Retired Justice Claudette Singh He noted too that on one occasion, the process had been stopped by the need to locate about 20 SOPs, in relation to votes which had been recorded on a spreadsheet by the Chief Elections Officer (CEO), Clairmont Mingo, for Region Four.

According to Jagdeo, “those votes purported to represent the votes recorded in the corresponding Statement of Polls but they were far different from the carbon copies of Statement of Polls which the counting agents had in their possession.”

Formally lodging his complaint with the election’s authority, the PPP’s General Secretary and Opposition Leader noted that by this time only 421 of the 879 ballot boxes had been verified using the stipulated process provided for in the Representation of the People Act.
According to Jagdeo, the RO—Mingo—subsequently announced that he had a declaration despite the fact that the verification process in accordance with the laws had not been resumed and this led to an uproar at the RO’s Office at the Ashmins building.

Jagdeo in his missive called on the Chairperson to resume the verification process in accordance with the provisions of the law, voluntarily and without prejudice to the pending proceedings.

Justice (retd) Singh responded by saying, however, that the matter in light of the court proceedings is ‘sub judice’ and that the Commission will have to await the outcome of the litigation before taking its next step.

Jagdeo had charged too that a request for a recount has been submitted to the RO and that should the Commission not find favour with resuming the verification process then it should proceed with an immediate recount, without prejudice to the pending court case.
The Opposition Leader also demanded of the GECOM Chair that Mingo and the Commission preserve the original SOPs for Region Four.

US Secretary of State, Canada discuss “democratic transition in Guyana”

The crisis precipitated by the A Partnership for National Unity/Alliance for Change (APNU/AFC) power grab through manipulating the elections has reached the highest level of the United States Government.

On Monday the United States (US) Secretary of State, Mike Pompeo announced that he discussed the matter along with the Coronavirus and Venezuelan crises with the Canadian Deputy Prime Minister, Chrystia Freeland.

“Spoke today [Monday] with Canadian Deputy Prime Minister @CAFreeland [Chrystia Freeland] to discuss the crisis in #Venezuela, the COVID-19 outbreak, support for democratic transition in Guyana, and the importance of continued strong @OAS_Official leadership on democracy and human rights,” Pompeo said on his Twitter account.

Pompeo’s statements come on the heels of increased pressure from the international community to have the Guyana Elections Commission (GECOM) completely verify the Region Four (Demerara-Mahaica) results before any declaration.

In their statement, the group noted that based on their observation of GECOM proceedings at the Region Four office and the fact that the full count was not completed, they questioned the credibility of the Region Four results.

“We urge the Guyana Elections Commission and all relevant actors to expeditiously complete the tabulation on the basis of the Statement of Polls. We call on all Guyanese to remain calm and patient and for all leaders to exercise responsibility and restraint,” the envoys representing the most powerful countries in the world said.

The western democracies’ sentiments were in sync with the local business community which insisted that the electoral process that undergirds democratic governance should not be subverted. Caricom, Organisation of American States, Commonwealth, France and Norway were among numerous groupings which called for the complete verification of Region Four results.

The Private Sector Commission (PSC) also made it clear that they are appalled at GECOM’s attempts to trample on the statutory process. The Commission also noted that GECOM’s actions are occurring under the watch of the Chairperson, retired Justice Claudette Singh.

“The tabulation process has certainly raised doubts about the integrity of the GECOM Chair, the Chief Elections Officer and some of their staffers. The threats to withdraw accreditation from the international observers further erodes confidence in the process.”

During an interview with this publication, PSC Chairman, retired Captain Gerry Gouveia made clear the implications if President Granger is elected through a rigged process. According to him, the international community could come down on Guyana “like a ton of bricks”.

On the evening of March 5, Chief Elections Officer, Keith Lowenfield had committed to having the verification process run throughout the night until completion. However, this was never done, which was a clear violation of the law.

An injunction was sought and granted to former Attorney General Anil Nandlall after the Returning Officer for Region Four, Clairmont Mingo attempted to declare unverified results for district four from the General and Regional Elections.

Mingo, however, secretly declared the results – to the surprise of the main political Opposition, smaller political parties, elections observer missions, and the wider international community. The matter is currently before the court and will continue today.

Granger, who is performing the functions of a caretaker President, also said that he has no control over GECOM and urged the public to allow the Elections Commission “to execute its mandate to deliver credible elections to the Guyanese people”.

In his statement he acknowledged that one week after General and Regional Elections were held there had been no final declaration of results and that uncertainty and unease have arisen. 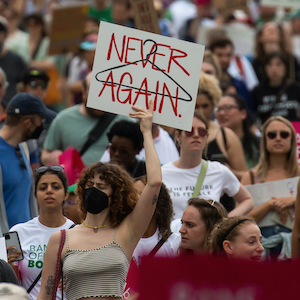