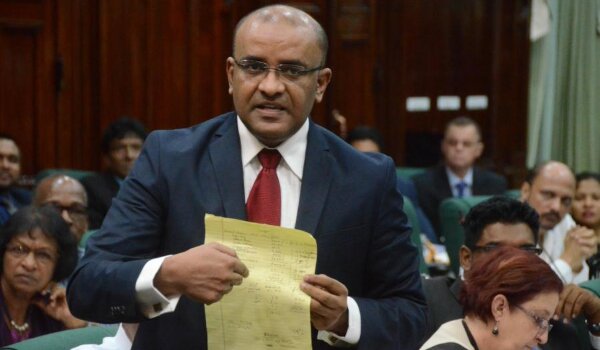 Opposition Leader Bharrat Jagdeo has strongly condemned the use of taxpayers’ money by the caretaker APNU/AFC Coalition to hire a lobbyist firm to peddle a false narrative about the March 2 General and Regional Elections, the results of which are yet to be declared some six weeks later.

he United States has been at the forefront in mounting international pressure for the elections results to be credible and transparent, following fraudulent declarations made by embattled Returning Officer Clairmont Mingo. Mingo’s declarations have since been set aside, and the Guyana Elections Commission (GECOM) is now preparing to conduct a total recount of all the votes cast.

As such, the caretaker Coalition has hired Washington-based lobbyist firm JJ&B LLC to engage the U.S. Department of State on its behalf in changing the narrative on the current political and electoral impasse.

On Thursday, Director General in the Ministry of the Presidency, Joseph Harmon, defended the retainment of the firm.

“We believe (that) as a Government it was our duty, our responsibility, to ensure that our narrative – the facts as they occurred — should be placed there in these capitals [around the world]. And therefore we felt it was necessary to have a company that has that access to be able to put out our side of the story,” he noted.

In the document filed with the U.S. Department of Justice, which was received by the Foreign Agents Registration Act (FARA) Unit of the United States National Security Division on March 31, 2020, the Guyana Government was named the ‘foreign principal’; the Ministry of the Presidency was listed as the agency that is being represented by the lobbyist firm; and Harmon was named as the official with whom the company engages.

Despite this, however, Harmon, who was campaign manager of the APNU/AFC Coalition, is claiming that the retainment of the company is being funded to the tune of US$72,000 by party supporters, and not with money from the State’s coffers.

“This is not funds from the Government. We have supporters around the world who are very incensed, who are upset that this kind of narrative continues to be perpetuated on a daily basis, and have come forward to say, ‘what can we do to help?’,” Harmon stated.

Harmon noted that supporters abroad have pooled their “lil $100, $2000 and things like that, and they are paying for this. No money has come from the Government treasury.”

However, Jagdeo has rubbished this claim, saying that he does not believe that it is in fact Coalition supporters who are funding the lobbyist firm.

“We believe that it’s taxpayers’ money that had been used to fund this activity – a party activity… In fact the company should release the source of the payment, whether it’s coming directly from Congress Place (the head office of the People’s National Congress Reform – the leading party in the APNU faction of the Coalition). When we paid for the Mercury firm, we paid directly from the party, so we can show the money transfer. It would be interesting for us to see the money transfer order that Harmon made from the party to this company,” he contended.

According to Jagdeo, who is also the General Secretary of the Opposition People’s Progressive Party/Civic (PPP/C), if supporters are indeed paying for the document, then it means that the U.S. is being misled.

However, the Opposition Leader believes that Harmon’s claim is just a deflection from concerns raised on the grounds of misappropriation of public funds by local stakeholders over the massive spending to hire the U.S. firm, when any spending during this period is supposed to be only for emergency needs and for basic operations of the country, until a new Government is sworn-in. He added that, according to Guyana’s laws, it is illegal to use public funds to pay for a party-related activity.

The 147-page document being circulated, titled ‘Dossier Guyana Elections 2020’, claims that the PPP has been trying to gain U.S. support to stage a coup against the David Granger-led Government, and that if it were to succeed, then Russia and China will be in control of the area stretching from Venezuela to Suriname.

It further alleges that Jagdeo has been working actively to undermine U.S interests, and has been seen as an ally to both current and past Venezuelan Leaders, Nicolas Maduro and the late Hugo Chavez respectively.

In response, however, the former President of Guyana rubbished these claims, calling them “ludicrous”, “utterly stupid” and “nonsensical”. He posited that in its 23 years in office, eight of which were led by him, the PPP/C has never traded the sovereignty of Guyana, and would never do so.

He said that unlike the current behaviour of the Coalition administration, his party has always subscribed to open, democratic values, including the conduct of free and fair elections.

Nevertheless, Jagdeo said the PPP are not worried about the dossier, which he noted is riddled with misleading information.

“I am not worried too much about the document itself… All (the US) have to do is to request a brief from the State Department, or just do five minutes of research, and you will see how useless this dossier is. What they’re trying to do, though, is to raise the red herring. They made claims that they won the elections and there is a conspiracy by PPP to deny them this victory…So they’re raising a lot of red herrings, hoping that the U.S. Government’s position will change,” he asserted.

As recent as on Wednesday, Assistant Secretary for the U.S. State Department’s Bureau of Western Hemisphere Affairs, Michael Kozak, lamented that Guyana is yet to have a credibly elected Government.

“It has been 6 weeks since elections were held in #Guyana with no result. The U.S. (urges) GECOM to conduct a recount as soon as possible. Guyanese citizens need a government elected based on a credible count of their votes now more than ever,” Kozak tweeted.

President David Granger Friday afternoon added a bizarre twist to news that the Government had hired a Washington-based firm to push APNU+AFC elections narrative in the United States. In fact, the President said he knew nothing of it and he also did not know the firm was hired by his right-hand man, Joseph Harmon, on behalf of the Government.

Despite the President’s denial that the Government hired the company, the legal documents filed by the company with the U.S. Department of Justice show the company landed a contract with the “Government of the Cooperative Republic of Guyana” of “Shiv Chanderpaul Drive, Bourda Georgetown GUYANA.”

Harmon admitted that the firm was hired by the Government, saying it was meant to counter arguments being peddled by the PPP in Washington.

“We believe as a Government, it was our duty, our responsibility to ensure our narrative. The facts as they occur should be placed there in these capitals and therefore we felt it was necessary to have a company that has that access to be able to put out our side of the story,” Harmon said on Thursday.

But on Friday afternoon, the President’s office said the statements were “erroneous” that the government and by extension the President had hired JJ&B, LLC.

“The Government of Guyana has not hired JJ&B, LLC and has no contractual arrangement or affiliation with the said firm. No Government funds were used to hire the firm,” the President’s office said.

It said President Granger was not involved in the hiring of the said lobby firm.

The Ministry said it “urges citizens to be responsible when making public statements and at all times seek out the truth rather than disseminating spurious claims.”

It was Harmon who said the company was retained by the Government to push back against growing concerns in the United States over the APNU+AFC’s insistence that it had won the March 02 elections though the vote count in the largest electoral district was deemed as fraudulent.

The Director-General said the false information is being spread by the People’s Progressive Party (PPP) through a lobbyist firm it hired in 2019 –Mercury Public Affairs –for that purpose.

He said it is the Government’s duty to publicise the “facts” to counter what is being perpetuated.

Public documents on the U.S Department of Justice website shows four other persons receiving US$8,000 each for an initial cumulative payment of US$72,000 from the Government of Guyana.
But Harmon later told the media that government funds were not being used and that it was “upset supporters” of APNU+AFC who were putting the money to pay the firm.

The United States Government has threatened to implement sanctions against Guyana if a Government is sworn in using fraudulent results.

Harmon said the dossier which was filed with the Department of Justice was presented to a team of CARICOM leaders who visited Guyana in March and brokered an agreement between the President and Opposition Leader for a national recount of all ballots from March 2.

He said it was also given to other persons.

That dossier lists both the President and Harmon as citizens of the United States.

The US’ Foreign Agents Registration Act (FARA) requires certain agents of foreign principals who are engaged in political activities to make periodic public disclosure of their relationship with the foreign principal, as well as activities, receipts and disbursements in support of those activities.

This is what the lobby firm did and named the Government of Guyana as the foreign principal it is working for.

Disclosure of the required information facilitates evaluation by the government and the American people of the activities of such persons in light of their function as foreign agents, the FARA website states.

The lobby firm did say it was doing political work and disclosed that it was being paid an initial retainer fee for the month of April of US$40,000. Four other persons working with the firm did disclose they were being paid US$8,000 each.

Individuals who wilfully violate statutory FARA provisions or associated regulations are subject to fines up to US$10,000 and imprisonment up to five years.
The penalty for a willful violation of FARA is imprisonment for not more than five years, a fine of up to $250,000, or both.

Certain violations are considered misdemeanors, with penalties of imprisonment of not more than six months, a fine of not more than $5,000, or both. There are also civil enforcement provisions that empower the Attorney General to seek an injunction requiring registration under FARA (for applicable activities) or correcting a deficient registration statement.

It is unclear at this time how FARA agents would react to the government here saying it has not hired JJ&B LLC despite the firm filing documents saying so. 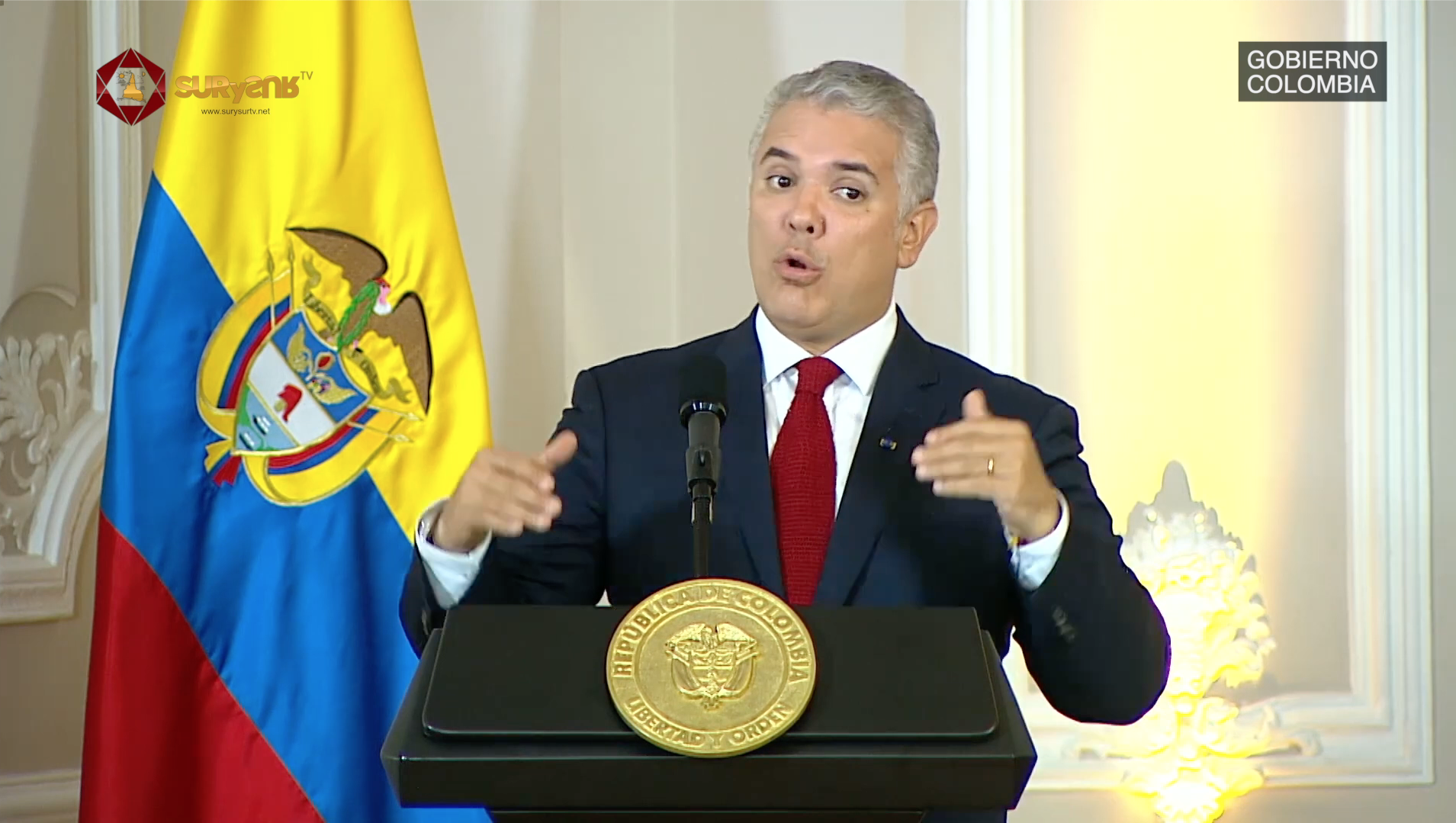 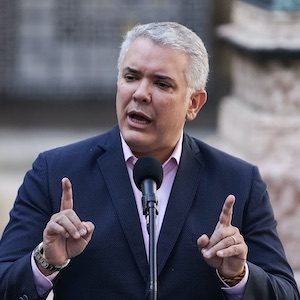