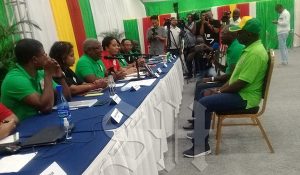 Suriname’s General Elections on Monday will be monitored by a four member Election Observation Mission (EOM) from the Caribbean Community (CARICOM).

CARICOM said it was invited by Surinamese officials to monitor the polls.

The mission will be lead by Dora James, Supervisor of Elections of St Vincent and the Grenadines.

James has served as a member of CARICOM Election Observation Missions to other member states.

CARICOM said the EOM “proposes to meet with the electoral officials, leaders of political parties and other stakeholders of the Republic of Suriname and will monitor the electoral process including the opening of the poll, the voting process, the closing of the poll and the counting of the ballots.”

“For CARICOM, election observation serves as a platform to support existing democratic traditions within the Caribbean Community as part of its wider policy of supporting democracy and good governance.”

Today the Electoral Observation Mission of the #OAS arrived in #Suriname for the general elections of May 25, the first such Mission deployed during the #Covid_19 pandemic pic.twitter.com/im4zRgKZ8p

Suriname is rarely in the news these days, usually only making headlines when there’s been an update in the ongoing murder trial of the country’s president, Desiré Delano Bouterse. And, in November 2019, there was such news: Dési Bouterse was convicted in the case of the so-called December murders—the deaths of 15 members of the military, the political opposition, and civil society who were shot at Fort Zeelandia in Paramaribo, Suriname’s capital, in 1982. This was during Bouterse’s first stint in power, as dictator, not president.

There is little love lost between Bouterse and the small portion of the Western political establishment that takes notice of Suriname’s politics. Having also been convicted in absentia in the Netherlands for drug trafficking, he’s been accused of running “the new paradigm of a criminalized state.” Even so, the details of the December Murders have been in the public sphere for some time. An election is coming up on May 25, but it is likely that the latest developments in the December Murders, however newsworthy they are, will have little effect on the outcome.

Domestically, sentiments toward Bouterse are more often conditioned by attitudes toward the National Democratic Party (NDP) he founded in 1987 than by knowledge of his relationship to the 1982 executions. And for foreigners who might wonder how Bouterse and the NDP might fare in the coming elections, turning away from the topic of the murders for a moment provides the best chance of figuring that out.

Here, it’s best to start back in the 1930s and 1940s, when Suriname was still a colony of the Netherlands. Anton de Kom, a member of Paramaribo’s large dark-skinned Creole class, organized labor movements and agitated for independence, irritating the colonial authorities and landing in jail in the Netherlands, as did the younger Eddy Bruma. Both looked back toward the Maroon Wars of the 18th century and hoped for a contemporary political movement uniting the forest-dwelling Maroons, Creoles, and other impoverished Surinamers. The Germans occupied the Netherlands during World War II, and De Kom died in a concentration camp. Bruma survived the war, organizing first in the Netherlands, then back in Suriname.

Johan Ferrier, a member of Suriname’s light-skinned Creole elite who would eventually become the independent country’s first president, was one of the earliest members of the National Party of Suriname (NPS). To ensure political success, it represented both light- and dark-skinned Creoles, and was for a while popular among Maroons. Other parties represented the country’s large Hindustani and Javanese populations. But the early NPS wasn’t the party of which de Kom and Bruma had dreamed. Instead of being centered on Suriname’s poorest people, it was centered around its upper-crust leadership. Despite the early rise within its ranks of populists like Johan Adolf Pengel, when it came time to choose between the interests of Suriname’s most marginalized people and the opportunity to make a good economic deal for the colony, the NPS didn’t hesitate to take the latter course. Often, they seemed entirely unaware that they were even making a tradeoff.

Thus, in the 1950s, Ferrier inked a deal with Alcoa that would result in the establishment of a domestic alumina-producing industry on top of the already burgeoning bauxite industry. It would bring the country a long way toward fiscal independence, but would require flooding half the territory of the Saamaka Maroons, who were not consulted until after the agreement was reached. The promises of the NPS to the displaced Saamaka were not kept, and when Bruma went into the forest to the soon-to-be-destroyed village of Ganze to meet with the Saamaka and hear their concerns, Pengel had him arrested.

The NPS got its alumina industry, and in 1974, it got Alcoa to agree to a new tax on bauxite, enabling it to fund some projects for the urban poor and set the stage for independence in 1975. Henck Aron, the architect of the bauxite levy, became Suriname’s first post-independence prime minister, and he was in office during Bouterse’s 1980 coup. As the military administration consolidated its power, Ferrier, Bruma, and the rump civilian government set up structures to ensure that coup leaders would be unlikely to disrupt Suriname’s bauxite and alumina revenue streams. Ferrier gave Bouterse some statesmanlike advice and soon left the country for the Netherlands, never to return; Bruma stayed on as an informal government advisor.

The Dutch had promised economic aid for the first several years of independence, but they seized on Bouterse’s arrival in power as a reason to cut off aid. Ever since, Dutch aid to Suriname has been explicitly tied to the inverse of Bouterse’s political fortunes. Simultaneously, Alcoa spent the 1980s negotiating the bauxite levy downward until it finally succeeded in having it eliminated.

While former secretary of state George Schultz wrote in his memoir that the United States considered having South Korea, of all countries, invade Suriname and depose Bouterse, the main international efforts were to fiscally starve the country into a dislike of him, which never succeeded. For attentive foreigners, the fact that Bouterse fought a war from 1986-1992 with one and a half of the country’s six Maroon groups may have obscured the breadth of his base of support. In 2010, the leader of that rebellion joined his government. In 2015, when they split again, the NDP won its largest-ever share of the Maroon vote.

Bouterse was able to create and sustain the majoritarian leftist political movement of which de Kom and Bruma had been so hopeful. Unlike Ferrier and Pengel, he did not subordinate Keynesian stimuli to balance-of-payments questions, and unlike them and Aron, he spread the government’s largess well beyond the outskirts of the capital. In fact, his creativity in finding funds in the face of durable Western economic blockades may plays a role in Suriname’s reputation as a “criminalized state.”

So is Bouterse unbeatable? Not quite. First off, he and the NDP have lost before, losing elections in 1991, 2000, and 2005, in each case to a multiparty NPS coalition. (When the NDP won in 1996, Jules Wijdenbosch, not Bouterse, became president).

More important is why the NDP tends to lose. The historian Ellen Neslo notes that as far back as the 18th century, the cost of living in Suriname has been high, to the benefit of what was then its small population of black freedmen and urban slaves doing paid piecework. Ever since, this purchasing power has been a point of pride for Suriname’s poorest, who recall with pride that for much of the 20th century, the Surinamese gulden traded at a premium to its Dutch equivalent. In the 1940s and 1970s, when Alcoa pled with NPS administrations for unilateral devaluations, it was members of the urban poor who militated against this move. For the NDP’s lower-class electoral base, high inflation is an existential threat.

Why does this matter now? Because all three of Suriname’s bouts of runaway inflation happened on the watch of Bouterse and the NDP, and the third just started in February. $100 million went missing from the central bank, and the vice president said it was used to buy things like onions and potatoes, which sound rather like the contents of the food packets the NDP distributes to Suriname’s poor. The pliant governor of the central bank was arrested, and it took a while to find a replacement both qualified and acceptable to the government. Suriname’s credit rating was downgraded, rapid inflation kicked off, the NDP passed a law fixing the exchange rate, and Suriname’s banks shut their doors in protest.

It sounds like a less picturesque rehash of the end of Wijdenbosch’s administration in 2000, when the government emptied its coffers to build a beautiful and useful bridge over the Suriname river just before going down to electoral defeat. All told, Bouterse may be facing his hardest election season yet, though other factors may yet come into play. For one, the bankers who helped to shape public opinion might overplay their hand.

The global pandemic may also throw a wrench into the proceedings, although this too seems unlikely. Suriname has been a rare success story in Covid response, having for several weeks completely eradicated active transmission after putting in place aggressive containment measures immediately following the arrival of the first Covid-positive traveler. The government is starting to loosen restrictions, keeping schools, public transportation, and borders closed while shortening the curfew and allowing gatherings of up to fifty people. Returning Surinamese repatriated from abroad and undocumented border-crossers are kept in strict government quarantine for fourteen days—as of this writing, Covid had just been reintroduced from Belém by a clandestine migrant. When the prime minister of Sint Maarten announced a hardline approach that she compared to “the Suriname general,” she had fifteen minutes of fame in the United States, but there’s little evidence in-country that Bouterse will experience a Covid-eradication bump.

If the NDP does lose, there is the question of who might come forward. Ronnie Brunswijk, Bouterse’s bodyguard-turned-rebel leader-turned-political rival-turned-NDP ally-turned-member of the opposition, has long waited for such a moment. The Brotherhood and Unity in Politics party (BEP), currently aligned with the NDP, is likely to do well regardless. A more immediate potential beneficiary of Bouterse’s downfall may be a transformed NPS, or the VHP, a party that has favored stark austerity and policy gradualism since it was home to Ferrier’s strongest political opponents 70 years ago.

Before the 1980 coup, center-left and center-right parties like the NPS and VHP divided Suriname’s populace along ethnic lines during election season and then reconciled with Verbroederingspolitiek (literally, reconciliation policy) once in power. New leftist political parties came and went without effect every electoral cycle while the urban and rural poor were sectioned off from one another, getting angrier with each passing year. Bouterse’s leftist presidentialism established a united, potent political bloc, but fiscal challenges, external and self-inflicted, have hampered him throughout his career. Whether it comes from this election or the next, the post-Bouterse period is coming. Will it mark a return to the mid-twentieth-century model of nonpartisan horse-trading by ethnic-party bosses? Or is something else in the wings?

D. S. Battistoli’s work has been published in Africa Is A Country, the Binghamton Prospect, Brittle Paper, and the NACLA Bulletin. He is an international development worker with experience in Suriname, Senegal, Mali, Burkina Faso, Niger, Ghana, Liberia, Haiti, the United Kingdom, and the United States, and he lives in Suriname with his books. 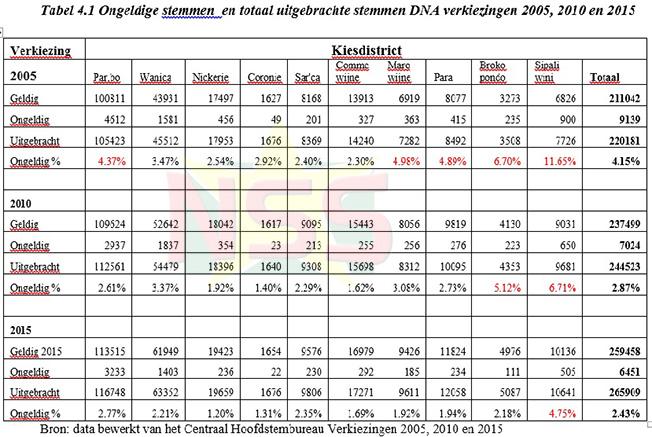 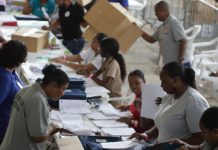 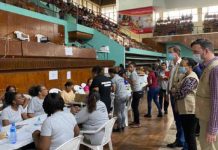 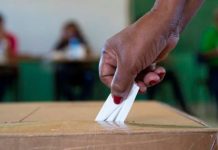 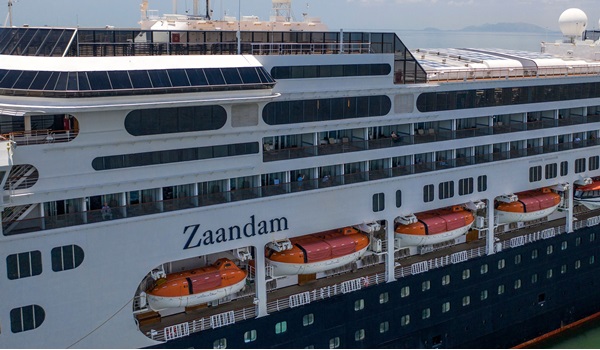