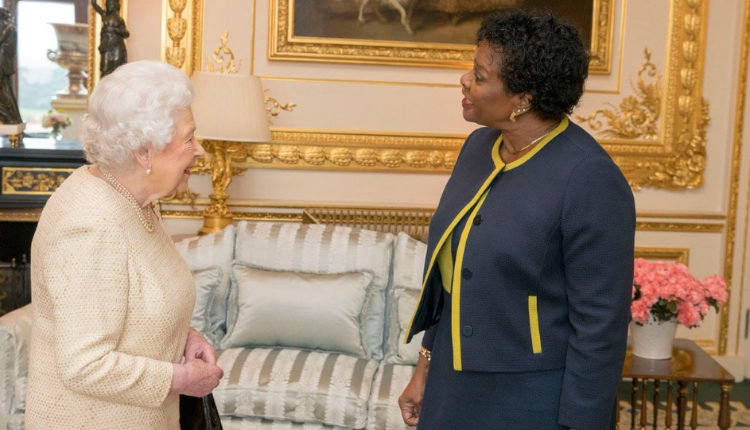 This week we heard that Barbados seems set to do away with Her Majesty Queen Elizabeth II as the ceremonial Head of State, and in so doing to become a republic. Many Barbadians hearing or reading the various news reports regarding the announcement, probably said ‘Here we go again!”, for it is not the first time that a Government has proposed the idea of Barbados becoming a republic, promising that they would be the one to make it a reality.

In the Throne Speech on Tuesday, delivered by Governor General Dame Sandra Mason, reference was made to a caution issued in the lead up to Independence in 1966 by Barbados’ first Prime Minister, The Rt. Excellent Errol Walton Barrow, against “loitering on colonial premises” and it was stated that “the time has come to fully leave our colonial past behind” and “take the next logical step toward full sovereignty and become a republic by the time we celebrate our 55th Anniversary of Independence”. That milestone will be celebrated next year, giving the Government just over a year to bring the plan to fruition.

Now it was about 17 years ago that a previous Barbados Labour Party Administration, led then by the late Professor Owen Arthur, put forward the republic idea. Mr. Arthur at the time said there would be a referendum to allow the people to decide if they wanted to replace the Queen as the Head of State and have a Barbadian President, but it never came to pass. It would then be more than a decade before former Prime Minister Freundel Stuart revived the idea, suggesting that such a change was occupying the attention of his Government as the country approached 50 years of Independence.

Undoubtedly, there is a compelling argument to be made for Barbados becoming a republic. We gained our independence from England more than 50 years ago, and have during that time developed a strong democracy and abandoned the Privy Council as our final court of appeal, instead embracing the Caribbean Court of Justice. It is therefore reasonable to assume that the next step towards political maturity, would be a shift from a monarchical to a republican system of government.

Certainly what the current administration has that others did not, is the overwhelming majority needed in both Houses of Parliament to sever the final thread of the proverbial umbilical cord. But still we wonder how successful this Government will be on this matter, given that others have failed. One wonders too if they will, as was talked about by previous administrations, have a referendum to hear from the people. That is definitely one of the many questions left unanswered in Tuesday’s announcement.

Moreover, apart from wondering if there will be a referendum, people are unsure what a republic would mean for Barbados – what it would look like; if or how it would affect their everyday lives; and if Barbados would remain a member of the Commonwealth. Also burning questions on persons’ minds is the title the new Head of State under a republic would bear, and what type of republic it will be – a presidential republic, semi-presidential republic or parliamentary republic – we do not know. It is hoped that these questions will be answered momentarily and that in keeping with Government’s thrust be transparent and accountable, that the plan will promptly be made clear to Barbadians.

On Tuesday we also heard that parliamentary reform is on the agenda, as no improvements have been made in almost 50 years. A commission, made up of political parties, the Social Partnership, and the Social Justice Committee, is to be established and led by Sir Richard Cheltenham, the immediate Past President of the Senate. One hopes that in the examination this Commission does to promote a higher level of democracy in this country, issues such as making the Senate more than a rubber stamp, are among those addressed.