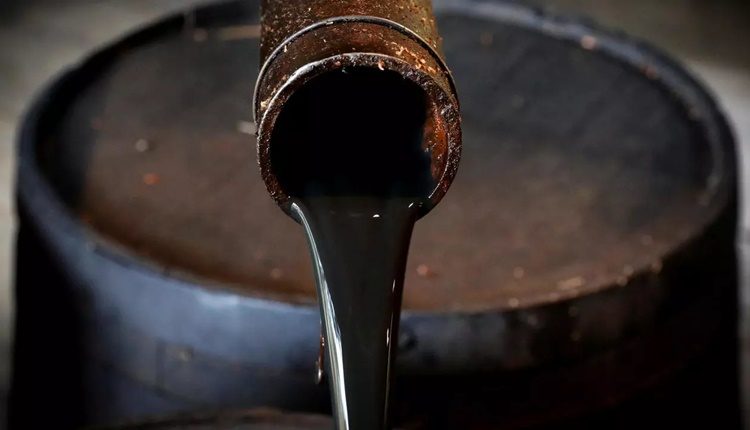 A second illegal oil dumping site has been discovered on Grand Bahama following a similar incident about two weeks ago.

#“I’m infuriated by this type of irresponsible, disgusting, criminal activity happening right under our nose (illegal oil dumping), just a few hundred yards from our Garden,” the MP for Central Grand Bahama, posted on his Central Grand Bahama Facebook Page.

#On Saturday, a large quantity of oil and many empty motor oil containers were found in bushes, near the Bahamia Maintenance Services in South Bahamia. The area that has been designated for the Central Grand Bahama Community Garden project.

#Mr Darville and Mr Lewis were there at the project site, along with several young people, when the discovery was made.

#“This is becoming very, very disturbing,” said Mr Darville, chairman of Save the Bays, an environmental group.

#“While we were with 20 young people teaching them how to grow and prepare the land for growing, some concerned person came to me… and took me 900 yards to the west of where we were gardening. When we got within 10ft of the place, the odour was absolutely abominable,” he said.

#Mr Darville reported that the oil dumped on the ground had spread some six feet into the bushes.

#He believed that the oil could have come from a local auto-repair business.

#“There was an accumulation of gallons and gallons of used oil, and there were hundreds of empty quart bottles of engine oil mixed with oil dumped there in that vicinity,” he explained.

#“Every quart of oil or anything that may have an impact on the environment, there is taxation on it in the country, and that has been for a number of years. But, as far as I can tell, not one single dime of that has been used to take care of the cleaning up of our environment.

#“When you have substances particularly like oil and hazardous waste, there should be strenuous monitoring on every entity in the country that uses a significant amount of oil and where they are going to dispose of the used oil,” he said.

#The environmental activist also noted that the island is already facing challenges with potable water. He noted that South Bahamia was one of the few areas not impacted by the surge last year during Hurricane Dorian.

#“South Bahamia is actually above sea level and is where they can dig for freshwater. And now, we have this irresponsible, reprehensible, and stupid dumping of wasted oil there,” he said.

#Mr Lewis, who is also Minister of State for Disaster Preparedness, Management, and Reconstruction, said it appears the area was being frequently used as an illegal oil dumping site before the community garden project began.

#He believed that the illegal dumping activity would have gone unnoticed had the garden project not been implemented in that area.

#“I was completely disgusted, and so was Joe Darville,” he said when contacted by The Tribune on Saturday. I cannot believe some people could be so irresponsible when there is a facility on the island for the disposal of used oil.”

#In addition to possible contamination of the water table, Minister Lewis added that it could have posed another environmental hazard if the area had caught fire.

#“There’s a lot of dry brush there, and if a fire had started, it would burn for days and released a lot of toxic (smoke) and gases into the air. We do not need any other health issues in the GB community. We already have the issue of potable water on the island… and now here comes an irresponsible person to contaminate our water table.

#“If the garden had not been there, we would not have discovered that illegal site. And so, it was reported to the relevant authorities to investigate, and I hope the persons responsible will be shut down and brought before the courts,” stressed Mr Lewis.

#He assured that the incident would not hamper the community garden project, which is progressing well.

#Minister Lewis noted that he is pleased that the government has passed a bill, which includes the establishment of an Environmental Court.

#He urged anyone with information about who may be responsible to speak with authorities.

#“This happened in the Barbary Beach area two weeks ago, and now in Freeport, and who knows there could be other areas… and it needs to stop,” Mr Lewis said.

#“No, our environmental laws are not tough enough, he stated when asked. And the laws may be there, but they are not enforced. And there is no monitoring – nothing is being done. People are not conscientious; they are not sufficiently aware of the hazards of wasted oil, refrigerators, and washing machines.”

#“We need monitoring and I give the authorities kudos for investigating the oil dumping incident at Barbary Beach,” he said.

#Mr Darville said during clean-up in that area, he was informed that the oil had also flowed into a cave with water and that efforts would be made to remove the oil.