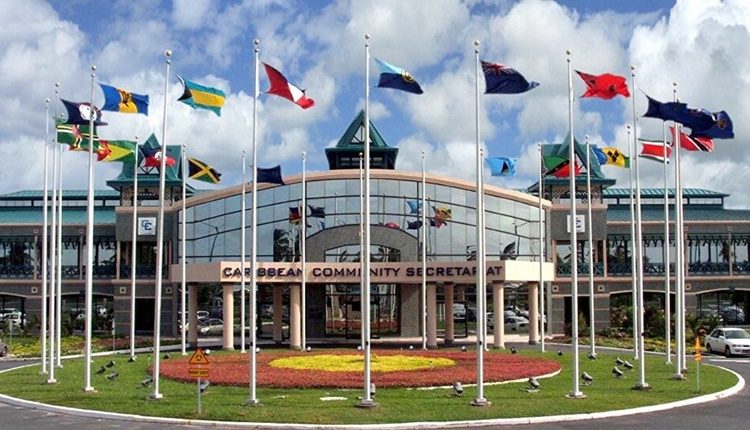 “Impact of Climate Change and Health on

The Caribbean is confronted with numerous challenges, but there is no doubt that the most urgent and the greatest threat is climate change.  It is no exaggeration to say that climate change threatens our very existence.

We have experienced its devastating effects, mainly through the greater frequency and intensity of storms, unusually heavy rainfall, drought and rising sea levels.  There is, however, another less obvious consequence, the effect on health.

That is why this project “Strengthening Climate Resilient Health Systems in the Caribbean” is so critical at this time, and it is my pleasure to participate in its Launch.  This project brings with it a great deal of expectation for a number of reasons, chief among them being the need for Caribbean-specific data and information to drive policy interventions and actions.

Perhaps even more urgently, is the expectation that this intervention will address the need to shore up the resilience of this Region to the impacts of economic, health, environmental and social crises like the COVID–19 pandemic we are currently battling.

Climate change and the COVID-19 pandemic as single occurrences are devastating for vulnerable countries such as, Small Island and Low-lying Coastal Developing States (SIDS) like CARICOM Member States.  When combined, the consequences and toll on the lives and livelihood of our peoples are enormous.  To combat these challenges, our Region has come together using the institutions that we have established and which will be involved in the implementation of this project.

•       CARPHA will design, develop and pilot an integrated surveillance system inclusive of a model, for expansion and sustainability of the system in three CARIFORUM countries with a preliminary focus on zoonotic, vector borne disease, foodborne and water borne disease, respiratory disease and heat-related illness;

•       The CCCCC will advance the development of health and climate change concept notes for funding, and as we know the CCCCC is one of two regional institutions accredited to the Green Climate Fund;

•       CIMH will develop an Early Warning System for Sahara Dust in one CARIFORUM country, and this of course will build on the excellent work CIMH has been already spearheading in early warning systems for drought in key economic sectors;

•       UWI will foster an interdisciplinary cadre of fifteen climate change fellows from across the Region trained in Climate Change, One Health and Leadership, and lastly;

•       The CARICOM Secretariat will ensure that the outputs of the project will be submitted to the Council for Human and Social Development (COHSOD) (Health), and Council for Trade and Economic Development (COTED) (Environment), for endorsement of the major outputs.  We will also ensure the engagement of youth through the CARICOM Youth Ambassador Programme (CYAP).

The Pan American Health Organisation (PAHO), which played the leading role in negotiating for the funds for the project, is the Implementing Agency with overall responsibility for co-ordinating the work.

An important element of this project is the provision made for special assistance of 1.3 million Euro to be given directly to Haiti in its effort to address the COVID-19 pandemic. This aspect will also be managed by PAHO.

I thank the European Union (EU) for its support, which includes the allocation of approximately €60 million under the Caribbean Regional Indicative Programme (CRIP), to Climate Change, Disaster Management and the Management of Natural Resources.  The Caribbean collectively decided to allocate at least €7 million to the programme which is being launched today.

Ladies and Gentlemen, at the recent launch of the State of the Caribbean Climate Report, Professor Michael Taylor, the Director of the UWI Climate Studies Group, made the observation that climate change is rendering our development pillars “unreliable” and will make our development goals “unattainable”.  This is the unfortunate reality not only for our Region, but all SIDS.

According to the World Health Organization (WHO), all populations will be affected by climate change, but some are more vulnerable than others.  People living in SIDS are particularly vulnerable.

Children – in particular, children living in poor countries – are among the most vulnerable to the resulting health risks and will be exposed longer to the health consequences.  The health effects are also expected to be more severe for elderly people and people with infirmities or pre-existing medical conditions.

The WHO says that between 2030 and 2050, climate change is expected to cause approximately 250,000 additional deaths per year, from malnutrition, malaria, diarrhoea and heat stress.

The direct damage costs to health is estimated to be between USD 2-4 billion per year by 2030.

Tellingly, areas with weak health infrastructure, mostly in developing countries, will be the least able to cope without assistance to prepare and respond. It is therefore critical that our Member States have access to concessional development financing based on a Universal Vulnerability Index.

Within the Region, the impact has the potential not only to affect the quality and delivery capacity of health services, but also affects other development factors, such as, labour productivity and more importantly the overall health and well-being of our citizens.

The impact on respiratory conditions is seen every year as the Region braces for the influx of Sahara dust, a phenomenon propelled by the effects of both global climate change, and land degradation and desertification.

The increased incidences of drought we expect to see as a result of climate change can also compromise sanitation services, critical to COVID -19 containment measures.

With respect to agricultural production, expected food shortages and loss of jobs, and by extent purchasing power will definitely have an impact on cardiovascular and other non-communicable diseases (NCDs) as it relates to diet.  This is of concern, given that NCDs is one of the underlying risk factors for exacerbating COVID-19 complications and for increased mortality associated with this illness.

Increasingly variable rainfall patterns are likely to affect the supply of fresh water. Rising sea levels and increasingly extreme weather events will destroy homes, medical facilities and other essential services.  Almost all of our economic activities and most of our housing stock are close to the sea.

We will, therefore, have to grapple with the very real challenge of addressing the mental health implications of coping with property damage, displacement, loss of economic livelihood, and deterioration in sanitation and hygiene standards in the aftermath of tropical cyclones of increasing frequency and intensity.

These concerns served as the impetus for the Caribbean Action Plan on Health and Climate Change signed in Grenada by Ministers of Health in 2018.  And this event, for which we are gathered this afternoon, is a direct response to the 2018 Action Plan.

I am pleased that the design of the Project, which draws on the Pan American Health Organisation (PAHO) one-health approach, is in accordance with the Caribbean Cooperation in Health Phase IV (CCH IV) Framework.

Implementation of the project will also assist in realisation of the Sustainable Development Goals (SDGs), particularly SDG3 which speaks to ensuring healthy lives and promoting well-being for all at all ages.

While we have made some significant strides regionally with our Institutions doing excellent work, strong partnerships remain a lifeline in addressing our challenges.  In this regard, the European Union and PAHO have been steadfast partners in many of the development pursuits of the Region.

I look forward to the outcome that will flow from this Project, since it will allow us to improve our overall resilience and advocacy.

Ladies and Gentlemen, I thank you.