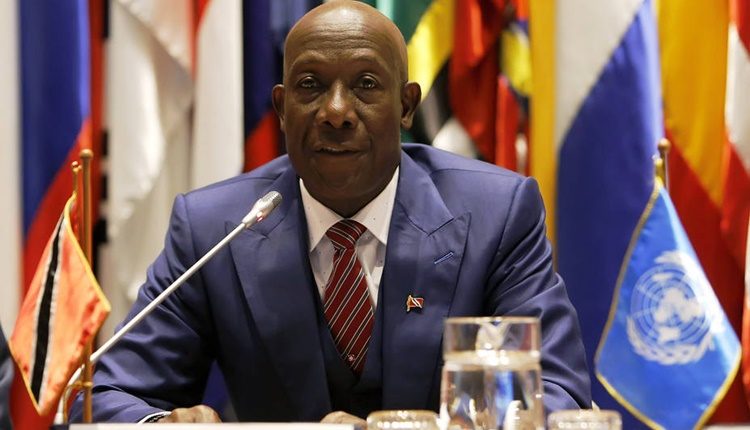 THE Prime Minister in his role as Caricom head is engaged in ongoing talks with figures in the US Administration for access to that country’s excess supply of the AstraZeneca vaccine.

The Office of the Prime Minister (OPM) issued a statement on Monday after Caroni East MP Dr Rishad Seecheran, in a statement, urged the Government to request a share of the 60 million doses of vaccine expected to be on offer by the US to others.

“President Biden in his response confirmed the United States’ commitment to partnering with Covax and other multinational institutions to ensure the equitable distribution of vaccines.”

On March 25, and again on April 7, Rowley met with US Congresswoman Maxine Waters, chair of the House Committee on Financial Services, when one of the key issues discussed was the need for the equitable distribution of vaccines.

“On 19th April, 2021 the Prime Minister held talks with Elizabeth Cameron, special assistant to the President and senior director for Global Health Security and Biodefense at The White House to again highlight the critical need for the region to have an adequate and urgent supply of vaccines.

“In all these meetings, the chairman of Caricom raised our heightened concerns about the increased danger posed by the almost inevitable possibility of variants of the covid19 virus developing or entering within our regional territories. A commitment was received that once the policy of redistribution is readied, Caricom will not be ignored.”

“I believe it would be a tangible show of support for Caricom in confronting the severe economic and social challenges facing our people if you were to share a quantity of vaccines with the community as neighbouring countries on the United States’ Third Border, with strong travel, commercial and familial linkages,” Rowley said.

Biden replied, the US cares about the Caribbean as the two are neighbours and share common values, culture and ancestral connections.

On Monday Andy Slavitt, a senior advisor to Biden, announced that the US us set to release 60 million AstraZeneca doses to other countries once they become available. The vaccines, senior officials said, would not be distributed until they meet the Food and Drug Administration’s expectations for “product quality.”

Seecheran, a doctor, urged the Government to make an immediate request to the US through its embassy in Port of Spain.

He said the Government should not hesitate “as it did when India opened its vaccine supplies to the world in January 2021.”