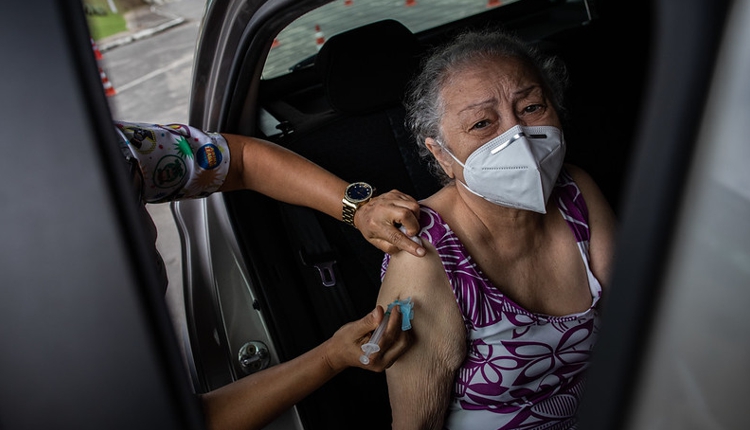 COVID-19: A Race Against Time to Vaccinate

COVID-19: A Race Against Time to Vaccinate

Latin American governments’ rollout of the COVID-19 vaccine has been plagued by an unequal distribution of doses, a lack of ancillary supplies, and political disharmony – and most have little prospect of making up for lost time. The region has struggled to obtain enough doses despite Chinese, Russian, and U.S. vaccine diplomacy, and only 3 percent of the population is inoculated. There is also intra-regional inequality: Argentina, Brazil, Chile, and Mexico have 90 percent of available doses. Only Chile has implemented a successful immunization program.

By contrast, Chile’s vaccination program is a regional success, with nearly 30 percent of its population fully inoculated. Following the program’s December launch, more than 3 million doses were administered in the first three weeks, and the government aims to fully vaccinate 80 percent of the population by June.

The disparity between Chile’s and its neighbors’ results was not a forgone conclusion. Brazil also has a robust national vaccination system, and along with Argentina and Mexico secured vaccine deals around the same time as Chile. The key lies in the more aggressive approach of President Sebastian Piñera’s administration in acquiring as many doses as possible – from wherever they could be sourced – and in its ownership of Chile’s vaccination program. Unlike most governments in the region, in the second half of 2020, when many vaccines were still in development, Chile oriented its health infrastructure and bureaucracy toward a successful inoculation program. Most other countries in the region did not, and they have no available roadmap to make up for lost time.

* Eric Hershberg is the CLALS Director, Christopher Kambhu is a Program Coordinator at CLALS, and Carla Froy is a graduate student at American University’s School of Public Affairs.