The eruption, for a sixth day in a row, came hours after Prime Minister Ralph Gonsalves made an impassioned plea for persons to leave the red zone area as the volcano continues to erupt generating possibly pyroclastic density currents (PCDs).

Gonsalves, speaking on the state-owned NBC Radio said that there were still people residing in the area within the volcano who were still refusing to leave even as the authorities have sent the Coast Guard vessels and vehicles to get them out.

“Persons who have left elderly ones or persons who for one reason or the other do not want to come out the window is narrowing sharply and given the pyroclastic flows, for Heaven’s sake leave.

“If you are over in Fancy, or in Point or in Sandy Bay, wherever you are you get to Owia and somehow if we get to know and even the cycles, the pattern over these eruptions, the prospects of the pyroclastic flows, we have narrow windows.

“Please I am asking you do not risk anymore of your life and your limb. We have done well in having no deaths, no injuries. We love you very much, we want to help to take care of you,” Gonsalves said.

He said since the evacuation order was given last Friday, the Coast Guard has made at least five trips removing more than 100 people including a 19-year-old person whose family had been reluctant to allow him to leave.

Gonsalves said in addition to the hazards caused by the erupting volcano, St. Vincent and the Grenadines is also dealing with the spread of the novel coronavirusm which causes COVID-19.

“Yesterday, for instance, you could see why the Ministry of Health is concerned about doing the PCR test and doing vaccinations because we are in the time of COVID. One of the 12 persons (evacuated) yesterday is someone who … just over two weeks ago, we have the record that he was tested positive.

“We could not find him to test him over even when the community health services went looking for him. Well he is one of the late stragglers. We are testing them now, we don’t know the results as yet. But you know all those who were on the vessel will have to be tested and if there is any problem there is the question of contact tracing at a time like this.

“This is why for persons who are encouraging people not to test or not to take the vaccine, they are irresponsible,” Gonsalves said.

He told listeners that law enforcement authorities have stepped up their surveillance after two people were arrested in the red zone area, having arrived there by boat, in a bid to rob the houses of persons who had evacuated and gone into shelters.

“For instance we got reports yesterday and we intercepted two persons that we got intelligence that there were persons who had arrived at a particular area on the Leeward side of the island which has been evacuated.

“The intelligence was that they were to break into houses and to take people’s important valuables and put them on boat and go elsewhere and sell and so forth,” Gonsalves said, noting that while the two persons had been intercepted, no goods were found in their possession.

He said that security persons from Trinidad and Tobago, the Barbados-based Regional Security System and another Caribbean country are due to arrive here later on Wednesday to beef up security.

Earlier, the Seismic Research Centre (SRC) of the University of the West Indies (UWI) said that an explosion occurred at 11.00 pm (local time) on Tuesday night and that seismic activity at the volcano which erupted last Friday had changed with explosive activity.

“The volcano continues to erupt explosively and has now begun to generate pyroclastic density currents. Explosions and accompanying ashfall, of similar or larger magnitude, are likely to continue to occur over the next few days,” the SRC added.

Grenada to provide $1 million in support to St Vincent

The Government of Grenada will provide $1 million in support for the Government and people of St Vincent and the Grenadines, to help deal with the impact of the explosive eruptions at the La Soufriere volcano.

Prime Minister, Dr the Right Honourable Keith Mitchell confirmed that his Cabinet colleagues unanimously supported the proposal to help the neighbouring country, despite the fiscal challenges we now face.

Grenada initially pledged to accept hundreds of Vincentian evacuees if they opted for relocation and immediately began making arrangements to do so, in collaboration with St George’s University (SGU).

However, at an emergency meeting of the Organisation of Eastern Caribbean States (OECS) Authority, this week, Vincentian Prime Minister Dr Ralph Gonsalves advised his colleagues of a general reluctance among Vincentians to relocate to other countries and in some cases, to even evacuate the high-risk areas.

It is against this backdrop that countries have now started looking at alternative means of providing support for the Government and people of St Vincent.

Dr Mitchell said, “This is a time of serious crisis and our hearts go out to our brothers and sisters in St Vincent and the Grenadines. We have not lost sight of the fact that we are in the middle of a global pandemic that has affected all economies but when a crisis of this nature occurs and your brothers and sisters are in trouble, we simply have to extend a helping hand. It is the right thing to do. In situations like this, I recall September 2004 when Hurricane Ivan devastated our country and these very neighbours, were among the first to help us. Being our brother’s keeper is just part of our tradition as Caribbean people.”

The La Soufriere volcano has experienced several explosive eruptions since last Friday, and with ongoing uncertainty over how long the situation could continue, Vincentians must be prepared for the long haul.

Dr Mitchell said this is even more reason to help because the situation is still unfolding and its true extent may not be known for some time. Also, the fact that community spread of Covid-19 has been confirmed in St Vincent, further compounds the situation.

The Prime Minister said Government’s cash donation will be in addition to all other emergency humanitarian relief that is being coordinated by the National Disaster Management Agency (NaDMA).

The first shipment of supplies left Grenada on Sunday afternoon, arriving in the neighbouring country just hours later. The shipment contained primarily water as this has become an urgent need given the contamination of St Vincent’s water supply, but it also included non-perishable food, hygiene products, baby products and adult care items.

The relief effort continues, and a few other shipments have left Grenada for St Vincent, with excellent support coming from individuals, businesses and organisations.

Meanwhile, preparations continue to be made to host evacuees in the event that persons decide to take advantage of the opportunity. Evacuees are however reminded that all arrangements are to be made at the Government level and the existing Covid-19 protocols will be strictly enforced.

Antigua sends first shipment of supplies to St. Vincent and the Grenadines

The National Office of Disaster Services (NODS) has shipped a 20-foot container of supplies to St. Vincent to assist residents there who have been displaced by the recent volcanic eruption.

Some of these items were contributed by local businesses and organizations while others were taken from the national warehouse.

According to information coming out of St. Vincent, the need now is for water, dry goods and toiletries. Requests are being made for bulk water instead of smaller bottles.

NODS is encouraging those wishing to donate towards the relief effort to contact the office. Donations received will be for general distribution and persons are asked not to send packages for families, relatives or friends.

Meanwhile, the local Met Office is reporting that volcanic emissions from the La Soufriere Volcano in St. Vincent could reach Antigua and Barbuda and the rest of the northeast Caribbean between Tuesday afternoon and Wednesday morning.

It says this could be as a result of a shift of winds at the lower levels of the atmosphere.

According to the Met Office, the chance of emissions reaching the islands is low but there is a reasonable worst-case scenario of it happening. If it does happen, the impact would be minor, at most, but the threat of health problems would be elevated, for mainly unusually sensitive people, such as asthmatics, people with respiratory or heart disease, the elderly and children. These persons should therefore avoid unnecessary exposure to the ash.

Guyana is aiming to send relief items to St Vincent and the Grenadines soonest following the eruption of the La Soufriere volcano on Thursday night.

President Irfaan Ali, along with Prime Minister, Brigadier (ret’d) Mark Phillips and Vice President, Dr Bharrat Jagdeo held an urgent meeting with members of the Civil Defence Commission (CDC) and the Private Sector to coordinate an emergency response to help the sister CARICOM nation on Saturday.

A statement posted to the President’s social media page noted that the meeting with the President brainstormed the fastest possible route to the islands, as flying is prohibited at this time.

The Caribbean nation is grappling with the effects of the eruption of the volcano, which has severely displaced its residents, including a large number of Guyanese. There are over 4,000 Guyanese living in St Vincent and the Grenadines.

President Ali said that it is extremely important to get the items off and urged those present to put all systems in place to get it done in the fastest possible time. This emergency response is expected to be the first of many from Guyana.

Meanwhile, the Private Sector Commission (PSC) is also collaborating with the CDC and is working to supply as many items as possible on the immediate emergency needs.

Additionally, the Guyana Bank for Trade and Industry Limited (GBTI) has established a disaster relief fund to help St. Vincent and the Grenadines.

Persons who wish to donate can do so by visiting any of our GBTI branches and make their deposits to the fund in the account below: 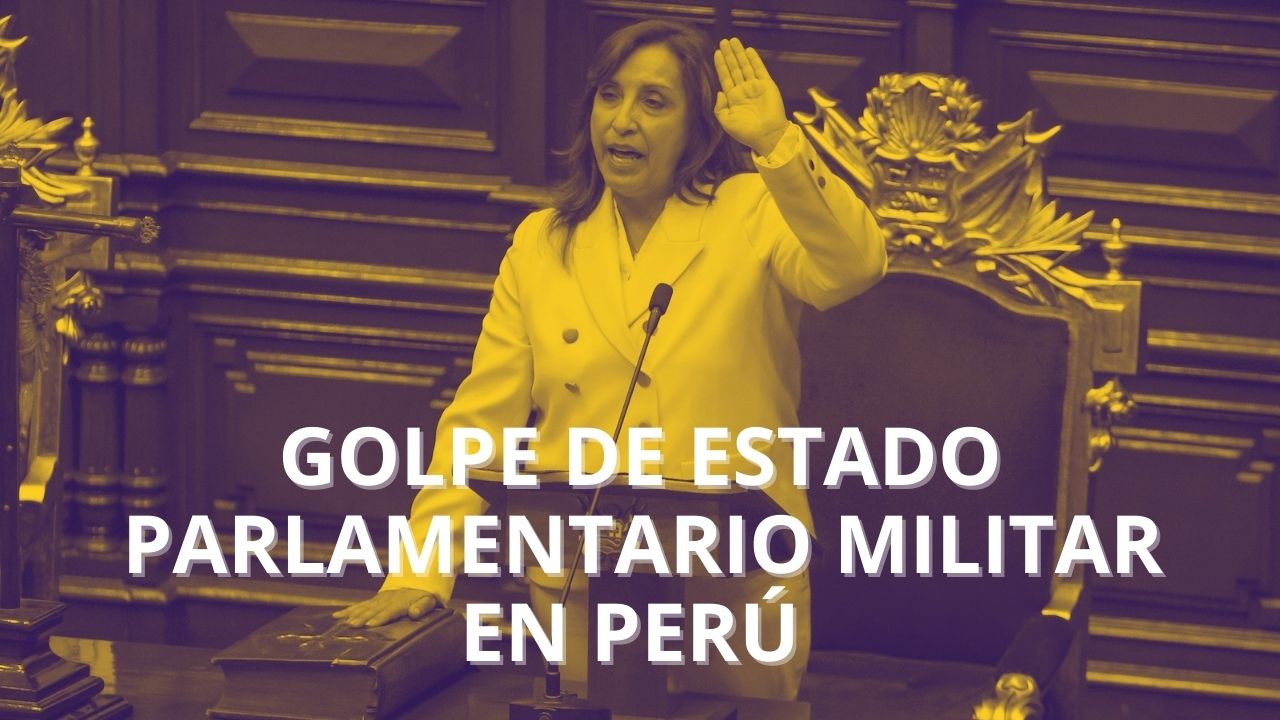 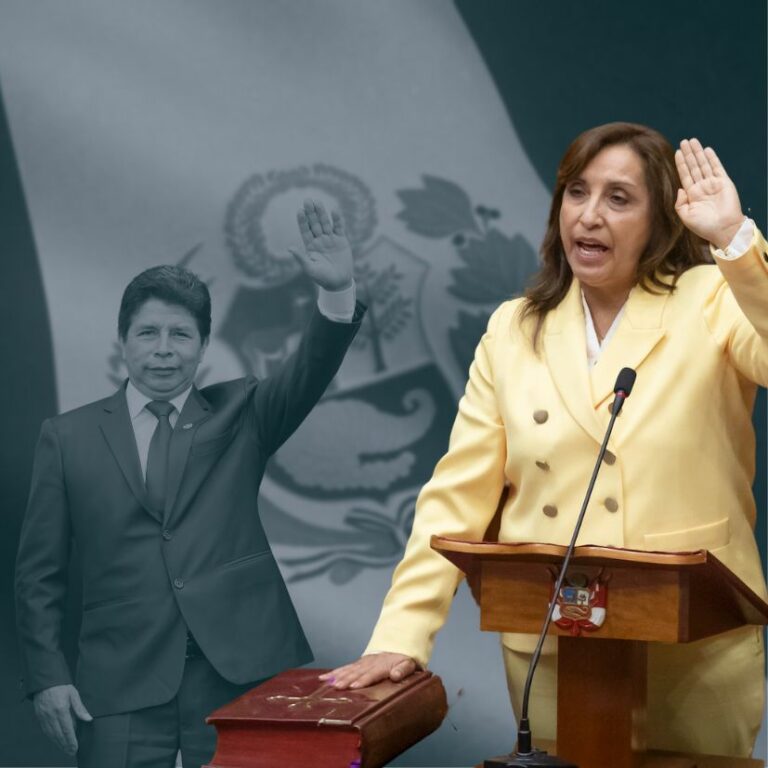