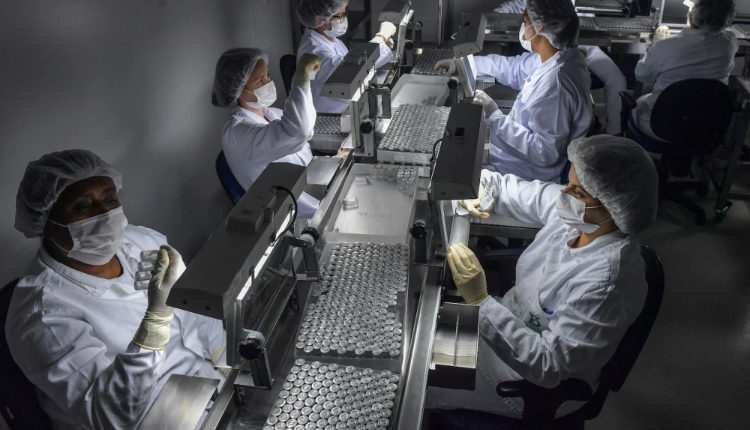 More than one year into the pandemic, it is hard to overstate how much China has improved its standing in Latin America in terms of both its reputation among the general public and its influence with leaders and policymakers. Beijing’s diplomatic triumph—as the provider of the majority of all vaccines administered in Latin America, where the pandemic is still raging and more than 1 million people have died of COVID-19 so far—is all the more remarkable given the obstacles China faced along the way.

First, Chinese diplomats had to address lingering doubts in Latin America about the origins of COVID-19, which led to diplomatic tensions after Brazilian President Jair Bolsonaro suggested the pandemic may be the result of Chinese “chemical warfare.” His son Eduardo, a powerful congressman, along with several cabinet members, insisted on calling the coronavirus the “China virus,” and former Brazilian Foreign Minister Ernesto Araújo often referred to COVID-19 as the “comunavirus” in an attempt to link the virus to communism. Sinophobia has now become a key element of Brazilian nationalist discourse.

Second, the Chinese vaccines utilized in Latin America—Sinopharm, Sinovac-CoronaVac, and CanSino’s Convidecia—have faced serious concerns from the start, aggravated by a series of public relations disasters, including the publication of Sinovac’s wildly diverging efficacy rates, which risked eroding public confidence further. In January, Brazil’s Butantan Institute found a mere 50 percent efficacy rate for Sinovac’s vaccine when produced in Brazil, dampening excitement about vaccination. Bolsonaro took the opportunity to publicly deride the low efficacy. In Chile, authorities have recently had to actively quell doubts about Sinovac’s vaccine after growing public skepticism. Despite Chile’s comparatively high vaccination rates, the country’s case counts have skyrocketed. Meanwhile, in Peru, the Chinese vaccine producer Sinopharm is involved in a political scandal—known as “Vacunagate”—that involved allegedly offering shots from a separate stockpile to the country’s political elite in late 2020 during later phases of testing.

*Is an associate professor of international relations at the Getulio Vargas Foundation in São Paulo. Twitter: @OliverStuenkel