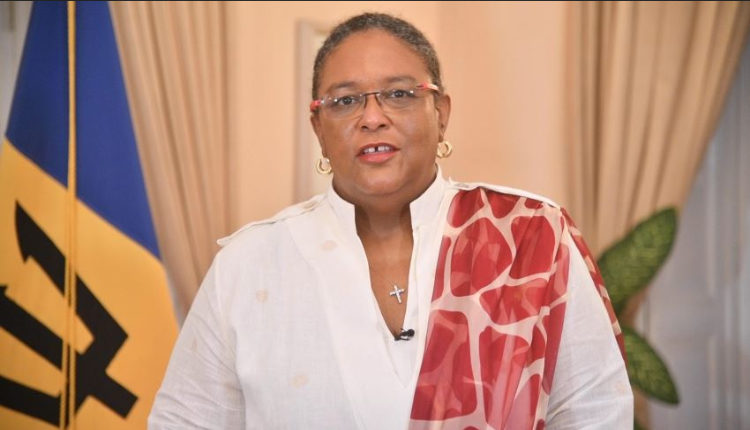 Prime Minister Mia Mottley has given a clear indication that Barbadians will not be subjected to mandatory vaccination.

At the same time, she has indicated that at least two of the existing protocols will be adjusted for the next two weeks.

Encouraging residents not to drop their guard, Mottley announced on Saturday afternoon that the number of individuals allowed at a park will be reduced from 40 to 20 people.

She also noted that nightclubs will not be allowed to open. All other protocols, that were to come to an end on Sunday, will remain the same.
– Advertisement –

During her national address Mottley pointed out that while she was still awaiting national consultation to conclude on the issue of mandatory vaccination by the end of this month, her administration has already indicated that it was not in favour.

“Philosophically, I personally and most of my Cabinet have agreed that we should not mandate vaccine. We are philosophically opposed to the mandate of vaccine. That is not who we are as a people,” said Mottley.

She said that Government’s responsibility was to keep the country safe while “keeping this country united”.

While acknowledge that some people were unable to take the vaccine due to medical reasons, Mottley pledged that she would personally be influencing those who can to take the jab to do so.

“For those of you who are ambivalent I ‘gine be straight, I coming to help persuade you because I believe vaccines will save your lives. To that extent, the questions you may ask – how so fast, what we are doing, all those things – we want to talk about,” she said.

“There are some institutions that we do need to encourage healthy uptake … for example, persons who are not wanting vaccines because they are a little ambivalent, we are going to come and talk with you. Persons who may have concerns or medical concern, we are going to try and find the answers for you, persons who are adamant that they do not want it, we respect you but we want to recognize also that for all of us, that this is a country that we invariably never have 100 per cent of one thing or another but we have learned how to live together and carry each other,” said Mottley.

She also reiterated that her administration would not be asking Barbadians to pay for the COVID-19 tests unless they were travelling.

From next week Minister of Education Santia Bradshaw is expected to meet with stakeholders regarding students receiving the COVID-19 vaccination.