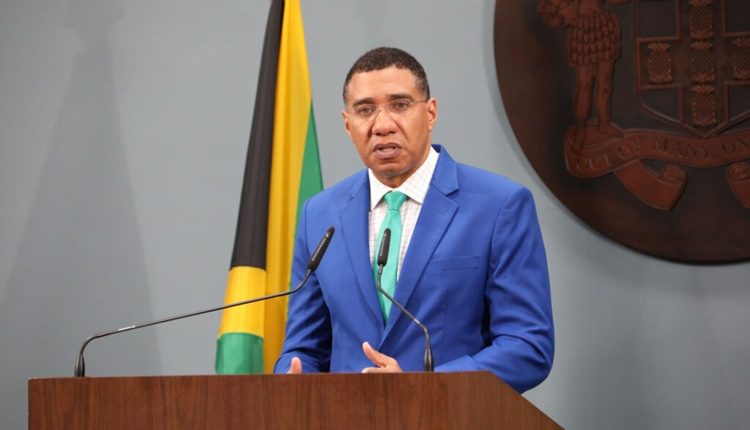 Prime Minister Andrew Holness says there will be a comprehensive review of Jamaica’s Constitution next year, indicating that the pandemic “has exposed gaps in the law that must be rectified.”

The last major review of Jamaica’s independence Constitution of 1962 came in 2010 with major amendments to the Charter of Rights and Freedoms.

Holness, addressing the Jamaica Labour Party (JLP) 78th annual conference, held virtually on Sunday, said he has asked the minister of justice and the attorney general to advise him on the process of reviewing the Constitution.

“We do intend to start next year, the process for constitutional review and the necessary reforms that may flow from that,” Holness said, adding that his government intends to table several pieces of legislation before the Parliament, including the Jamaica Teaching Council Bill, which he said, has been “bouncing around for 10 years”.

The bill, which will establish professional codes and standards for teachers, will be brought to Parliament in early 2022.

Holness, a former Education Minister, said education “has suffered in the pandemic and it has also suffered reputational damage and I don’t feel good about that”.

He told the JLP conference that the Teaching Council Bill will restore not just dignity in education but also the outcomes of education.

Prime Minister Holness said the government will also bring into force the new Organised Crime and Anti-Corruption (MOCA) regulations, which he noted, are part of efforts to strengthen the anti-corruption framework.

In addition, the government also intends to table the full regulations under the Road Traffic Act to bring effect to the parent legislation which was passed by the Parliament in 2018 and thus “begin the much-desired process of bringing order to our roads”.

Prime Minister Holness said that apart from murders, “the next big complaint is the indiscipline on our roads.

“That legislation will carry us one step further to bringing order to our roads,” he stated.

During his address, Holness said he believes that criminals convicted for illegal possession of a firearm should be put to death.

“Anyone found with a gun [that is illegal] should start with the death penalty,” he said, adding “that’s how strongly I feel about it. That’s how serious we should treat it”.

Prime Minister Holness said that there needs to be stiffer penalties for those who import weapons, provide the weapons to the “killers” [and] who use them to intimidate people.

“They should start at the highest level (the death penalty). They shouldn’t get automatic plea bargaining. Those who perpetrate this should face the most severe consequence,’ Holness said urging that the argument presented by some people who go on to receive relatively light sentences after successfully arguing that the gun is for their defense, must be rejected.

“We must have a movement to disarm Jamaica of illegal guns,” he said, adding that the only way there should be a reduction in sentencing is if the person found with the illegal weapon offers up information about where the gun came from, how he or she got it and who sent it.

“As you give us information, you get a reduction in your sentence. We have wrestled with this because of the issue of the rights of the individual, even a criminal has rights,” he said.

Holness said he had taken a personal interest in the Firearms Act, which is being amended, as the government looks to legislation to aid in the fight against crime.

He told JLP supporters that his position is also against the background that guns are used in up to 80 percent of the murders committed in Jamaica each year.

“I wish it [the amendments to the Firearms Act] could be that draconian,” Holness said, adding that he believes “at the heart of the problem is the easy access to the gun.

“The problem that we have in Jamaica is the mass, unregulated inflow of unregistered light arms and weapons from post-war countries and from our big trading partners to the north,” Holness said, telling supporters that these weapons arrive in Jamaica in exchange for drugs “or are sent in barrels with food to families to support internecine gang wars, for sport and ostentatious display”.

Holness said that guns are also used to support the control of “turf” with the ultimate impact of destabilizing the Jamaican state by the expression of the ultimate violence and taking lives.

The Jamaica Constabulary Force (JCF) said there had been more than 1,200 murders in just over 10 months of this year, significantly higher than the same period last year.

Figures released by the JCF showed that there were 1,215 killings from January 1 to November 6, compared to 1,101 during the corresponding period in 2020, representing an increase of 10.4 percent.