During the ceremony, the new chair of the Permanent Council emphasized that he assumes the responsibility in a challenging context for the region.

“The OAS and its member states are at a crossroads: the ongoing pandemic has presented an additional challenge to the region’s resilience,” he said. “As a family of nations under one umbrella, it serves no useful purpose to hide our frailties. I believe it is of paramount importance that we confront our challenges together,” ambassador Hull concluded.

Meanwhile, the outgoing chair and Permanent Representative of the Dominican Republic, Josué Fiallo, thanked all the OAS member states “for their constant support” and for “the collective effort demonstrated to jointly build a work plan for the quarter that has just concluded.” He also noted that “this year begins with great challenges” and offered the support and willingness of his country “to work decisively in the direction that the Organization determines under your leadership.”

The Permanent Representative of Saint Vincent and the Grenadines, Lou-Anne Gaylene Gilchrist, will serve as vice chair of the Council during the first quarter of 2022.

The Executive Secretariat for Integral Development (SEDI), through the Department of Economic Development (DED) of the Organization of American States (OAS), in collaboration with the Ministry of International Trade, Industry, Commerce and Consumer Affairs of the Federation of St Kitts and Nevis – launched Phase II of the project, “Establishment of Small Business Development Centers (SBDCs) in CARICOM Member States”, on Friday, November 16, 2018 in Basseterre, St Kitts.

Ms Rene Penco in the Department of Economic Development of the OAS, gave brief remarks and the Honorable Lindsay Grant, Minister of Tourism, International Trade, Industry, Commerce and Consumer Affairs gave the Feature Address at the Launch.
Implementation of the Inter-American Convention against Corruption (MESICIC)
Basseterre, St Kitts, Monday November 26, 2018

The Department of Legal Cooperation, Secretariat for Legal Affairs of the General Secretariat of the Organization of American States (OAS), conducted an on-site visit to St Kitts and Nevis to “Follow-up on the Implementation of the Inter-American Convention against Corruption (MESICIC).

The Organization of American States (OAS) Office in St Kitts and Nevis was invited by the Ministry of Tourism to attend the opening ceremony of the OAS Sponsored Artisanal Producers Project workshop, entitled “Achieving Market Access for Niche Artisanal Producers”; at the Ocean Terrace Inn (OTI), Fortlands, Basseterre, on Thursday, October 25, 2018.
The artisans and entrepreneurs, at the end of the workshop would have acquired the skills and knowledge as to how to improve their products and manage their businesses.
In accepting the invitation to the opening ceremony of the Artisanal Producers workshop; the OAS Staff in the St Kitts and Nevis Office, thought it was useful. The participants, presenters and other stakeholders became aware of the existence and purpose of the Organization of American States, as it is currently celebrating its 70th Anniversary (April 1, 2018 to March 31, 2019).
The Permanent Secretary, in the Ministry of Tourism, said in her remarks that, “As a Ministry we are pleased and proud to be endorsing and hosting yet another workshop for our artisans; this time in collaboration with the OAS (a round of applause for the OAS who is this year celebrating 70 years of existence and service to the people of the Caribbean and the Americas). The OAS is also fully invested in people development and empowerment and did not hesitate when asked to support this initiative. Ms Seaton, please convey our heartfelt thanks for the kind assistance received for this project.”
Attached are two photographs taken at the Artisanal Producers workshop, held Tuesday, October 25, 2018.
CLARENCE FITZROY BRYANT COLLEGE’S (CFBC’S) “INTERNATIONAL STUDY FAIR”
Basseterre, St Kitts, Monday October 29, 2018

The Organization of American States’ (OAS’) Office in St Kitts and Nevis responded positively and enthusiastically to the Clarence Fitzroy Bryant College’s (CFBC’s) request to participate in its (CFBC’s) “International Study Fair”, held at the College’s Main Campus, Burdon Street, Basseterre, St Kitts on October 23, 2018.
The “International Study Fair” targeted the hundreds of annual High School/Secondary School graduates – the potential college cohort.
For its part, the OAS Staff in St Kitts and Nevis had an information booth and kept it manned by said staff who interacted, over the course of the day’s event, with the various students, teachers and other interested stakeholders.
The information, exhibits and dialogues tended primarily to focus on the origins and nature of the involvement of the OAS in the Federation of St Kitts and Nevis; kind and process of scholarships disbursed to date and opportunities for the future; and the fact that the OAS is currently celebrating 70 years of existence (April 1, 2018 to March 31, 2019).
All in all, the OAS St Kitts and Nevis Staff indicated that, “the outreach proved useful to both students and the OAS, especially in light of the 70th Anniversary celebrations now taking place.”
OAS INTER AMERICAN DRUG ABUSE CONTROL COMMISSION (CICAD) SEMINAR
Basseterre, St Kitts, Wednesday April 11, 2018

OAS/CICAD in collaboration with the Government of St Kitts and Nevis hosted a national seminar on the control of chemicals used in the production of illicit drugs and synthetic drugs/NPS identification, investigations and interdiction for the officers in St Kitts and Nevis from April 3-5, 2018.
CAREER COLLEGE HEALTH EXPO
Basseterre, St Kitts, Thursday March 1, 2018

The OAS Office in St Kitts and Nevis participated in a Career College Expo, under the theme, “Opening Doors, Creating Opportunities Through Service and Empowerment”, organized by the Department of Labor of the Government of St Kitts and Nevis on February 23, 2018 at the Independence Square in Basseterre, St Kitts.

OAS through its Executive Secretariat of the Inter American Drug Abuse Control Commission (CICAD) in partnership with the Government of St Kitts and Nevis, the European Union (EU), the Caribbean Community (CARICOM) convened a regional workshop, entitled “Design and Implementation of National Drug Strategies and Plans”.

The Workshop provided an opportunity for the Caribbean to share its experiences in the “design, implementation and the evaluation of Strategies and National Drug Plans”. Fourteen (14) OAS member states, including a large contingent from the host country, St Kitts and Nevis, participated in the joint efforts aimed at producing a Strategic Plan.

The venue of the Workshop was held at the Ocean Terrace Inn for the period February 21-23, 2018 and was of great success.
SUMMITS 101: Informative Session with Civil Society Organization and Social Actors about the “Summits of the Americas Process”.
Basseterre, St Kitts, Wednesday December 14, 2016

Through this information session, representatives of civil society organizations and social actors across the Hemisphere will obtain a better understanding of the Summits Process and the diverse mechanisms of participation available to them.

The Summits Secretariat wants to strengthen the participation of all social actors and civil society organizations looking towards the next Summit of the Americas, to be held in Peru in 2018.
ELECTORAL REFORM
Basseterre, St Kitts , Thursday September 22, 2016

Meetings with the Supervisor of Elections.

Disseminate information to the public especially students, through the schools and social media.

March 21, 2016 a Media Launch of Earth Week SKN and Celebrations for Earth Day. Awareness for the community and a platform for stakeholders to share their views.
ELECTORAL REFORM
Basseterre, St Kitts, Thursday September 22, 2016

Engaging with the Government and the relevant stakeholders to exchange ideas on Electoral Reform, so far 3 of the 5 major parties have been interviewed on their position regarding this issue.
ITEN/OAS TECHNICAL COOPERATION MISSION IN ST KITTS AND NEVIS
Basseterre, St Kitts , Tuesday May 19, 2015

Representatives of the Ministries of Education of Antigua and Barbuda, Grenada, St. Kitts and Nevis, St. Lucia, and St. Vincent and the Grenadines met last week, from May 12-15, to revise the Organization of Eastern Caribbean States (OECS) Lower Secondary School Science and Technology Curriculum.

This team effort has also produced a policy draft on science and technology education to be implemented in the OECS region. Furthermore, an online repository of resources on science for teachers will be created, with the goal of facilitating knowledge exchange among science educators on the theme.

This initiative was sponsored by the Inter-American Teacher Education Network (ITEN) of the Organization of American States (OAS), under the framework of the OAS-ITEN Technical Cooperation Missions on Education.

Also, as a result of this cooperation, in the upcoming months, the OAS-ITEN together with the OECS Ministries of Education will be offering professional development for teachers in the region. These certified courses will be free of cost, and offered through an online platform and podcasts, with a focus on science and critical thinking. 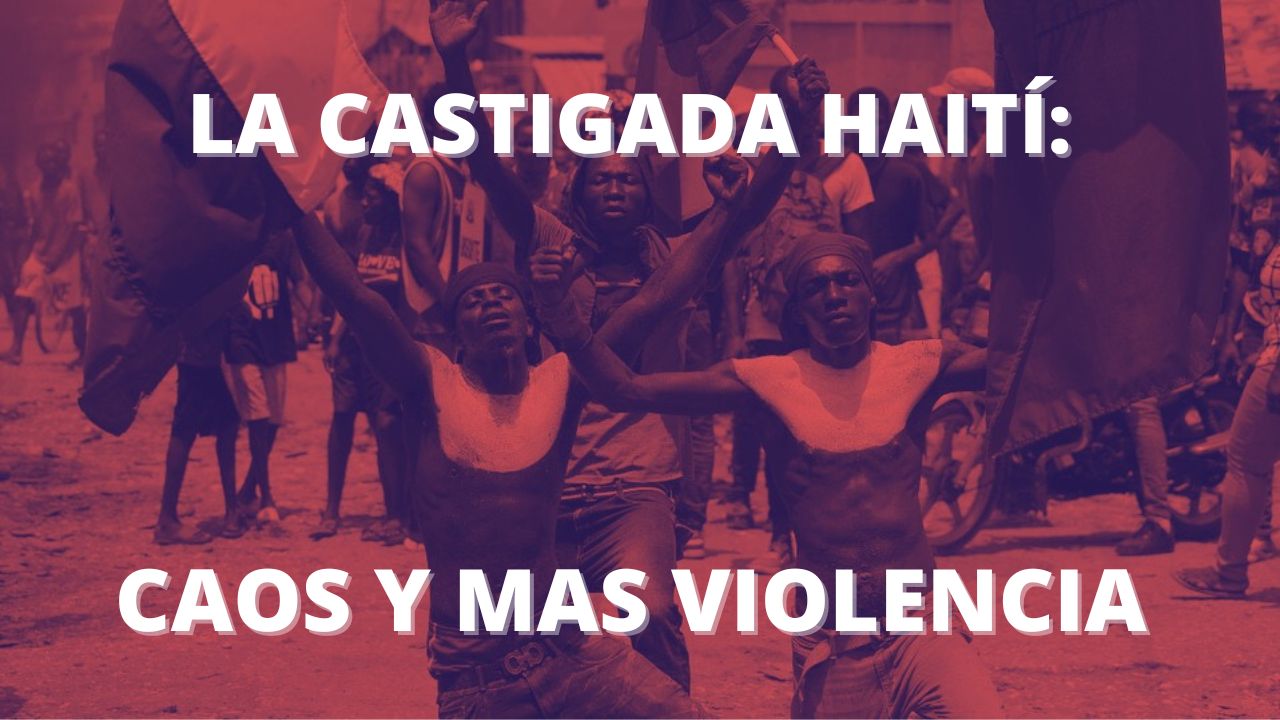 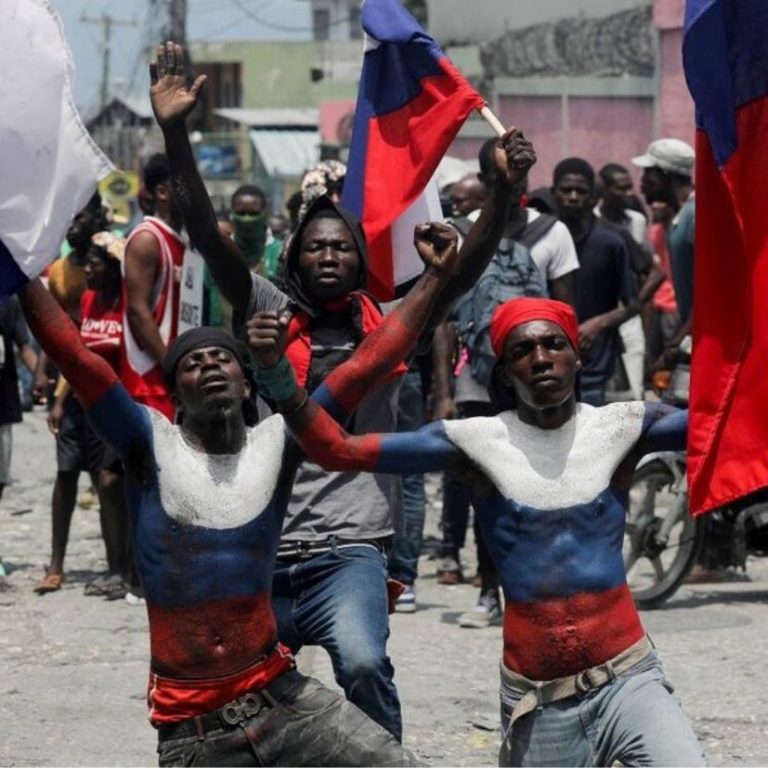