Don’t cry for the Catholic Church in Argentina or anywhere else in Latin America.

The church may have lost privileged status in many nations, and is dropping some market share to a rapidly growing Pentecostal movement.

But the combination of increasing religious freedom and competition is also fueling a Catholic renewal movement, and equipping the church with the community-based revival necessary to meet challenges from the prosperity gospel movement to the secularization of many Latin American nations, analysts say.

Not to mention that concern over Pentecostal successes played a role in the election of the first pope from Latin America, an Argentinian archbishop who is winning widespread regional acclaim for his humble, pastoral approach.

Greater attendance at Mass. The flowering of a Catholic charismatic movement with lay leadership and culturally sensitive worship that also shares the Pentecostal commitment to evangelism. And a revered global leader emerging from its ranks.

A church in Latin America that was in danger of becoming a stale religious monopoly – witness the malaise throughout much of Western Europe – is reasserting itself in what is a vibrant religious landscape from Mexico to Brazil, according to some researchers.

“The Catholic Church has undergone a stunning awakening in Latin America,” sociologists Rodney Stark of Baylor University and Buster Smith of Catawba College write in the journal of Latin American Politics and Society. “Where once the bishops were content with inaccurate claims about a Catholic continent and a reality of low levels of commitment, the Catholic Churches in Latin America are now filled on Sunday with devoted members, many of them also active in charismatic groups that meet during the week.”

No one religious group can be all things to all people, and the dramatic rise of Pentecostal and Protestant charismatic movements in Latin America is testimony to what were the unmet spiritual needs of many in the region, researchers say.

About nine in 10 Latin Americans are Christians, but the rapid growth of Pentecostalism is a major factor cutting into the percentage who are Catholic.

Eighty-eight percent of Latin Americans were Catholic in 1970, but that percentage isexpected to drop to 80 percent by 2020, according to the Center for the Study of Global Christianity at Gordon-Conwell Theological Seminary. The Pew Research Center estimates the percentage of Catholics in Latin America and the Caribbean dropped from 90 percent in 1910 to 72 percent a century later.

In countries such as Brazil, which has the largest number of Catholics in the world, the percentage self-identifying as Catholics declined from 74 percent in 2000 to 65 percent in 2010.

The story those percentages do not tell, however, is that Latin America has been and continues to be a source of dramatic growth for the Catholic Church as well as Pentecostalism.

In the last century, Pew reports, the percentage of the world’s Catholics in Latin America and the Caribbean has risen from 24 percent to 39 percent, with an estimated 425 million of the world’s nearly 1.1 billion Catholics residing in the region in 2010.

And part of that Catholic growth in recent decades has come from the rise of Catholic charismatic groups, which from their origins in the late 1960s now attract an estimated more than 70 million followers in Latin America, according to scholars such as Jakob Thorsen of Aarhus University in Denmark.

And those followers, unlike many nominal Catholics on the continent, are active and committed.

The Catholic Charismatic Renewal movement has led to an internal revival that has seen Mass attendance rise and some of new converts “or reconverts,” Catholics returning to their faith, according to religion scholar Carlos Frederico Barboza de Souza of the Pontifical Catholic University of Minas Gerais.

Catholic charismatic figures such as the Rev. Marcelo Rossi, “the singing priest” who has 12 million-selling albums, and the Rev. Jonas Abib, who helped found the New Song community to spread the faith through the media, rival the popularity of the leading Pentecostal pastors, Barboza de Souza said at a conference of writers and scholars earlier this month in Belo Horizonte, Brazil. The conference on religion in Latin America was sponsored by theInternational Association of Religion Journalists.

This is not to say the new religious freedom is not messy.

In the Belo Horizonte meeting, journalists and scholars spoke of continuing harsh attacks on the Catholic Church and the new pope by some Pentecostals, and spoke of concerns about perceived excesses of some “prosperity gospel” preachers in their handling of and appeals for money.

The rising Protestant presence in regional politics and the powerful Catholic-Pentecostal coalitions that have formed on issues such as abortion and same-sex marriage illustrate an increasing role of religion in public life. But for some, they also demonstrate concerns about the separation of church and state.
What appears to be clear, however, is that an increasingly open marketplace is contributing to a rising tide of religion in the region.

Competition has led to dramatic growth for an expanding number of Pentecostal groups such as the Assemblies of God to indigenous independent charismatic Protestant groups that are now sending missionaries overseas.

Yet, as noted by Stark and Smith, the 1990 prediction by David Stoll, author of “Is Latin America Turning Protestant,” that growth rates suggested five or six Latin nations would have Protestant majorities by 2010 has not been realized in even one country.

Their analysis of 2007 and 2008 Gallup World Poll data shows Latin American Catholics today “are attending church at a truly remarkable level,” with weekly attendance rates of 60 percent or higher in eight nations. In countries where a higher proportion of the population is Protestant, Catholics tend to attend more and be more likely to say that religion is important in their daily lives.

Cry for religion in Latin America? The truth is it may be at its most vital moment in history.

David Briggs is also executive director of the International Association of Religion Journalists. 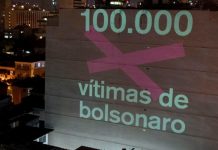 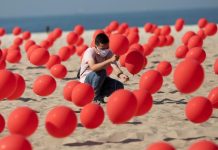 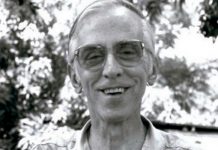 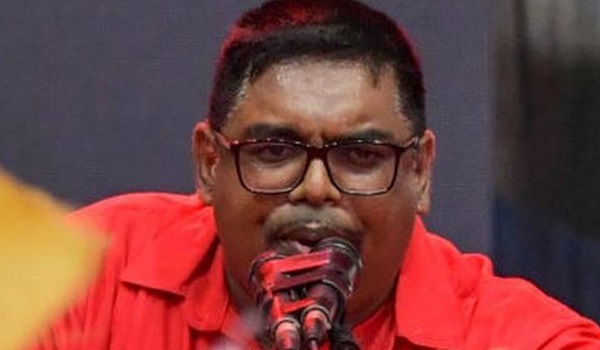