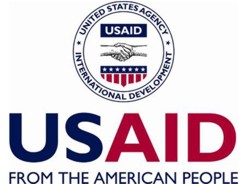 Gov’t position on LEAD project based on facts

UNITED States Ambassador to Guyana, Brent Hardt, last Friday hinted that the contentions of the Government, in relation to the controversial $300M Leadership and Democracy (LEAD) project funded by the United States Agency for International Development (USAID), are unsupported by fact.

Speaking at a World Press Freedom Day reception hosted at his Cummings Lodge, Georgetown, residence, Hardt said, “I would encourage all of you (journalists) to not be afraid to ask the tough follow-up question. For example, when a government official suggests that a foreign assistance programme is providing assistance to political parties, ask those officials to back up their allegations. Don’t keep repeating the same unsupported allegations in follow-up reports, press for new information, investigate, and inform.”

PROOF EXISTS
However, Presidential Advisor on Governance, Ms. Gail Teixeira, in an interview with the Guyana Chronicle yesterday, trashed the Ambassador’s comments and was vehement in her assertion that the Government’s position can be proven.

“If the Ambassador wants proof, I have proof,” she declared.
The Presidential Advisor told the Chronicle that the disingenuousness of the Ambassador’s comments is clearly seen in the internship component that is part of the LEAD project.
Teixeira said, “The internship component was supposed to have seen students of the University of Guyana (UG) being attached to the Parliament Office, which has not been done.
“I have proof of UG students assigned to the AFC (Alliance For Change), who are paid a miserly stipend, without any written agreement from the University of Guyana, nor the Parliament Office. This happened in April, in the middle of the Budget debates.
“I also have proof that the APNU(A Partnership for National Unity) was approached for three interns to be attached to their party, but as of last week, no decision was reached.
“These are political parties that are being supported, not the Parliament office. The PPP/C (People’s Progressive Party/ Civic), which is the largest party represented in the National Assembly has not been approached for any such assistance.”
Two of three components of the LEAD project speak to engagement of the National Assembly during its implementation. The first component seeks to encourage consensus-building in the National Assembly and facilitate more effective interaction between the Assembly and citizens. The second component aims to strengthen the effectiveness of the National Assembly and boost citizen engagement with Parliament.
“If the Ambassador wants proof, I have proof,” she reiterated.
According to her, Ambassador Hardt is well aware of the trail of correspondence from 2012 to October 2013, when Cabinet made clear its disapproval of the implementation of the project.
The project was not approved by Cabinet, and this was formally indicated to the relevant authorities on October 26, 2013.

HELL BENT
The Presidential Advisor said, “It is unfortunate that no less than the Ambassador of the United States appears hell bent on attacking and questioning everything the Government says on this project.
“It is unfortunate and denigrating to the position he holds, representing the United States Administration, particularly since he is well aware of the Government’s position based on concerns that have been communicated to him.”
Teixeira also addressed the contention of the US Ambassador that the LEAD project’s features are captured in a September 2009 agreement between government and USAID titled ‘Governing Justly and Democratically’.
She said, “There are several 2009 agreements. The one agreement, which includes several projects, including one on democracy, expired in 2011, and that was the one that we worked on together, with USAID and the US Embassy.
“There was another agreement of 2009 signed by Finance Minister, Dr. Ashni Singh, in September. It is a multi-year agreement, but when you look at the 2009 agreement, there are no such provisions for the kinds of areas that the LEAD project includes.
“The US Ambassador has said to us that the 2009 agreement covers the areas under LEAD, but we do not agree.”
She made it clear that it is “a stretch of the imagination” to contend that the LEAD project’s components are covered by the parameters of the September 2009 agreement.
“It is a stretch of the imagination when one looks at the 2009 agreement and how the general agreement has been stretched…we don’t agree and we do not buy it,” the Presidential Advisor said.

FIRST IN TWO DECADES
In a prior interview, Teixeira had said the current position of U.S. officials is a departure from the usual bilateral relations existing between the two countries.
She said, “The problem with the LEAD project is that it is a breach of the normal bilateral relations, as well as that the content has concerns for the Government – concerns which we expressed.
“This is the first time in 20 years that a project has not gone through that process. It has never happened between 1992 and 2012, and we are not agreeing to it because of the rejection of the Government’s participation.”
Teixeira questioned why the Government was not involved in the consultations on the project.
She stated that the Guyana Government and the American Administration have worked together over the last decades on US-funded projects.
“It has always been a collaborative effort, in which we agree on a design of a project and the implementation of that project,” she said.
Referring to examples of the unchallenged implementation of projects that addressed the issue of democracy, Teixeira said: “I was part of other projects that dealt with democracy: the Consolidation of Democracy project, which ran from 2004 to 2006; and the more recent one, from 2009 to 2012, which dealt with trafficking in persons and violence against women and such.
“In all of this, we sat with USAID and the U.S. Embassy to consult on the project over several days, some several weeks, and we came to agreement and the projects were signed off.”
She therefore maintained that the Government’s position has been made clear, and remains unchanged in relation to the LEAD project.
“Were the LEAD project to have gone through the protocol over the last 20 years, we probably would have come to an agreement and fine-tuned the number of concerns we had, which we have had with other projects with USAID,” Teixeira said.
She said what was provided to Government was a “done deal”, rejected by Government primarily on that basis.
“The main problem is the way in which the project is being implemented,” Teixeira reiterated.
The current Administration is at present awaiting a “timely and official” word from the United States Ambassador to Guyana, Brent Hardt, on Government’s reiteration of both its willingness to engage in talks over the project, as well as the condition that the implementation of the project be halted to facilitate talks.

The US embassy today said that the government’s decision to revoke the permit of the head of a controversial democracy project here was contrary to the government’s commitment for a review of the project.

Its announcement on Wednesday that the work permit for the Head of the project, Glenn Bradbury had been revoked for activities that offended the Laws of Guyana sparked surprise here and concerns about how this would impact on relations with Washington.

The US has been adamant that the project will go ahead, arguing that it is in line with the framework for bilateral relations agreed in 2009.

The government has advanced several reasons why it is opposed to the project but these objections have been denied by the US.

The statement from the US embassy today follows:

GEORGETOWN – The United States Embassy in Georgetown welcomes the willingness of the Government of Guyana to reengage in discussions with the United States on democracy and governance, and specifically in relation to the USAID LEAD project.

LEAD is designed to benefit the Government and people of Guyana through the promotion of understanding and consensus-building within the National Assembly; greater citizen engagement with Parliament; civic education on local government and greater civic engagement among women and youth.

The LEAD project implements the objectives described in the USAID Assistance Agreement for Governing Justly and Democratically, reached between the United States government and the Government of Guyana in 2009.

The United States regrets the decision taken by the Government of Guyana, announced publicly April 30, to revoke the work permit it had issued to Mr. Bradbury on September 25, 2013.